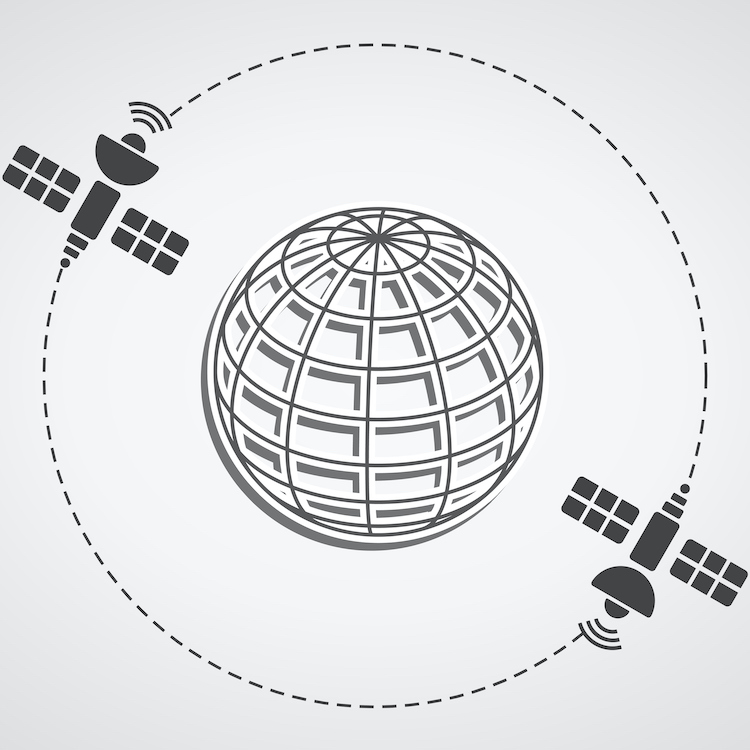 What do GPS, cloud data centers, power substations, the Department of Homeland Security, and Microchip all have in common?

A very clear sense of time.

I’ve often thought that Microchip has the world’s best company name. It’s so descriptive. Tell any random stranger that you work at Microchip and it instantly answers all sorts of follow-up questions. It’s right there in the name, isn’t it? The company makes microchips.

Except when it doesn’t. Turns out, Microchip runs its own Time Variance Authority, although manager Greg Wolff says it’s really called the Frequency and Time Systems Division. This lucrative but little-known corner of Microchip doesn’t make chips at all. They make software and atomic clocks.

Their specialty is GPS navigation, which, as we all know, is powered by pure #%$@! magic. Evidently, satellites are involved, too, but accurate navigation surely requires more than just clocks on rockets.

Among GPS aficionados, the field of study is properly called PNT: positioning, navigation, and timing. That encompasses the American GPS system as well as the four alternative satellite-navigation constellations of Glonass, Galileo, Beidou, and QZSS. But it’s also more than just SatNav. PNT can be anything that helps you navigate, locate, and/or tell time, and that includes gyroscopes, compasses, Bluetooth… and atomic clocks.

A surprising number of businesses and industries rely on PNT, and not just to determine where they are. Sure, airports and seaports (and aircraft and ships) need accurate location data, but so do railroads, trucking fleets, warehouses, and construction crews. Less obvious are the data centers, power utilities, cellular providers, and government IT networks.

Power stations? Power stations don’t move; why do they need PNT? For them, it’s the “timing” part, not the position or navigation. They need hyper-accurate clocks to manage and switch the utility grid. Similarly, large data centers need accurate time, as do many big IT networks. Navigation satellites are a good source of timing information, even if you never use them to navigate.

In fact, so many industries rely so heavily on PNT time derived from satellites that the US Department of Homeland Security has deemed it a security risk. If those satellite signals were to be jammed, spoofed, or simply stop working, so would many critical businesses. We’ve become almost too dependent on GPS (says the DHS) and we need to (a) beef up its reliability, and (b) look for alternatives.

(In case you’re wondering, the US military saw this coming and planned ahead. Back when GPS was first deployed 40-some years ago, there were essentially two parallel GPS systems: the one we use now, and an ultra-secure format used only by active combat units. The latter is being replaced by M-code.)

To make PNT data more “resilient,” in government terminology, you need a backup. That might be a second (or third…) satellite network, or it might be a terrestrial timing network. Such things already exist. POTS telephone networks, for example, may operate their own private timing network to distribute accurate information across telco switches, central offices, and remote installations. Wireless carriers do the same thing. Timing networks generally use atomic clocks, which Microchip conveniently also sells. Time is money.

The problem lies in deciding which timing source to trust. It brings to mind the old adage, “A man with a watch always knows the time. A man with two watches is never certain.” If you’ve relied on GPS for the past 20 years, why switch now? Is it still reliable, or is the signal being manipulated somehow? How would you know? This is where Microchip comes in.

The company’s TimePictra software tool aggregates data from multiple timing networks, both celestial and terrestrial. It presents a friendly dashboard to users so they can make a quick determination of the health of their preferred timing source. Digging deeper provides detailed data on RF signal strength, timing jitter, positioning accuracy, and the correlation between “live sky time” and “terrestrial time,” all of which might indicate an unreliable source. Switchover to an alternative timing network can be automatic or manual. The new version meets DHS Level 4 for resiliency, the highest level.

What do GPS, TCP/IP, and QWERTY all have in common? They’ve all been stretched far beyond their original design goals and have become an intrinsic part of everyday life — a flawed standard that it’s too late to change. Few expected GPS navigation to become so prevalent, so cheap, and so indispensable. Fewer still expected it to become an irreplaceable global clock, unrelated to its navigational uses. But here we are.