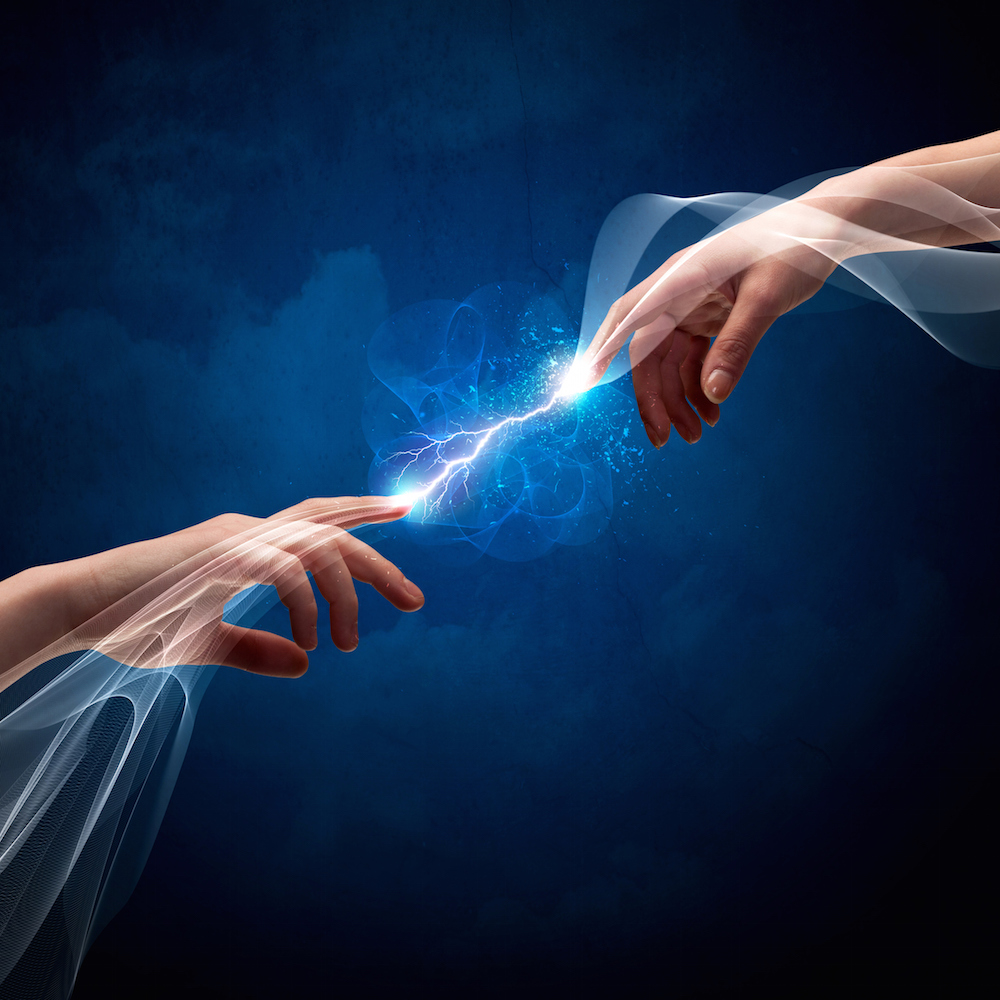 “There is no Moore’s Law for pins.” – Ajay Bhatt, Keyssa

I admit it: connectors are boring. They’re the night-shift janitors of the electronics world, a nuisance for PCB layout people, and about as sexy as a head cold. Still, you gotta have ’em.

Or do you? One startup company has come up with a “wireless connector,” an oxymoronic bit of technology that makes more sense the more you think about it. It’s a niche solution to a specific set of problems, but sometimes those are the most lucrative kind.

It’s called KSS104M, or “kiss” for short, and it’s the brainchild of Keyssa, a 50-person company jointly headquartered in the Silicon Valley suburb of Campbell, California and the Northwest metropolis of Portland, Oregon. Investor backing comes from Foxconn, Intel Capital, SK Hynix, Samsung, and other tech VCs.

And what does a KSS104M do? It’s a wireless, contactless replacement for high-pin-density connectors carrying high-speed signals like Ethernet, DisplayPort, PCIe, camera interfaces, SuperSpeed USB, and the like. It replaces the physical pin-and-socket connectors with an extremely short-range wireless interface. A single RF connection can carry dozens of virtual signal pins with a combined data rate of 6 Gbps. In short, it’s a PCB connector… without the PCB connector.

Why would you want something like this? At first blush, replacing a simple and reliable mechanical connector with an exotic, high-tech, wireless alternative seems like a wholly inappropriate and pointless use of technology – a solution in search of a problem. And yet, it’s already getting traction among makers of medical devices, automotive sensors, and consumer electronics. They all seem willing to replace PCB connectors with Keyssa’s wireless technology. What’s the attraction?

The key benefit is flexibility, in both the literal and the figurative sense. It’s difficult to pass a ribbon cable through a narrow gap in a system enclosure, and it’s tricky to connect and disconnect high-density connectors more than a few times. You risk bending pins, damaging interface buffers, collecting static charges, or wearing out the connector. What if you could pass multiple signals though a connector without actually touching anything?

Some use cases might be the hinge on a “convertible” laptop/tablet, where the LCD screen has to rotate through 360 degrees without pinching any wires. High-vibration environments in automotive or industrial settings can shake connectors loose. And medical instruments (including surgical robots) must be sterilized, which is tough to do with exposed electrical connectors. KSS104M allows all of these to be sealed off and encapsulated in a wireless “connector” that’s invisible and infinitely flexible. Twisting, orientation, vibration, and insertion cycles all cease to be a problem, unlike with physical connectors.

The downside is complexity. Mechanical connectors don’t have to know what type of bus protocol they’re carrying. USB looks just like Ethernet or PCIe to a gold-plated pin. Within reason, you can pass any type of signal through any type of connector you want (hold your angry letters, RF designers). Keyssa’s wireless interface doesn’t work that way. It does know what protocol you’re transmitting. In fact, it has to know, because it’s modulating and demodulating the signals on the fly.

Key to Keyssa’s technology is its (nameless) meta-protocol, which converts supported interfaces to its own format, aggregates those with other protocols, and squirts the combined data over a half-duplex RF link. On the receiving end, the meta-protocol is unpacked and reconstituted back into its native form (SATA, PCIe, DisplayPort, etc.) before being handed off. Thus, one RF link can replace several independent and unrelated interfaces. Four USB 2.0 channels can be combined with a couple of cameras and some sensors, for example. As long as the combined data rate stays below about 6 Gbps, a single channel can handle it. If you need more than that, add a second KSS104M, or a third…

Keyssa points out that this conversion is invisible to your operating system and drivers. It’s all handled in hardware, and your system will be none the wiser. As far as software is concerned, KSS104M is a drop-in replacement for a physical connector. And, like a “real” connector, it’s just a boring don’t-care for coders.

Like a real connector, its range is really short: less than a centimeter. It’s not a replacement for the cable, it’s a replacement for the connector at the end of the cable. KSS104M is able to bridge small gaps, but that’s all. It can’t transmit data across a system enclosure, or even across a PCB. But if you’re trying to pass data through a mechanical hinge, rotating joint, or a water-tight enclosure, it might be just the ticket.

In a reversal of normal startup business models, Keyssa sells a physical chip, with IP licensing likely to come later. The standalone RF device comes in a tiny, 3mm ball-grid array and is manufactured in TSMC’s 65nm CMOS process. Keyssa hasn’t made the price public, but figure about a dollar or two per chip, which might actually be cheaper than a traditional connector.

Ultimately, Keyssa would like to see SoC developers build its RF links directly into their chip design and skip all the protocol conversion. Not only would that be more efficient from a hardware point of view, it would also save a lot of pins, pads, and signals. Instead of routing dozens of DisplayPort, SATA, and USB signals, an SoC could have a single Keyssa port. That day may come, but for now Keyssa is focused on getting people to adopt its chips. It’s a low-risk (and reversible) way to trial the technology before jumping in with both feet.

Connectors may be dull, but they’re not completely innovation-proof. Someday, we may look back and wonder that we used old-fashioned pin-and-socket connectors at all.