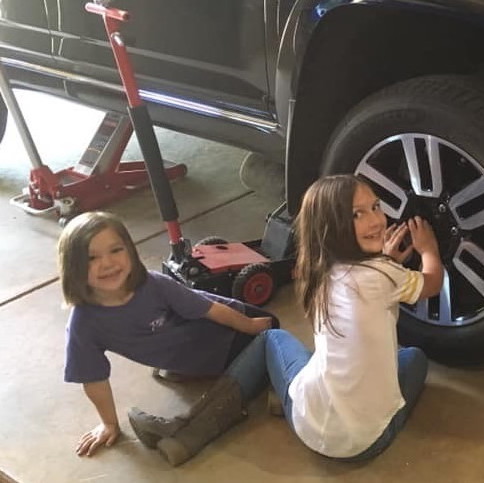 I was recently introduced to the concept of Engineers Week (EWeek), which was founded by the National Society of Professional Engineers (NSPE) in 1951. This year, EWeek took place 16-22 February. Of particular interest to me was Introduce a Girl to Engineering Day (a.k.a. Girl Day), which was celebrated on 20 February 2020.

According to the Discover Girl Day page: “Girl Day is a worldwide campaign to engage girls in engineering. Thousands of people — engineers, educators, and others — act as Role Models, facilitate engineering activities, and educate girls about how engineers change our world.”

The reason this struck a chord with me is that I’m going to be presenting a session as part of the Embedded Online Conference, which is to be held 20 May 2020, and which is being organized by the guys and gals at Beningo Engineering and the chaps and chapesses at Embedded Related.

“What is my session going to be about?” you say. Well, I really wasn’t planning on talking about this, but — since you are twisting my arm — my talk is titled What the FAQ is an FPGA? As it says on the conference website:

A lot of people design embedded systems. Some of them are the hardware design engineers who create the boards. Others are the software developers who program the boards. The one thing that most of them have in common (apart from mutual distrust of each other) is that they predominantly use microcontrollers (MCUs) as the primary processing element in their designs.

In this presentation, engineer, writer, and communicator Max the Magnificent (a legend in his own lunchtime) will rend the veils asunder and reveal all. Max says that we will be leaping from topic to topic with the agility of young mountain goats, so he urges attendees to dress appropriately.

One thing I’m really excited about is that the folks at Microchip Technology just shipped one of their hot-off-the-shelf Hello FPGA kits to me to play with. Hello FPGA, which I’ll be talking about as part of my presentation, is a low cost, compact-sized, entry-level platform targeted towards end-users with low to medium FPGA knowledge. The kit supports powerful demos in Image Processing, Signal Processing, and Artificial Intelligence.

It has to be said that Hello FPGA looks really cool, and I’ll be writing about this bodacious beauty in more detail once I’ve spent some quality time with the little rascal. The really exciting thing is that the little scamps at Microchip have just informed me that they will be reserving one of these kits to give away in a random drawing of the people who attend my session at the Embedded Online Conference.

Speaking of which, I have some good news, some bad news, and some really good news. The good news is that the inaugural conference last year attracted 1,200 attendees and the organizers originally told me that they were hoping for 2,500 or more this year. Well, I just heard that 4,700 people have already registered and there are still almost three months to go. The bad news is that free registration ended at 11:59 p.m. on February 29; the current cost is $90, and this will go up to $190 at the end of March. The really good news is that the organizers have given me a “Secret Squirrel” code that will get any “Friends of Max” in for free — they assure me this will work until 10 March 2020, so may I suggest that you immediately bounce over to Register Now and make sure you enter “MAXFREE” in the “Coupon Code” field before clicking the “Submit” button.

I bet you think I’ve wandered off into the weeds. “What on Earth has the Embedded Online Conference got to do with Introduce a Girl to Engineering Day?” I hear you cry. Well, here’s the thing…

How many times have you seen an item in the news recently about some group or another being poorly represented in something or other? For example, only five black people were nominated for Oscars in 2020, and there were no female Oscars nominees for best director. I’m sure that, like me, you start tutting and shaking your head in disbelief when you hear this sort of thing.

Well, I’m ashamed to say that, when I was looking at the original line-up of presenters for the Embedded Online Conference, it simply didn’t strike me that every face looking back at me was male and white. It was only when an engineer of the female persuasion pointed out the lack of ladies in a comment to one of my columns that I thought, “Good heavens, she’s correct.”

I emailed the conference organizers to ask them why things had fallen out this way, and they said that the answer was simple — they really didn’t know many female engineers and the ones they did know said they were too busy to present at the conference. (I’m delighted to note that Linux kernel expert Vandana Salve has recently joined our number and that she will be giving a presentation on Linux Kernel Security.) Still and all, now I come to think about it, I know only a couple of female engineers myself (none of whom would admit to knowing me).

So, what is being done to introduce young girls to engineering? Well, I’m glad you asked, because I recently became aware of some very cool happenings on this front.

One of my friends, we’ll call him David (because that’s his name), has a size-16 brain with go-faster stripes on the side. David used to be the chief technology officer (CTO) at a wireless mesh networking company, but his heart is in educating young people how to program in Python, so he left his job to form Firia Labs with his wife Geri. 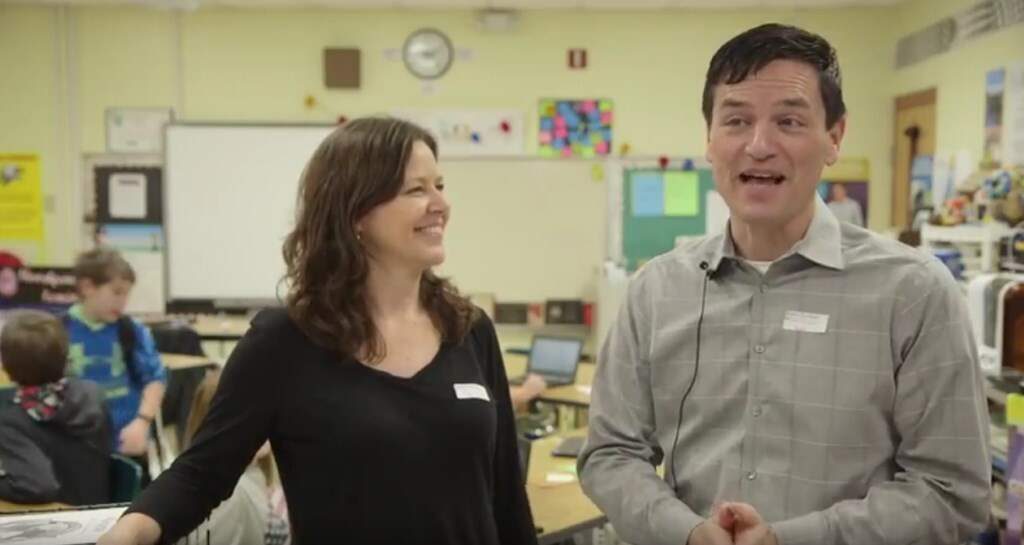 I’ve tried teaching people how to code on an individual basis myself, so I can only imagine how difficult it must be for teachers who don’t really understand this stuff themselves to be faced with a classroom of kids waving their hands in the air chanting, “Why doesn’t this do what I want it to?”

One of Firia Labs’ key differentiators is CodeSpace, which is like an integrated development environment (IDE) on steroids. For example, this little beauty features a state-of-the-art integrated debugger that detects errors as the students type them and provides immediate feedback explaining what the problem is (I can imagine teachers reading this saying, “What? Really? Where can we sign up?”).

CodeSpace, which can be augmented with a suite of micro:bit based kits and a small robot called CodeBot, provides each student with their own self-paced suite of tutorials, which start with quick-and-easy examples and work their way up to more sophisticated applications.

As an engineer, I’ve heard countless claims and been exposed to myriad dubious demos, so just how good is this really? As part of writing this column, I was hoping to visit a local high school in Athens, Alabama, but it turned out that there was an inter-school basketball competition that day. The resulting one-man interview would have been somewhat pointless (although I’m sure I would have been able to entertain myself).

As an alternative, I ambled down to Firia Labs to talk to their STEM education specialist, Amber Merrill. The first thing we talked about was something called AVID, which is a nationwide program whose goal is to help high-potential middle and high school students whose parents never made it to college. In order to stay in AVID, the students have to exhibit exemplary behavior, achieve high grades, and be recommended by their teachers. As part of the program, the students learn time management and study skills, receive tutoring and college application help, and — along with their parents — are accompanied during visits to local colleges.

The next thing we discussed was the concept of Advisory Programs. Apparently, every middle and high school in this area now supports these programs. The idea is that every kid in the school should have an adult at that school with whom they feel comfortable and to whom they can go in times of trouble. In addition to all of the teachers, this also applies to adults who don’t have regular classrooms, like librarians, custodians, and bus drivers.

This involves the kids and adults meeting up to do things they all enjoy and that they can bond over. These activities can range from traditional chess clubs, to model-building clubs, to modern robotics clubs. The time spent on this varies by school, but in our area it’s typically 20 minutes every morning in middle schools, and an hour at lunch on Mondays, Wednesdays, and Fridays at high schools. As an example, take a look at this video of a student watching a CodeBot execute a program she’s just created.

Every time I watch this, the elation on the student’s face when the robot completes the sequence as she intended brings joy to my heart (I can only hope to feel something similar if I ever get one of my own projects to work).

I have to say that I am incredibly impressed. We had nothing whatsoever like this when I was at school back in the days when dinosaurs roamed the Earth.

It also must be reported that I was feeling a tad despondent that it hadn’t been possible to visit the high school to see all of this in person, but it was around this time that Amber’s husband, who is himself an engineer, dropped their kids off at the Firia Labs offices, which is how I came to meet Lillian (“Lily”) and Amelia, who are 6 and 8 years old, respectively. 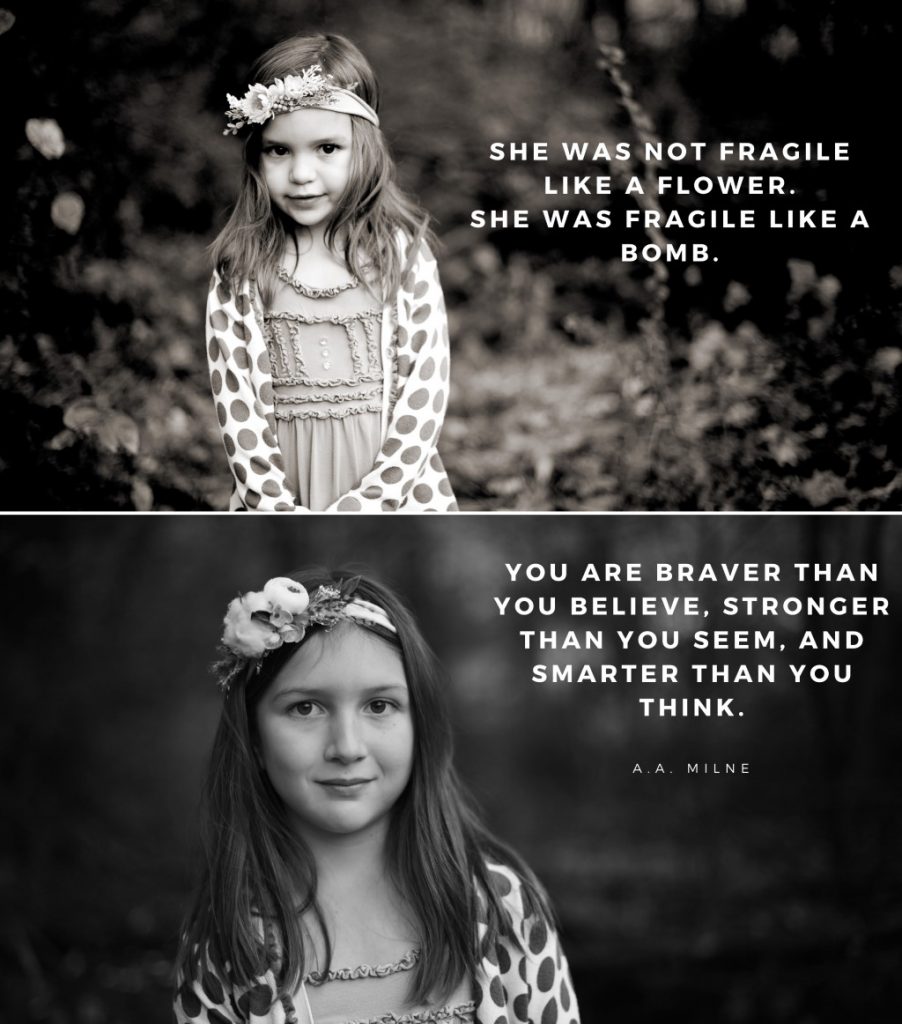 This is where things started to get really interesting. After the kids had raided Geri’s office to each retrieve a lollipop (Geri keeps a jar full for young guests), Amber told Lili that I wanted to learn Python, but I didn’t know how. It turns out that Lily loves this stuff — for her fourth birthday she requested a real tool kit with things like screwdrivers, pliers, tape measure, and a hammer — and both Lily and Amelia help their dad perform tasks like rotating the tires on the family truck.

Lily immediately dragged us into the training room, powered up a notepad, launched CodeSpace, and proceeded to lecture me on how to write a program to download an image to the LEDs on a micro:bit that was plugged into the machine.

Lily’s older sister, Amelia, remained unimpressed, presenting something of a “been there, done that, read the book, saw the play, and got the T-shirt” attitude (I know, like me you are thinking, “What? No tattoo?”). Amelia informed me that she plans on becoming a herpetologist, which — on seeing my glazed look — she went on to explain is a zoologist who studies reptiles and amphibians such as frogs and salamanders.

Having said this, Amber told me that their family and some friends recently went on a week’s vacation together. The friend’s 6th-grade son was playing with CodeSpace on Amber’s computer, instructing the system to individually display two alternating images. Amber says she observed Amelia strolling by, glancing over the boy’s shoulder, and saying, “that would be easier if you used a loop,” before ambling outside to give any basking reptiles and amphibians a bad day.

All I can say is “Gurl Power!”