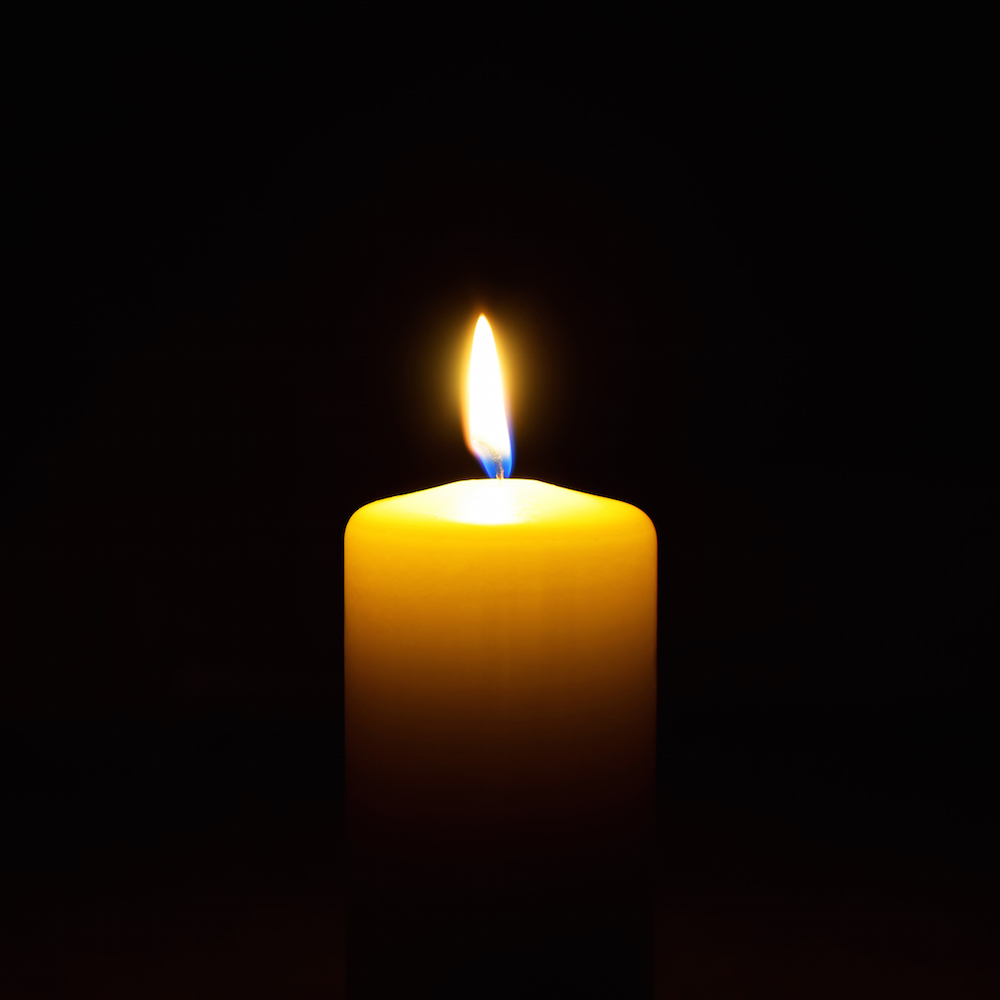 My friend Bernard Peuto passed away this month. We first met two decades ago when I moved to California to join the Microprocessor Report. Bernard was acting president of the organization from 1997 to 1999, and he helped me substantially during the transition period following the subsequent departure of the Microprocessor Report’s founder Michael Slater. At that time, I found Bernard to be an extremely sharp business individual, but I was completely unaware of his microprocessor background at the time. We never discussed it, but Bernard Peuto was one of the many unsung heroes of the microprocessor revolution, and his designs intersected my career twice. That was 40 years ago.

From Amdahl to Zilog

When Federico Faggin founded Zilog with Ralph Ungermann at the end of 1974, the first product that Faggin wanted to make was a single-chip microcontroller. He called it the 2001. It was intended to compete with Intel’s 8048 microcontroller. However, Faggin’s microcontroller project was sidetracked by a big pot of investment money from Exxon, which subsequently bought the company outright in 1982. Exxon’s huge cash infusion caused Faggin to start thinking about developing a processor for a less price-sensitive market that could bring a faster return on Exxon’s investment. That directional change in trajectory led to the Z80 microprocessor, which was a huge success for Zilog.

Zilog is most famous for the 8-bit Z80 microprocessor. Faggin conceived of the Z80 as a better, ISA-compatible version of Intel’s 8080 microprocessor. It certainly was. The Z80 had a two-bank register set, and you could swap between them with just one instruction, which I found really handy for interrupt service routines. The Z80 also had some new instructions; it ran on just 5 volts (the Intel 8080 needed -5 and +12 volts in addition to a 5-volt supply), and it had an integrated DRAM controller that accommodated DRAM refresh cycles automatically.

The Z80 propelled Zilog into the 8-bit microprocessor design lead, in my opinion. David House, who spent 23 years at Intel, shares that opinion. In an oral history with the Computer History Museum in Mountain View, House said that Zilog’s Z80 microprocessor “stomped” the 8085, Intel’s own upgrade to the 8080 microprocessor.

By the end of 1975, even before announcing the Z80, it became clear to Faggin that the company needed a 16-bit successor to the Z80. He felt that 16-bit processors were the future and that the future was imminent. At the time, Zilog had all of 11 employees. However, Faggin didn’t want to create an expanded, 16-bit version of the Z80, a “super Z80.” In addition, he didn’t feel qualified to develop a new 16-bit microprocessor architecture from whole cloth, so he went looking for an accomplished processor architect. He found Dr. Peuto, who had been working on Amdahl’s IBM-compatible 470/V6 mainframe architecture since 1973. Peuto quickly became Zilog’s twelfth employee.

Dr. Peuto joined Zilog in early 1976, just a few months before the company announced the groundbreaking Z80 microprocessor. As a new hire, Dr. Peuto was given the task of architecting the 16-bit follow-on to the Z80. That was a tall order, considering that Zilog’s Z80 microprocessor would shortly become king of the 8-bit hill. 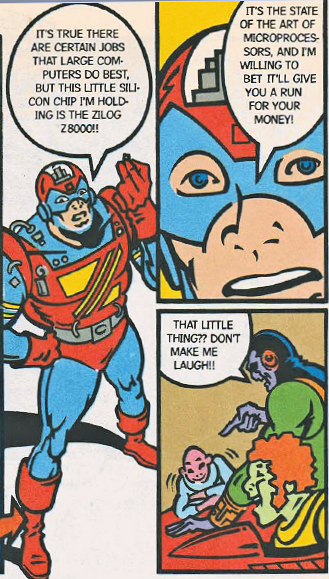 By 1979, all three of these 16- and 32-bit microprocessors were on the market, at least as samples, and that’s when I first encountered them. I was working as a design engineer and project manager at HP’s Desktop Computer Division (DCD) in Fort Collins, Colorado at the time. Back then, HP was deeply engaged in both the instrumentation and computer businesses (plus a few other businesses like life sciences).

By the late 1970s, HP management was worried that Tektronix’s TM 500 modular instrumentation system would make noticeable a dent in HP’s bread-and-butter, rack-and-stack instrument business, and they wanted to avoid that outcome. The TM 500 modular instrumentation system, which Tektronix announced in 1972, had been introduced by Tektronix was a growing line of instrument modules including DMMs, signal and pulse generators, power supplies, and even a miniaturized oscilloscope, that plugged into single- and multi-slot TM 500 cabinets. The cabinets’ backplanes delivered power to the TM 500 modules and also had 30 uncommitted pins that permitted inter-module communications. You could create tailored, portable instrument systems by plugging the right modules into a TM 500 chassis.

It wasn’t much of a contest for the Intel 8086. It didn’t perform nearly as well as the other two processors.

The Motorola 68000 was the clear performance winner. That’s not much of a surprise. The Motorola 68000 architecture has always been based on a 32-bit programming model. Motorola had leapfrogged the universe of 16-bit processors. The 68000 microprocessor’s address and data registers are all 32 bits wide. It has a 24-bit, linear address space and a 16-bit external data bus (limited by the number of pins on the original 64-pin package). No matter that the 68000’s expensive, ceramic DIP package was immense compared to the tiny 40-pin DIPS housing the 8-bit processors. The 68000’s package was known as the “battleship” or “aircraft carrier.” The extra pins truly delivered extra performance.

Zilog’s Z8000 delivered less performance than the Motorola 68000, but it was far faster than Intel’s 8086. The Z8000 was designed to be a more economical microprocessor because it was offered in cheaper 40- or 48-pin plastic DIP packages, with 64kbyte flat address space and 8Mbyte segmented address spaces respectively. A separate Z8010 Z-MMU chip, also architected by Peuto, expanded the address space into several 8Mbyte, segmented address spaces. A Z8000-based system could incorporate several Z-MMU chips to address even more memory.

Although the Redwood instrument controller project was a dead end for HP, the underlying story demonstrates why the 16/32-bit Motorola 68000 and its successors (the 68010, 68020, 68030, and 68040) became so popular in the 1980s as workstation processors. The 68000 microprocessor delivered a 32-bit programming model with a flat, 24-bit address space and corresponding performance, all for a price.

The Intel 8086 did the opposite and became spectacularly successful as a result. It delivered relatively meager 16-bit performance with a clunky segmented address space, but at significantly lower cost. That’s precisely what IBM’s 5150 PC development team wanted. (Well, I’m sure they weren’t looking for the segmented address space. They just had to live with it.) The IBM PC was spectacularly successful in spite of the performance issues.

Zilog’s Z8000 found itself stranded in the middle. Although it was designed into several Unix workstations in the early 1980s, Zilog’s Z8000 was essentially squeezed out of the market because it was less powerful than the Motorola 68000 and not as cheap as Intel’s 8086/8088.

Microcontroller architectures of the late 1970s were very limited in terms of performance because the ROM, RAM, and I/O circuitry all had to fit on the same chip with the processor logic. To keep these devices economical, the processors’ architectural features and abilities suffered.

However, the Z8 incorporated several architectural innovations. It had a massive 126kbyte address space (with separate data and program address spaces). While most 8-bit microcontrollers of the day had one or two accumulator registers, the Z8 could use any and all of its 144 on-chip registers, including I/O registers, as instruction source and destination operands, and therefore as accumulators. This feature opened up a lot of software possibilities. In addition, the Z8 offered a convenient external-memory expansion feature that permitted easy addition of external data RAM and program ROM storage (4kbytes each) using only 16 of the device’s I/O pins. That feature brought the Z8 into my sphere.

By the early 1980s, I was working for pcb-CAD startup Cadnetix in Boulder (coincidentally designing microprocessors from the Motorola 68000 family into proprietary CAD workstations) and consulting as a hardware design engineer on the side. Another startup company in Boulder, Anatel, contacted me for help. The company was developing a TOC (total organic content) analyzer for water-purification systems and needed a low-cost controller design. Anatel’s TOC analyzer would expose water samples to ultraviolet light for a period, which caused the water to become acidic in proportion to the total organic content. The system then measured the sample’s acidity to determine the TOC.

Anatel clearly wanted a low-cost, microcontroller-based design but required more RAM than was currently offered in any available microcontroller. Researching available microcontrollers, I quickly concluded that the Zilog Z8 was the clear choice for this application because of its memory-expansion capabilities. I developed a hardware design for Anatel based on the Z8, never knowing that I was leveraging Bernard Peuto’s work. Anatel still sells TOC analyzers, but the company is now part of Beckman Coulter’s Life Sciences Division. For all I know, they’re still using descendants of the original Zilog Z8 microcontroller in their designs.

Zilog has been through a lot of ups and downs over the decades (acquisitions, bankruptcy, and more acquisitions), and the company is now a subsidiary IXYS, which bought the company, along with its Z8 and Z8000 intellectual property, in 2009. Littlefuse acquired IXYS (and therefore Zilog) in early 2018. Littlefuse/IXYS has a large semiconductor portfolio including power semiconductors, solid-state relays obtained through the acquisition of Clare, RF power semiconductors and related products, semiconductors for wind and solar power systems, and Zilog’s 8- and 16-bit microprocessor and microcontroller product lines.

Despite all of these acquisitions, Littlefuse/Zilog still sells versions of Dr. Peuto’s Z8000 and Z8 processors. The Z8 microcontroller was reborn in the early 2000s as the enhanced Z8 Encore! and the Z8 Encore! XP Flash-based microcontroller families. Meanwhile, the 40-pin and 48-pin versions of the Z8000 microprocessor are still available as the Z16C02 and Z16C01, although perhaps not for too much longer, as you really need to dig deep into the Littlefuse/IXYS/Zilog site to find these parts. (Actually, I let Google dig into it.)

Part of Dr. Peuto’s significant technical legacy is deeply rooted in the Z8000 and Z8 processor architectures. Another part is tied to the Computer History Museum in Mountain View, California where Dr. Peuto served as a trustee for 17 years. He was also a member of the museum’s executive and finance committees. As a result of that work, he was named a Trustee Emeritus in 2017. That’s not a bad legacy to leave, my friends.

Peace be with you, Bernard.