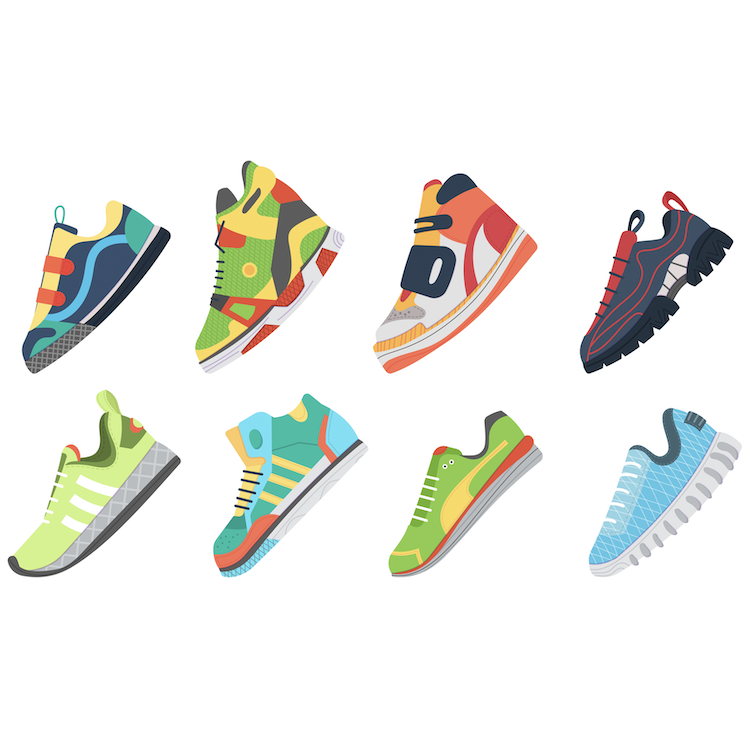 Hot Stuff: You Might Rent the Car Seat that Heats Your Derriere or Your Next Running Shoes

When the first reports of BMW creating a marketing program to rent heated seats in its newest vehicles, the news coverage was designed to make my blood boil. “Pigs!” I thought. “They’re just bleeding their customers dry because cars have become always-connected rolling software platforms.” Here are some of the headlines that led me down the garden path:

“The future of cars is a subscription nightmare” – Andrew J. Hawkins, The Verge

These headlines are all written to rile you up.

A couple of days later, I finally saw an article by Peter Valdes-Dapena, a senior automotive reporter for CNN Business, who has covered the automotive industry for many years. I’ve watched his car review videos for many years and believe he’s an accurate reporter. His article on the CNN Business Website is titled, “Why BMW is offering heated seats on a monthly subscription.”

In his article, Valdes-Dapena writes:

“BMW is now offering British drivers the option of enjoying a heated seat on a monthly subscription basis. Of course, you can still get heated seats the regular way — just buy them as an option when you purchase the car — but for those who didn’t do that, or who bought a used car without the feature, BMW will enable it for a monthly fee so you can try out having a nice warm seat on a cold day.”

Later in the article, he explains:

“BMW executives have spoken for years of plans to offer certain features including, yes, heated seats, on a subscription basis. The heating coils and other hardware required to actually heat the seats are already in the car, but owners can, if they wish, pay a monthly fee to BMW which will allow them to actually work. The benefit would be a lower upfront price for the car and, potentially, the ability to pay for the feature only when it might be needed, like in the winter. Also, second or third owners would be able to pay – or not – for features they want or don’t want.”

Now this program makes more sense to me. BMW is extending the concept of buy/lease from the whole car to parts of the car. BMW can reduce the number of option configurations it needs to build by putting all features into all cars and pushing the options decision to the buyer. Maybe you want to buy the car but not all the options. Maybe you only want heated seats for three months out of the year. You probably want the wheels full time, however. You’ll probably want to buy them, or at least put them on the whole-car lease.

The transformation of an automobile into a rolling software and infotainment platform is a long-term trend. This trend parallels a demographic trend in the buying public. Brian Kurtz, one of the marketing experts I follow, recently sent an email newsletter that put this demographic trend in focus. Strangely, he starts by writing about some sneakers:

“A Swiss sportswear brand, On, designed a shoe that can be ground up to make another shoe – so long as runners send their old pairs back and they are willing to ‘lease’ their sneakers (for $29.99 a month for an endless supply) rather than buying them outright.”

Now, I know immediately this is not a deal for me. My everyday sneakers run $50 or so and wear out in six months or so. Generously speaking, this lease plan would triple the cost of my everyday footwear. However, On’s shoes cost three times what I pay for my basic ASICS shoes, so maybe it’s not a bad deal if you like that company’s shoes. (Yes, I wear ASICS, because they fit me, not because of the high-tech name.)

I say, “No thanks” to On’s shoe-leasing program. I’ll throw my shoes out when they’re worn out and buy new ones. But I also recognize that I’m not the only demographic in the sea. As Kurtz points out, one clear demographic trend is a growing aversion to owning “stuff,” whether that’s due to storage/clutter issues or environmental concerns. Does this trend apply to shoes? Not in my world. Maybe you, like me, don’t fit into this demographic. Like me, you have perhaps seen news reports of this trend towards owning less and leasing more stuff.

Kurtz’s newsletter points out this closely related trend: leasing versus buying. He calls it “The kissing cousin of ‘less stuff,’” and he writes:

“Leasing relieves you of the burden of thinking about the things you buy when their usefulness is complete…where to trash or recycle or sell… or give away to someone else to collect dust in their storage unit.”

The On brand’s monthly running shoe subscription is called Cyclon. Although On offers running shoes in different colors, and I can see people changing their shoe color on a monthly basis through this leasing program, the photos on the On Website suggest that the recyclable leased shoes are exclusively white. I’ll guess that monocolor characteristic aids recycling.

As someone who just moved from California to Utah, I can attest to the burdensome nature of accumulating stuff. I recently had to purge my larders of stuff accumulated over the past 22 years, plus stuff we dragged along from Massachusetts 22 years ago when we moved to California. It’s a painful process. Stuff is great when you use it, but it becomes fossilized strata over the years, depositing hardened layers of junk in piles that only seem to grow higher. The younger demographic is onto something here, perhaps.

Maybe, like me, you have another 20th century artifact that’s an homage to stuff. I have four ganged Ikea media cabinets filled with DVDs, CDs, and an occasional Blu-Ray disk. For many, the whole idea of a media cabinet is quaint. For me, it’s something my parents did with 78-rpm phonograph records. Come to think of it, I’ve got three extremely heavy tubs of LPs from the 1970s, 1980s, and 1990s out in the garage. More stuff I’ve lugged along from house to house over the decades.

A lot of what we do technologically as engineers allows marketing cats like Brian Kurtz to invent yet more ways for people to spend their money. Engineers tend to look at marketing as the dark or dirty side of the business. System design and chip design are seen as “pure,” while marketing is viewed as some sort of alien, derivative exercise done by people who couldn’t cut it as engineers or could never become engineers. I’ll just remind you that engineering is all about creating products and services that people want to buy, either personally or for work. The idea of people paying money for the product or service should always be there, as long as we are all immersed in a capitalistic society.

EDA companies, including Synopsys, Cadence, and Siemens EDA (formerly Mentor), have had to be creative about pricing models for years. They’ve developed all-you-can-eat buffet-style pricing. They’ve created EDA tool licenses that race around the world so that global chip-design teams can hand off designs and tools in a 24/7 design environment. Now they’re migrating to cloud-based tools, so more new pricing models will undoubtedly appear.

Oscilloscopes with software-optioned analog bandwidth and optional function generators, logic analyzers, and protocol- and signal-analysis apps also pop into mind. The hardware is there in the instrument, but you need to pay extra to unlock it. Oscilloscope vendors, including Keysight, Tektronix, Siglent, and Rigol, all employ this sales model. Don’t want the option? Don’t buy it. Need it for a month? Maybe you can lease it. Like BMW’s cars, these oscilloscope options owe their existence to the transformation of instruments into Internet-connected software platforms. Clearly, our own electronics industry is not immune to this sort of marketing.

All of this puts the consumer in the driver seat. Presumably, a heated one. Leased, perhaps.

(Note: When you play with software-enabled options in the design engineering and consumer markets, you open yourself to feature hackers. It goes with the territory.)

2 thoughts on “Hot Stuff: You Might Rent the Car Seat that Heats Your Derriere or Your Next Running Shoes”