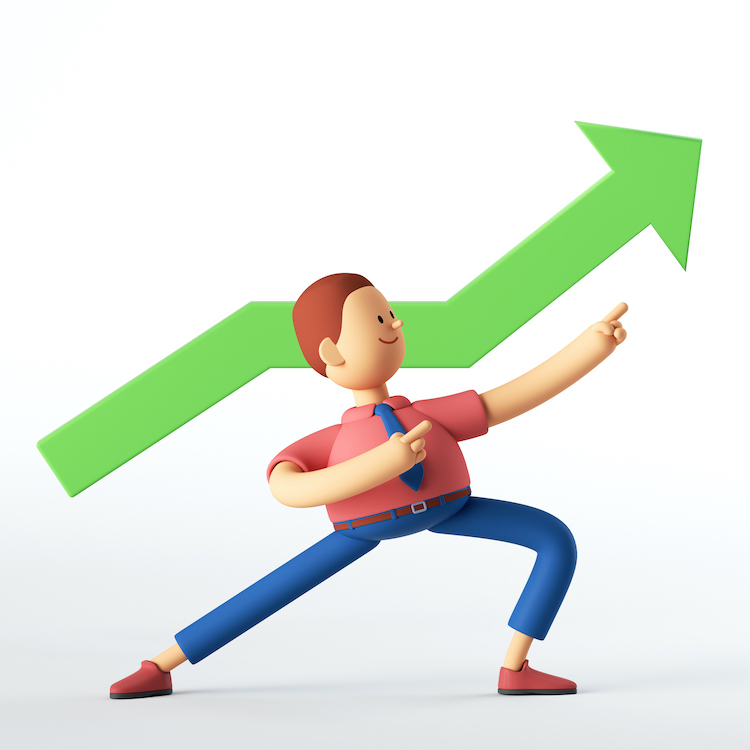 Growth Everywhere but at Intel

To quote a famous Scotsman, it’s a great day for America, everybody! The semiconductor industry’s Q1 results are in, and they’re good. Really good. The world’s top chipmakers collectively grew by 21% compared to this time a year ago. That’s a huge increase, especially given how large these companies were already. You try growing a billion-dollar business by twenty percent sometime.

Moreover, eight of the top 15 winners were American. The rest were (predictably) based in South Korea, Taiwan, Japan, or Europe (Germany and Switzerland, sort of).

The good news is, Intel is again the #1 semiconductor maker in the world. The bad news is, Intel was the only company among those 15 to post a decline in sales. In fact, Intel was actually a drag on the overall growth of the industry. That’s tough to do. You try influencing a trillion-dollar global industry sometime. 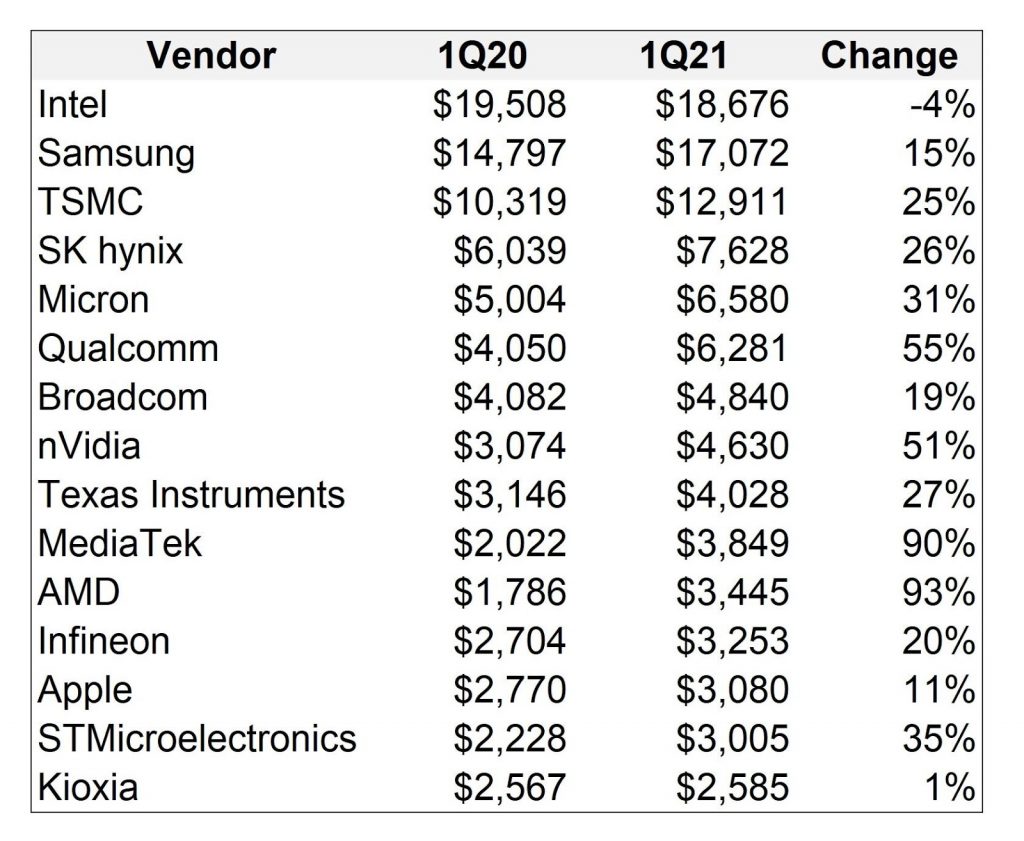 These numbers come to us from IC Insights, which updates them quarterly and religiously. Per company policy, they include foundries like TSMC as well as name-brand chipmakers like Intel and Qualcomm. They also include, where appropriate, sales of optoelectronic components, sensors, and discrete components, not just ICs. Only about half of the companies on the list make such components, and, for those that do, it’s only about 5% of their business.

All the companies but one (ahem) saw sales increase from early 2020 to now, and all but one of those posted hefty double-digit upswings ranging from 11% (Apple) to a remarkable 90% (MediaTek), to a barely believable 93% (AMD). Intel, sadly, saw a 4% decline in sales, an $832 million drop.

Six of the 15 companies are fabless, which means almost half of these “chipmakers” don’t actually make their own chips. Quite a difference from earlier decades, when owning the means of production was the only way to ensure profits. On the opposite side of the coin, the #3 ranked company (TSMC) is a pure-play foundry that does nothing but manufacture chips for others – including those ranked with it, like Apple, AMD, and nVidia.

Which raises an interesting point. All of TSMC’s sales go to other companies, many of which are also listed here, so those chips are counted twice: once when they leave the TSMC loading dock and again when they leave the AMD (or Apple, et al.) loading dock. The researchers at IC Insights acknowledge this but explain that leaving out the foundries would distort the numbers even more. Paying customers can get a more detailed analysis that allows you to weed out whatever segments of the industry you want.

If it matters, excluding TSMC would let NXP sneak into the 15th spot.

Neither AMD nor MediaTek were even on this list last year, but both catapulted into the rankings thanks to nearly doubling their revenue. Their promotion demoted Sony and HiSilicon, which is part of Huawei and had previously been ranked 12th.

Poor Intel. Although it’s still #1 in global sales, its lead over #2 Samsung isn’t large: $18.7 billion vs. $17.1 billion. And the trajectory is certainly in the wrong direction for the Santa Clara company. Without Intel, the “Top 14” would have posted an even more impressive 29% year-over-year growth, instead of merely 21%. Either way, that’s still a lot of silicon.

The sand must flow.

One thought on “Growth Everywhere but at Intel”