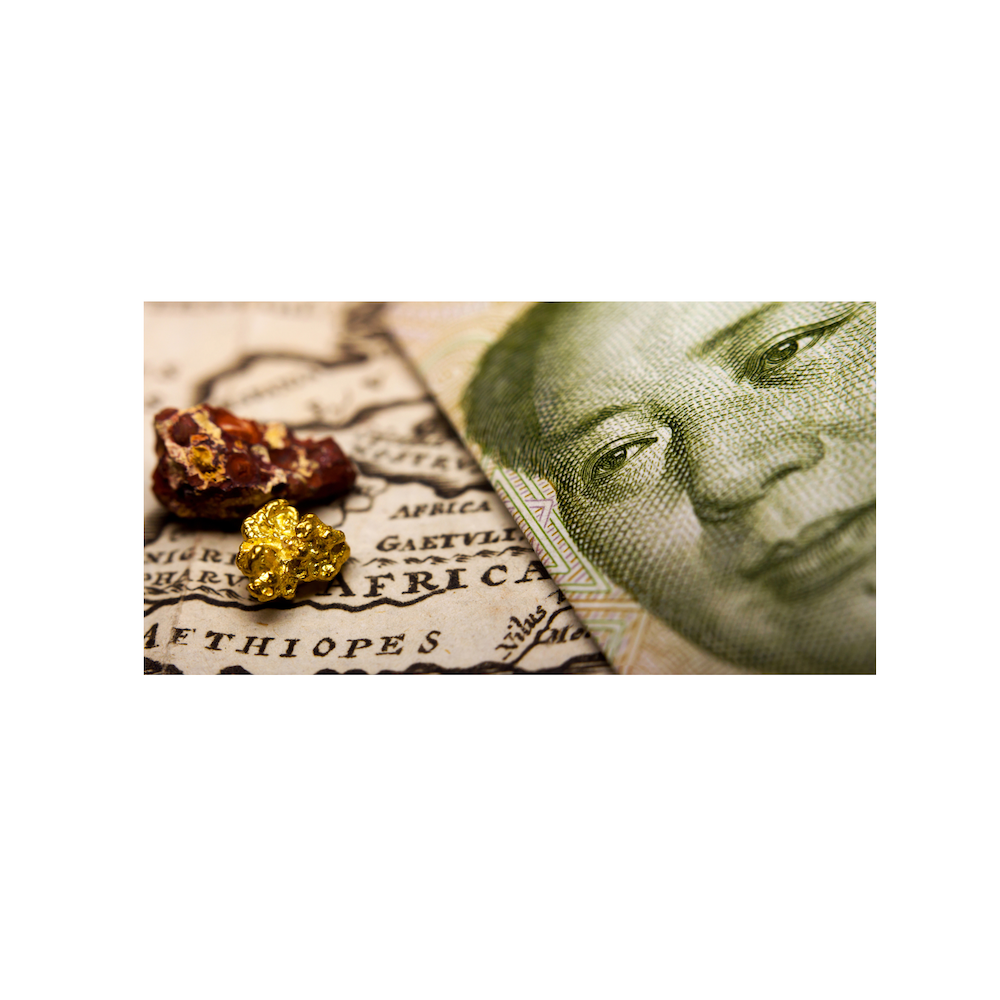 “All politics is local.” – Tip O’Neill

My in-laws are from Detroit, born and raised. They’re big believers in buying American, and especially American cars. They’ve owned a string of Fords, Chevys, Lincolns, Dodges, Buicks, and Pontiacs. Often, they knew the people who built their cars, or at least knew someone who knew someone. That’s what happens when you live in the Motor City.

I teased them a bit, asking how “American” those cars really were, given that their components came from all over the world. The electronics, for example, were sourced from Japanese (Renesas), German (NXP), and American (Microchip, Micron, and others) companies. Even that was debatable, since many of those chips were fabbed by TSMC in Taiwan and packaged in Singapore, Israel, or Sweden.

No, they insisted, these were American cars because they rolled off the Hamtramck assembly line inside a big brick building that’s been standing on East Grand Boulevard for 100 years. American hands working inside an American factory with an American’s name on the smokestack had built it. By God, it was an American car.

When we reached our destination and got out of the car, I found the shiny silver sticker in the driver’s side doorframe: “Proudly made in Ontario, Canada.”

It’s pretty hard to pin down the origin of anything we buy these days, given the global nature of commerce. When “buy local” applies to groceries, we think about locally grown apples or lettuce, or farm-to-table seasonal menus. Shopping local means patronizing your neighbors’ mom-and-pop stores instead of the national (or international) retail chains, even though the latter obviously employ local workers.

It’s even harder to nail down the source of intangible items. Who marches in the streets or raises placards promoting “local MP3s” or “local semiconductor IP?” Where does that stuff actually come from, anyway, and does it even matter? Or is that a meaningless question, like asking how to write zero in Roman numerals?

These questions – whether they’re meaningful or not – do seriously vex businessmen and politicians, now more than ever. Case in point: Imagination Technologies and the thorny questions of its Chinese ownership and management. Imagination is nominally a British company, so a change of ownership implies a change in… what, exactly? Would the staff move from London to Shenzhen? Would the company’s IP be priced in yuan instead of Euros – oops, Pounds Sterling? Would the manuals be written in Mandarin? Would North American customers have to call tech support in the middle of the night? Perspiring minds want to know.

Imagination’s key staff is largely British. Like most companies, though, they have sales, support, and development offices scattered around the world, and there are far more Imagination employees working outside the UK than within its borders. Nevertheless, the company’s headquarters is in England and it went public on the London Stock Exchange in 1994. Does that make it a British company?

Imagination’s shares were all bought up in 2017 by Canyon Bridge Capital Partners, based in Palo Alto, California. Did that turn Imagination into an American company?

Canyon Bridge’s money comes from Chinese investors, and its employees are mostly Chinese nationals. Is Imagination now a Chinese company?

Last month, Canyon Bridge called a board meeting, hoping to replace four members of Imagination’s board of directors with new board members – who were all Chinese. That meeting got called off at the last minute following panicked intervention from the British government, which expressed concern about home-grown British technology falling into Chinese hands.

Immediately after the aborted board meeting, Imagination’s CEO, CTO, and Chief Product Officer all left the company (either voluntarily or forcibly). The new CEO is Ray Bingham, an American and former Cadence executive, Harvard MBA, and one of the founders of Canyon Bridge. Ownership of the company didn’t change.

All of which raises many questions, such as, how does the ownership, management, or location of a company affect its performance, behavior, or customers? Would you stop (or start) licensing PowerVR designs from Imagination Technologies if its HQ moved to another city? How about another country? Would it depend on which country?

Does it matter to you who the CEO of the company is, or his/her previous job experience? Does it matter where most of the company’s investment comes from? Hypothetically, what if you learned that Intel company stock (to pick a random example) was owned mostly by poor nuns and orphans? What if those same shares were owned by tin-foil-hat-wearing flat-earthers in Burkina Faso?

Location matters, because employees matter. Much of an IP company’s value is inside the heads of its designers. You can’t simply close down one office and hire new staff in another one in a new location. The institutional wisdom doesn’t transfer. Think about the trouble you might have maintaining someone else’s design or someone else’s code, versus maintaining your own. There aren’t enough comments or theory-of-operation documents in the world to make up for the familiarity of tweaking your own designs.

Borders matter, too, because… well, politics. Governments can (and do) prohibit buying products and technology from nations deemed unfavorable or unfriendly. Buying lumber from a Canadian mill might be okay but buying diamonds from Angola might not be. Similarly, the U.S. and British governments (among others) don’t like the idea of Imagination’s semiconductor IP technology “moving” to China, even though nobody and nothing is actually moving. Or the fact that Imagination is already Chinese-owned.

It’s hard to explain why it’s okay for Chinese customers to buy American technology, but not for Americans to buy from China, without sounding chauvinistic, jingoistic, or racist. How is an exchange in one direction okay but the other isn’t?

Imagination isn’t an isolated case. The RISC-V Foundation recently moved its headquarters to Switzerland from the U.S. for political reasons. On one hand, it seems pointless to move the notional headquarters (such as it is) for a non-profit open-source project from anywhere to anywhere. What difference does the location make, unless you’re mailing the occasional legal document or filing tax forms?

RISC-V went out of its way to point out that it’s not in trouble with the U.S. government, nor did anyone pressure them into moving. Rather, the move has the “… effect of calming concerns of political disruption to the open collaboration model. There have not been any export restrictions on RISC-V in the U.S. and we have complied with all U.S. laws. The move does not circumvent any existing restrictions, but rather alleviates uncertainty going forward. RISC-V International has not incorporated in Switzerland based on any one country, company, government, or event.” In other words, they’ve seen the writing on the wall and they’re preemptively avoiding any political entanglements that might interrupt their operations in the future. A sad reality.

ARM has been owned by SoftBank, a Japanese investment firm not unlike Canyon Bridge Capital Partners, for almost four years now. Apart from the British government, does anyone worry about this? Has ARM’s competitive position changed? Does your average SoC designer even know that this happened – or care?

Within the borders of the United States, there has long been a legal fiction known as the “Delaware Corporation,” a perfectly normal company that operates in, say, Oregon or Virginia or New York, but with its notional corporate headquarters inside an actual, literal post office box somewhere in the state of Delaware. Nobody in these companies works in Delaware, or even visits. It’s purely legal sleight of hand, because the liability laws in Delaware are different from those in the other 49 states. Any company with its “headquarters” in Delaware benefits from the more lenient Delaware laws, not those of its actual home state. That’s good news for the people who rent P.O. boxes in Delaware; it’s a nuisance for accountants and legal counsel. Nobody else cares.

It’s ironic that a completely intangible product/service like semiconductor IP would be subject to medieval border and customs regulations. Quite apart from the socio-political justifications, how will such restrictions be policed? How do you prevent IP from crossing borders? Who’s going to check whether your SoC design includes contraband IP?

Hey, maybe that could be a new billion-dollar business opportunity: design something that identifies bad IP and flags the authorities. Just be sure you develop it in the right region.

One thought on “Geopolitics of SoC Design”