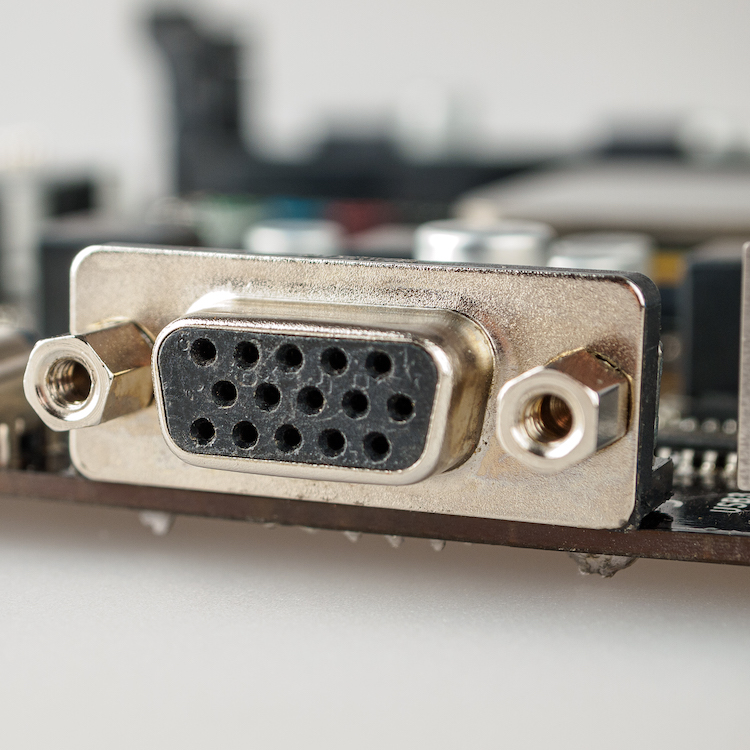 In Parts 1 and 2 of this article, I discussed the founding stories of two early pioneers in electronic component distribution (Sager and Allied) and two post-war distributors (TTI and Digi-Key). These stories came from a new book published by the ECIA (Electronic Components Industry Association) titled “Electronic Component Industry Evolution: 100 Years of the Authorized Channel.” The ECIA’s book also contains few founding stories for companies that aren’t distributors; they’re component manufacturers. Both of these vendors are familiar and interesting, so in this third part, I’ll tell you two stories about a couple of well-known manufacturers that were included in the ECIA book. Why? Because these stories are woven into the very fabric of the electronics industry. I find it very useful to know how the parts I use in my designs came to be, and how they evolved.

This first story was inspired by the ECIA book, but it required some additional research. It starts more than 100 years ago.

James Cannon opened a small electrical specialty manufacturing shop in 1915. He subleased a room in a downtown Los Angeles building that’s now home to the Los Angeles Stock Exchange. By 1918, Cannon was heavily in debt, so he borrowed $100 from a friend and moved his company to a cheaper location – a 15-by-16-foot shed in his back yard – where the company remained until 1926.

These first years were electrically eclectic. Cannon developed several unrelated products including a miniature automobile racetrack for an advertising agency display, an electric toaster, a seating board for theaters, a gas recorder for oil wells, an elapsed-time recorder for hospitals, a nurse call system, a foot-rail burglar alarm for banks, and a police/fire call box. He also built the first telegraphic fire system for the City of Los Angeles.

However, we don’t know Cannon’s company for any of those early products. We know the company for its plugs and connectors. Cannon fabricated his first electrical plug, the “M” type, for Young’s Market in Los Angeles. The plug was designed to provide power and a ground connection to the electrical motor in a portable meat grinder. Humble beginnings for the connector that would become so widely used in the electronics industry.

(Note: The ECIA book echoes the official history on Cannon’s site that says the connector only grounded the meat grinder, but this statement makes no sense for a 4-pin connector. Fortunately, there’s another online history of the company with a photo of this plug. The caption under the photo says: “The first Cannon plug – a 4-pole, heavy-duty cable connector – was designed and built in 1932 for Young’s Market Company to transmit electricity to a portable meat grinder.” Providing ac power and ground through a 4-pin plug makes much more sense to me, and is far more believable.)

If it had remained a meat grinder component, it’s likely that Cannon’s Type M connector would be unknown today. Fortunately, Cannon’s shop was in Los Angeles, next door to Hollywood, when hand-cranked movie cameras were giving way to cameras cranked by electric motors. The same connector that could provide power to a portable meat grinder worked equally as well to provide power to the new electric movie cameras. Cannon’s name became well known in Tinsel town.

When movie studios began experimenting with sound pictures, they asked Cannon for help. He developed smaller versions of the M Series connectors, which were incorporated into the sound equipment used to make the first talkie, “The Jazz Singer,” in 1927. These audio connectors were soon followed by the “P” Series, developed for Paramount Studios. This series incorporated many construction features we recognize today including diecast shells, molded pin inserts, and locking latches. Next, Fox Studios requested a connector with floating-contact pins so that connector bumps, knocks, and drops would make no electrical noise to ruin the recordings. All of the movie studios soon started to use Cannon Type F plugs for their microphone connections. (“F” is for “Fox.”)

During the depression years, Douglas Aircraft Company asked Cannon to develop multi-contact connectors for use on the DC-1 large transport aircraft. The resulting connectors were also used on the subsequent DC-2 and DC-3 aircraft. As another world war became imminent, airframe manufacturers began requesting Cannon’s aircraft connectors. Volume production began. By the end of 1939, every aircraft builder in the United States was using these Cannon connectors.

World War II had helped catapult Cannon into a leading maker of connectors for defense, aerospace, and broadcasting. During the war, Cannon estimated that every American was using a Cannon connector at least five times a day. When World War II ended, the Cold War began. US military contractors naturally turned to Cannon for reliable connectors to incorporate into the many types of nuclear-tipped, inter-continental ballistic missiles (ICBMs) being developed, including the Atlas, Titan and Minuteman missiles.

However, Cannon’s breakthrough product, the one that’s become pervasive in the mass market, must be the Cannon D-Subminiature (D-Sub) Connector, so named because the metal connector shell looks like a D when viewed straight on. Originally designed for aircraft radio systems, the Cannon D-Sub became the first-ever multi-purpose connector, used for many applications. Perhaps the two most common uses for D-Sub connectors are the original 25-pin RS-232 serial connector (later bastardized to nine pins on some later IBM PC compatibles) and the IBM PC’s 15-pin VGA connector. Atari molded all-plastic versions of a 9-pin D-Sub connector to attach its hand controllers to the Atari 2600 VCS video game system, which it introduced in 1977. There are echoes of Cannon’s Type M (meat grinder) plug and the company’s Depression-era multi-pin aircraft connectors embedded in every D-Sub connector.

The second manufacturer’s story that I’ve taken from the ECIA book involves capacitors:

Princeton University graduate Octave Blake founded the Cornell Manufacturing Company in 1909. Blake was fortunate to be born into a wealthy family. His father gave him $1 million to start a manufacturing company. Concerned that it might fail, a frequent fate for startups even back then, Blake was unwilling to tarnish the family name. He also didn’t want to tarnish the name of his alma mater, so he named his company after Princeton’s college rival, Cornell University. The Cornell Manufacturing Company beat the odds, however, and thrived. In 1933, Blake merged his company with the Dubilier Condenser and Radium Radio Company, which William Dubilier had started in 1919, to become the Cornell Dubilier Electric Company.

Dubilier was a prolific inventor who eventually received more than 300 patents for his inventions. Perhaps his most important discovery for the new company was that naturally occurring sheets of the mineral mica made an excellent dielectric for capacitors. Mica capacitors are precise, stable, and reliable. They allow capacitors to be made much smaller than ones of similar capacitance made from paper, and much smaller than the other competing capacitive technology: Leyden jars. In addition, mica doesn’t shatter like glass, which is a useful property for equipment subject to shellfire, so Dubilier’s mica capacitors were put into large scale commercial production to meet military requirements during World War I.