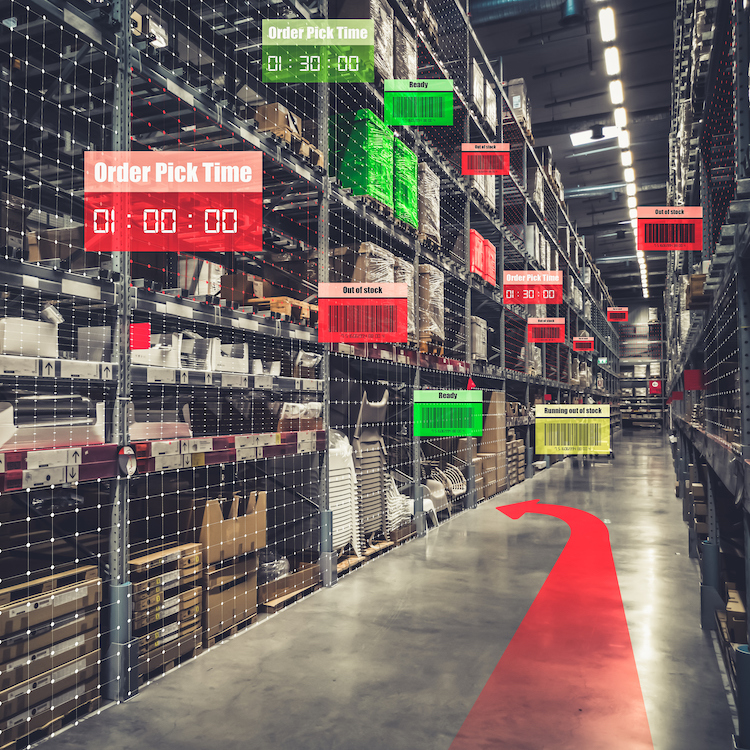 In Part 1 of this article, I discussed the founding stories of two early pioneers in electronic component distribution: Sager and Allied. These stories came from a new book published by the ECIA (Electronic Components Industry Association) titled “Electronic Component Industry Evolution: 100 Years of the Authorized Channel.” This book contains many stories of distributors who are very familiar to me, as well as telling electronic component distribution’s overall story. In this second part, I’ll tell you stories about a couple of distributors that started well after World War II.

Fifty years ago, Paul Andrews had a big problem. Andrews found himself without employment after General Dynamics laid him off from the swing-wing F-111 (Aardvark) fighter/bomber project. The F-111 pioneered the use of afterburning turbofan engines and automated terrain-following radar for low-level, high-speed flight. It was also the first variable-geometry wing aircraft to reach production. However, cracks in the F-111’s wing-attach points were discovered in 1968 during ground-based fatigue testing, and an F-111 crashed the following year due to this issue. Perhaps the subsequent redesign and flight testing that took place through 1973 was responsible for the layoff. In any case, the recently married Andrews was out of a job.

However, he’d developed a valuable skill and a network of connections while working as a military components buyer on the F-111 project. Andrews knew that procuring military-grade electronic components to meet project schedules was often difficult when purchasing from established distributors, and not just for General Dynamics, but for all DOD contractors.

Andrews used this skill and his Rolodex of contacts at military parts vendors as the foundation for building a specialized distributorship. He started the company at his kitchen table, in a 400-square-foot garage apartment located in Fort Worth, Texas. Andrews named his new venture Tex-Tronics and later changed the name to TTI. Initially, TTI specialized in one type of passive electronic component: resistors. Later, the company expanded to capacitors and connectors. Warren Buffet’s Berkshire Hathaway bought TTI in 2007. You may not know TTI, or know it well, but you likely do know two of the distributors that TTI now owns: Mouser Electronics and Sager Electronics. TTI acquired Mouser in 2000 and Sager in 2012.

Finally, I’d be remiss if I didn’t tell the story of one more distributor that I’ve dealt with many times over the years: Digi-Key.

Dr. Ronald Stordahl designed and started selling a kit called the “Digi-Keyer” to ham radio operators in 1969. (I never knew the origin of the company’s name until I read the ECIA’s book.) The Digi-Keyer automated the transmission of Morse code for hams. It was based on three Motorola RTL digital ICs:

Stordahl didn’t sell nearly as many Digi-Keyers as he expected, so he ended up with a lot of extra components, which he decided to sell to hams and other hobbyists directly through magazine ads and through a one-page, mimeographed “catalog.” Over the next five decades, Digi-Key grew into a major electronic component distributor with a very fat catalog that exceeded 1000 pages, at least until the company stopped printing catalogs in 2011, well into the Internet era.

Stordahl’s experience mirrored the rise of Radio Row, selling components to radio hobbyists, but lagging by exactly half a century. Digi-Key’s printed catalogs came in the mail with great regularity and were always part of my engineering library. Digi-Key was really the first electronic component distributor to fully embrace hobbyists in the 1970s. Other, older distributors had elevated their focus to industrial companies that placed far larger orders. Now that the Internet and automation have made small-quantity ordering commercially practical, more distributors are selling to hobbyists and makers. But Digi-Key really led the way.

Now, let’s pick up Digi-Key’s story in its own words from the ECIA book:

“Over the years, Digi-Key flourished as the original high service distributor and has continued to add products and services, and provides those products to customers wherever they are. Digi-Key ships more than 25,000 packages per day from our corporate headquarters in Thief River Falls.”

Now shipping 25,000 packages per day is a lot for any company. The claim gets even more impressive when you consider Digi-Key’s location: Thief River Falls, Minnesota. That’s about 60 miles south of the Canadian border in the middle of nowhere.

I traveled to Thief River Falls once, three decades ago. To get there, I first had to fly into Minneapolis. Then I took a six-passenger prop plane to Fargo International airport, which had two (count ‘em, two) jetways. The next day, I drove for a few hours in a rental car to get to Thief River Falls. The word isolated is apt.

On the way to Digi-Key’s headquarters in Thief River Falls, we passed a long, long parade of UPS trucks going the other way. Those trucks seemed to stretch to the horizon. The tableau was worthy of a Magritte-style, surrealist painting. Perhaps the UPS drivers would all be wearing dark overcoats and bowler hats in the painting.

If you’ve kicked around the electronics industry for a while, you really ought to download and read through the ECIA’s book. It contains many more stories like the ones that appear above. I’m sure this book will stir some pleasant memories for many of you.

Note: In reading what I’ve written in this article, I realized that this story has a decidedly American flavor. The ECIA is an American industry association, so its book and my experience with distributors are completely American. In no way do I wish to diminish or discount the work, histories, or contributions of distributors in other countries. I simply don’t know those stories.