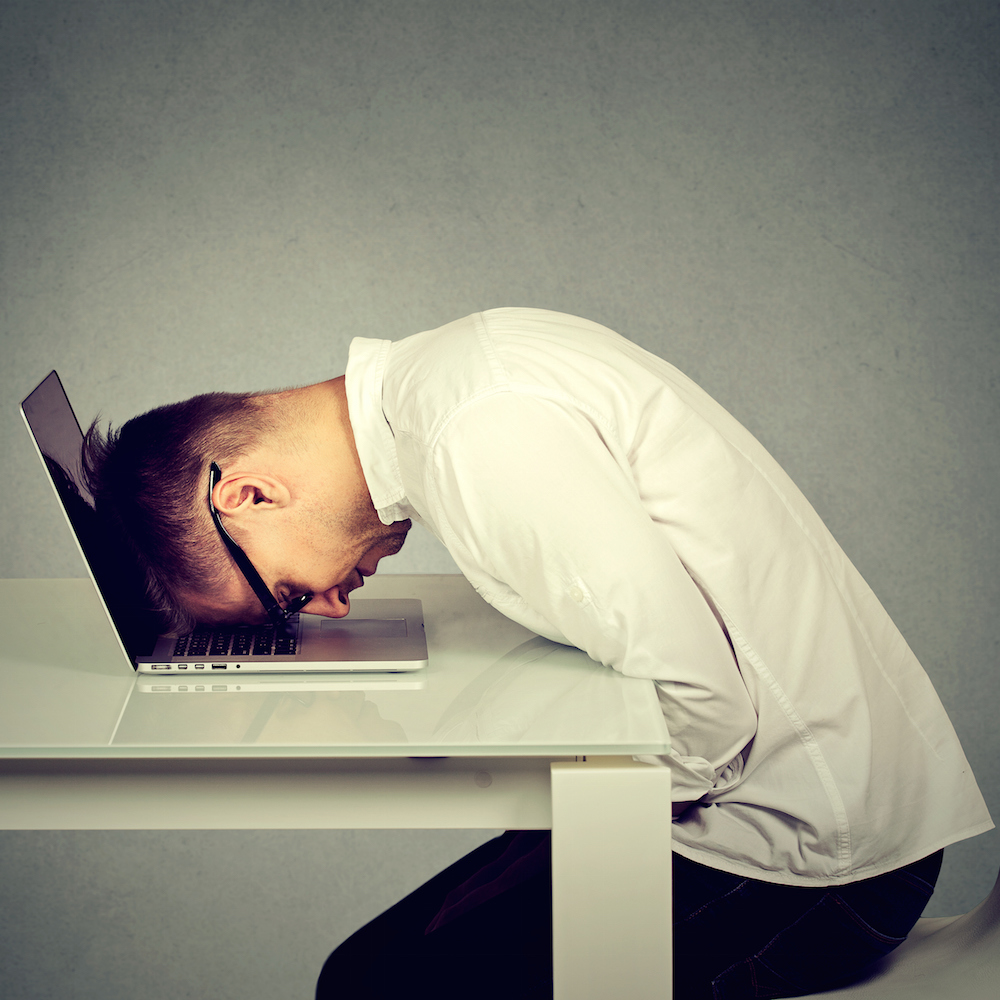 “Expectation is the mother of all frustration.” – Antonio Banderas

This “cloud” thing has got to stop before it kills somebody. They can make frustration-free packaging for consumer goods, so why can’t someone design frustration-free electronics, too? Oh, and get off of my lawn while you’re at it.

I’m no Luddite. I just hate it when other people (or machines) randomly decide when and how I can use my own purchases.

Case in point: About half of the new games on my PC or my PlayStation 4 require an always-on internet connection. Why? No good reason that I can see. Mostly so the software publishers can keep an eye on me, I suspect. But it’s ostensibly to enable multiplayer features like matchmaking, photo sharing, and unwanted chat messages with complete strangers. Golly, yes, I’d love to hear about how some 17-year-old from Azerbaijan beat his own high score on Destiny 2. Sign me up.

That alone wouldn’t be so bad, just an unwanted feature, if it weren’t for the complete breakdowns when that internet connection doesn’t work. Sony’s servers are down for the weekend? Too bad, Valued Customer. You can’t play your game until we fix the problem. And that $60 you spent on said game? Thanks for that, we’ll be putting it toward more server hardware.

Late last year, Logitech decided it no longer wanted to support its Harmony Link hub, so the company just decided to brick them all. Which is easy to do, since the gadget is designed to require permanent access to the company’s servers. No gentle easing into the sunset. No credit returns. No flowers or sympathy card. Just pull the internet plug and leave your Valued Customer in the lurch. (To give credit where it’s due, Logitech reversed its decision a few months later amid widespread outcry. So, all credit to the outcriers.)

I’ve got any number of PC programs that require me to create an online account, with email address, password, and click-through EULA before they’ll install, and my “credentials” are re-checked every single time I start the program. In exchange for this, I get endless spam from a company I barely know and have no wish to communicate with, along with the ever-present threat that the software I’ve already bought – excuse me, already licensed – will abruptly stop working.

Which it often does. Just yesterday, in fact. For no apparent reason, the program I’d been using for hours just up and quit. My recourse? Pound sand.

Apparently, it’s not enough that my computer works reliably. Now yours has to work, too. I’m happy to fix my own PC hardware problems, or to delve into the macabre world of Windows software issues. Heaven knows I’ve had enough practice at both. But to diagnose and fix someone else’s server problems? Sorry, that’s entirely out of my hands and there’s nothing that I, nor the thousands of other Valued Customers, can do about it. We’re entirely at the software publisher’s mercy, whim, and tantrum. Power failure in Georgia? My problem. Internet outage in Japan? My problem, too. Data breach in your servers? Definitely my problem. By the way, who’s actually looking at that account information you forced me to send, and where is it now?

The problem is so pervasive that there are websites that do nothing but report on the uptime of third-party software servers. Got a problem with your Adobe product? Check the site to see if the status light is red or green. Some include geographic outage maps, as if they were monitoring floods or a weather warning. “Ooh, bad day to be running Ubisoft products in Italy.” Sites’ traffic statistics show thousands of simultaneous visitors. I’m thinking they aren’t there for the entertainment value.

“Oh, but an always-on internet connection allows us to improve the Customer Experience™!” I hear them saying. I call BS on that. It allows them to harvest my usage information, along with limited demographic info, and expose me to a barrage of their marketing propaganda. Companies wouldn’t be rushing headlong into the clouds if it weren’t in their best interest, not mine. If this is supposed to benefit me, then allow me to decide when and where my machine should talk to yours, thank you.

Sony Interactive Entertainment charges $60 for Gran Turismo Sport, which entitles you to… spend an additional $60/year on a PlayStation Plus subscription! The game is obviously designed for online multiplayer use, but access to the multiplayer features requires a paid-up membership. It’s the gift that keeps on taking.

Sony should give the game away for free and just charge an annual fee to keep it working. Oh, wait. They already do that second part.

“Oh, but always-on connectivity enables us to deliver software updates! For free!” Uh-huh. I’m familiar with the concept of over-the-air updates. Wonderful things. So wonderful that I should be allowed to decide when my devices get updated. You’re not seriously suggesting that your company’s gizmos fail so frequently that they need to poll the mothership for firmware updates constantly throughout the day? They’re that flaky?

The best-known example of this, though hardly the most egregious, is Microsoft’s Windows 10. It installs massive updates whether you want them or not, and many users have complained bitterly about it. Inevitably, you’re about to get on a plane when Windows decides today is your lucky day and starts downloading 42GB of updates. There goes your battery, your costly airport Wi-Fi, your productivity, and your sanity. This is still my computer, isn’t it?

I get the need for updates. I really do. But often they’re used as a lazy excuse for shipping a product too early, before it’s ready. The phrase, “We’ll fix it in the next (dozen) updates!” should be taboo in any engineering or marketing discussion. If anyone in your organization entertains such squirrely notions, it’s time to look for another job. If it’s you, it’s time to offer yourself up as sacrifice to the Valued Customers waiting outside with pitchforks.

My hope is that we’re in that early peak portion of the Hype Cycle, the part where everyone overestimates the value of some new thing before reality sets in and everyone comes to their senses. Maybe we’re over-connecting everything and this will all go away in a few years.

But probably not. There’s too much demographic information to be gleaned – and sold – for product companies to give it up easily. Connectivity is a conduit for marketing messages, bug fixes, social connections, microtransactions, multiuser features, statistical analysis, and malware propagation, among other things. In short, it’s too useful to too many parties (both friendly and not) for it to disappear. But it does need to learn some manners. I just want to use my $@# computer when I want.