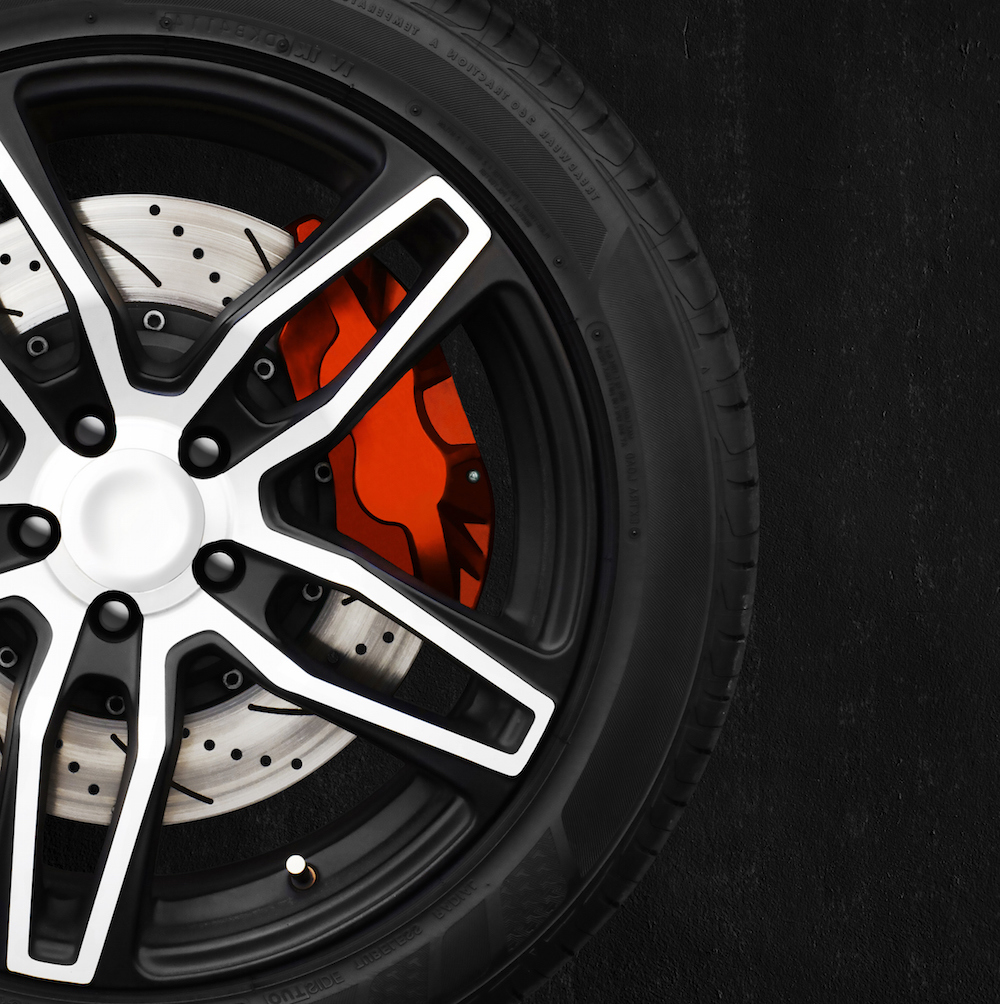 “It feels good when it stops.”

It’s beyond dispute that cars are safer than ever before. Some of that is due to basic physics – cars have thicker doors, tougher roofs, shatterproof glass, bigger bumpers, and so on – and some is due to electronics. We now have cars with automatic cruise control, automatic distance-keeping, and limited automatic piloting.

What’s not clear is whether the same electronic nannies that make cars smarter also make drivers dumber. (Hard to tell, I know…) There’s some anecdotal evidence that GPS navigation systems have made drivers less aware of where they are. They simply don’t pay attention to street names, addresses, or intersections and instead just blithely “follow the bouncing ball” to their destination, unconsciously expecting the GPS to guide them safely with minimal driver intervention.

Because electronic devices improve all the time – that’s what we do – those automotive aids improve, too. Which is another way of saying the current systems aren’t very good. Case in point: automated emergency braking (AEB) systems.

The concept seems simple enough: stop the car before it rams into something. How hard can that be? Use radar or cameras or lidar or some other sensor to look straight ahead, and, if the car is on a collision course, hit the brakes. A little basic math will tell you how much time you have to slow down, based on the car’s current speed, weight, and average braking distance. Now go implement it.

Such AEB systems are already common, and they’ll be effectively mandatory in just a few years. By 2022, virtually all vehicles sold in the U.S. will have automated emergency braking as standard equipment, meaning you won’t get a choice. The robot will be riding the brakes alongside you.

Which would be fine, if they worked better. But, like most electronic devices under development, there are some bugs. The Insurance Institute for Highway Safety (IIHS), the Department of Transportation (DoT), the National Highway Traffic Safety Administration (NHTSA), and several independent groups have all found striking differences in the way different carmakers’ AEB systems behave. Most have found instances where the system inexplicably fails to brake at all. Other times, it braked for no apparent reason (a “false positive” in testing terminology). And sometimes both things happened in the same car on the same day. So many Jeep Grand Cherokees were abruptly halting themselves on the road that customers complained, and the NHTSA opened a yearlong investigation. (It found no problems and issued no recalls.)

Granted, some of those reported failures could be driver error. It’s happened before. Years ago, some cars were accused of “unintended acceleration” when their drivers swore that they were stepping on the brake pedal, not the gas pedal, as their car jumped forward, usually into the garage door or over a pet. Naturally, the drivers blamed the hardware, not the operator. No problems were found, and the rate of driver complaints eventually declined. (Never mind the fact that no car in the world has an engine that can overpower its brakes.)

First, the good news. The IIHS says that vehicles with AEB or similar early-warning systems accounted for 39 percent fewer rear-end collisions, compared to cars without it. That’s a win. In fact, it’s a huge win. Imagine a drug that reduced the chances of contracting disease by 39 percent, or a new chip that boosts performance by 39 percent. I’ll take that kind of improvement.

But wait a minute… why isn’t the reduction 100 percent, or close to it? Why don’t these AEB systems prevent all rear-end collisions? After all, how hard can it be to detect a big immovable object straight ahead and slow down before hitting it?

Pretty hard, as it turns out. In the simplest government test case, any vehicle equipped with AEB can avoid a stationary object directly ahead, but only if the car is traveling at 25 mph or slower. That’s because that’s exactly the test criterion set by the NHTSA in the U.S. Above 25 mph, things get trickier. In their testing, the editors of Car and Driver magazine found that Cadillac’s CT6 could avoid a collision at 30 mph but not at 35 mph. Tesla’s system worked up until about 37 mph, a Toyota Camry maxed out at about 33 mph, and a Subaru Impreza avoided rear-ending a barrier at speeds above 40 mph (although it hit the barrier hard when testing at 50 mph). And that’s with a large, stationary object directly ahead. The simplest test possible, in other words.

A modest variation of this test is the “Florida Retiree” test. You’re traveling at a normal speed but closing on a slow-moving vehicle directly ahead (probably with its turn signal on). The results aren’t much different. If you’re moving at 30 mph and the car ahead is doing 10 mph (closing speed of 20 mph), every car avoided rear-ending the retiree. But above 30 mph, results varied, with the Subaru again taking top marks.

What’s trickier is the test I call the “Jump Scare.” Your car is following another car, which suddenly swerves out of the way to reveal a stationary object dead ahead. This is pretty typical of real-world applications, where a sofa or a mattress falls onto the highway and the driver in the car ahead swerves to avoid it. If you were following at a safe distance, you would, by definition, have enough time to react and save yourself. But since you’re probably tailgating closer than your driving instructor taught you to, you’re on a collision course with someone’s latest IKEA purchase.

These present real problems to AEB systems, and many don’t handle it well. All four cars mentioned above avoided collisions when traveling at a pedestrian 20 mph, but only two passed at 25 mph (the Cadillac and the Subaru). None passed at the breakneck speed of 30 mph, which means they’re not useful at freeway speeds. In fact, neither the Subaru nor the Tesla slowed at all, slamming into the obstacle at full speed. Their AEB systems evidently failed to recognize the problem and blissfully plowed straight ahead.

What’s just as troubling is the variability. In some tests, a car would easily avoid a collision, but then hit the same object a few minutes later. Repeated tests produced a range of results, with the AEB braking earlier, later, or harder. So much for determinism.

And that’s just on a straight road. And dry pavement. And daylight visibility. And big car-sized obstacles. Now imagine that the road curves slightly. How do you design an AEB system that can look around the bend to find objects along your predicted path, or find smaller objects (a rock, say) that aren’t so big?

Automakers are clearly aware of their systems’ shortcomings, and they tell vehicle owners not to rely on them too devotedly. The Camry’s 612-page owner’s manual includes two pages describing what the AEB system can do and another nine pages on what it can’t. Toyota also says that its system might not work on hills, when following trucks, when the wiper blades block the camera, or if the sun is directly ahead or behind. So… don’t let any of those things happen?

Then there’s the problem of false positives, when the car suddenly slows or brakes to a stop when it shouldn’t. Ironically, this may wind up causing a rear-end collision as the guy behind you wonders whether you’ve dropped your Slurpee in your lap or what.

Finally, there’s also the problem of intent. If you, as the nominal driver of the car, are already aware of the obstacle ahead and intend to calmly steer around it, then the AEB system should not intervene. The last thing you want is for it to slam on the brakes just as you’re steering into the next lane. It’s tough to design a system that controls one input but not the other. Think of it as the mother-in-law problem.

The solution to all of this – the technological solution, that is – is more intelligence and better sensors. Toyota’s sunlight warnings suggest that its camera sensors aren’t really up to the task. Lidar sensors (like those we’ve covered here and here and here) might be better suited, since they emit their own light and aren’t likely to be dazzled by ambient sunlight. Artificial intelligence will almost certainly play a role as well, since the analysis problems are clearly tougher than today’s systems are prepared to handle.

The real solution, however, is to drive your $#@ car. Guns and poisons and sharp objects and cars are all unsafe if they’re in untrained, unprepared, malicious, or inattentive hands. Until we get to fully autonomous vehicles – and maybe not even then – we’ll just have to take responsibility for our own actions.

One thought on “Don’t Trust the Robot Driving Your Car”