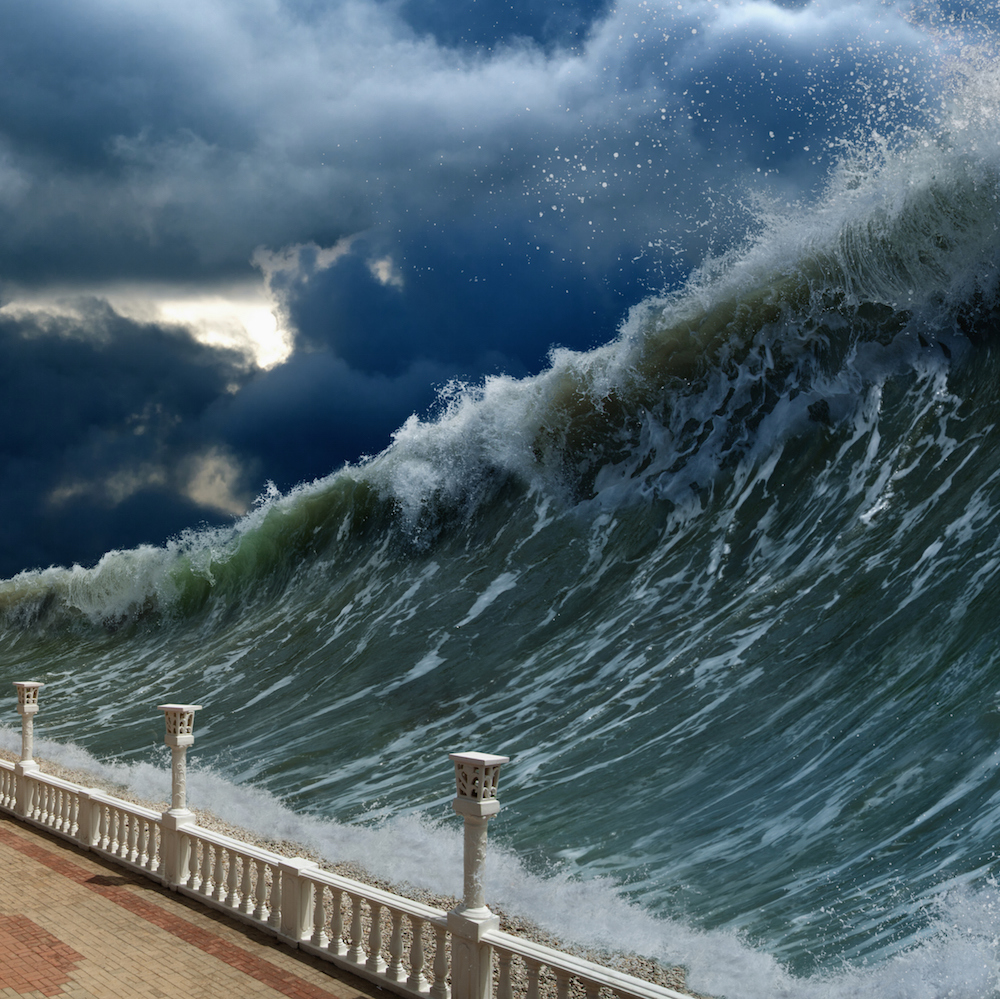 Do This now! Before the IoT Security Tsunami Hits

“There will be more than 24 billion things connected to the Internet by the year 2020,” said Linda Grindstaff, VP of Content Operations in McAfee’s Office of the CTO, who keynoted at the recent Internet of Things Device Security Summit held in Santa Clara, California. That’s more than four connected devices per person on the planet. “There will be more than 80 connected devices in a household by 2020,” she said, noting that, “all of these devices have security vulnerabilities.”

“60% of consumers are concerned about security and don’t know what to do,” concluded Grindstaff.

Then she discussed an example:

Yes, so what? Here’s what. It’s possible to hack the WiFi-connected Wemo switch, but that’s not the real problem. Using standard Internet exploits, hackers can turn the Belkin Wemo into a network gateway and use it to gain access to your home’s entire Wi-Fi network. The Wemo can be used to access all of the other less-than-secure IoT devices on your home Wi-Fi network.

For example, your smart TV.

So what, you say. Who cares if a hacker can change the channel on my TV? You probably don’t mind if a remote hacker channel surfs at your expense. After all, they can’t watch the video. But would you mind if they activated your TV’s microphone and listened in on your conversations? How about if hackers used the Belkin Smart Plug to connect to the babycam in your nursery or the Webcam in your teenage daughter’s bedroom? Got the picture?

Let’s make a quick time jump to one of the subsequent speakers at the IoT Device Security Summit, Chowdary Yanamadala from Arm, who discussed two more IoT and near-IoT exploits. The first exploit, the famous Mirai botnet caper, nearly shut down Internet service in the northeastern US in October, 2016 through a DDoS (distributed denial of service) attack. The Mirai malware turns networked devices running Linux into remotely controlled “bots” by identifying vulnerable IoT devices and breaking into them using a table of common factory default usernames and passwords. Mirai finds vulnerable devices, logs into them, and infects them with malware.

In all, the estimated economic damage topped $100 million.

You don’t even need the Internet to cause havoc using IoT security exploits, said Yanamadala. His second example involved the ZigBee-connected smart streetlights of Paris (France, not Kentucky or Las Vegas). This exploit took advantage of a bug in the ZigBee chip used in the streetlights. Several bugs, in fact.

The first bug was in the chip’s proximity detector. Normally, the chip is supposed to ignore factory-reset commands from transmitters farther away than 45cm. It’s tough to get that close to a streetlight on a tall pole (but you can do that with a ZigBee-equipped hacking drone, for example.) However, the ZigBee chips used in the streetlights allowed such commands from transmitters as far away as 400m. That’s nearly two orders of magnitude larger than spec. No drones needed.

Next, the hackers (actually researchers) were able to use the global security key that’s used to encrypt and authenticate new firmware for this chip, which was obtained through a side-channel attack that monitored the chip’s current consumption. This key has now been widely published, and that same key is used in every single copy of this particular ZigBee chip. So once the key had been cracked, every such chip was open to hacking.

Using these two exploits, the team could infect a random selection of Paris streetlights by forcing an OTA (over-the-air) firmware update that included code to spread the infection from one connected streetlight to the next. A chain reaction over the entire mesh network of streetlights was then possible.

And now, back to Grindstaff’s keynote.

The IoT security problem is much bigger than simply taking over an IoT device or even an IoT device class. The problem is that these devices can be hacked to broadcast almost any sort of message over the Internet, because IoT devices are connected to the Internet. That’s what put the “I” in IoT.

As the famous New Yorker cartoon said way, way back in 1993: “On the Internet, nobody knows you’re a dog.”

So what can an IoT hack do? Here’s what:

Life and Death: Grindstaff cited an example where she watched over the shoulder of one of her colleagues at McAfee as he hacked into an X-ray machine at a hospital and pulled up images of a patient’s leg. Don’t think just about X-ray machines. Think about heart-rate monitors, medical infusion pumps, and ventilators. People can die from this sort of IoT hacking. Nearly all medical equipment is going IoT as fast as possible to provide the electronic monitoring needed to stretch human medical staffs across more and more patients. This potential problem grows daily.

Industrial Control Havoc: Once you understand the IoT security hacking threat, it takes little imagination to think of the havoc to be caused by commandeering pumps, valves, motors, chemical plants, refineries, and nuclear power plants—just to name a few.

So the threat’s real. What’s to be done?

Grindstaff had some specific recommendations for fixing the IoT security problems:

Embed security into the architecture, interfaces, and product design of IoT devices. You cannot effectively add security as an afterthought. Establish and test your basic security assumptions. Ask:

Require patches and upgrades to be encrypted and signed.

Allow only approved software to run on IoT devices.

Authenticate owners and allow only authenticated owners to set limits on data and privacy policies.

Provide advanced configuration and reset capabilities. If an IoT device or its network detects an intrusion attempt, initiate a factory reset to block the hack from the system.

My opinion is this: Grindstaff’s advice is fine, as far as it goes, but it requires all of us to become network engineers and to memorize hundreds of new IoT passwords. I’m pretty sure that it’s not going to work the way Grindstaff described things. Allow me to provide one personal example as positive proof:

I have a friend living in my condo. He installed a Nest IoT thermostat a while ago so that he wouldn’t need to get up all the time to change the temperature setting on thermostat. No, he’s not lazy. He doesn’t walk well, so getting up is a real problem for him. Shortly after the Nest thermostat was installed, it turned the heating system on full blast in the middle of summer. My friend could not shut the system down and was in danger of dehydrating from the heat when he called me.

After all, I’m an electrical engineer with more than a passing familiarity with things Internet. How hard could it be?

I went down to his condo to help.

The Nest thermostat’s built-in user interface was completely unresponsive. Clearly, I needed to access it over its Wi-Fi connection through the app on my neighbor’s cellphone, so the first thing I needed was the password. After all, you can’t let just anyone control an IoT thermostat.

That’s just an example of one household IoT device. Maybe it’s an extreme example, but it really did happen to me (actually to my neighbor).

Now recall Grindstaff’s prediction at the beginning of her keynote:

“There will be more than 80 connected devices in a household by 2020.”

Think of my neighbor’s experience times 80. A tsunami of IoT security disaster awaits us all.