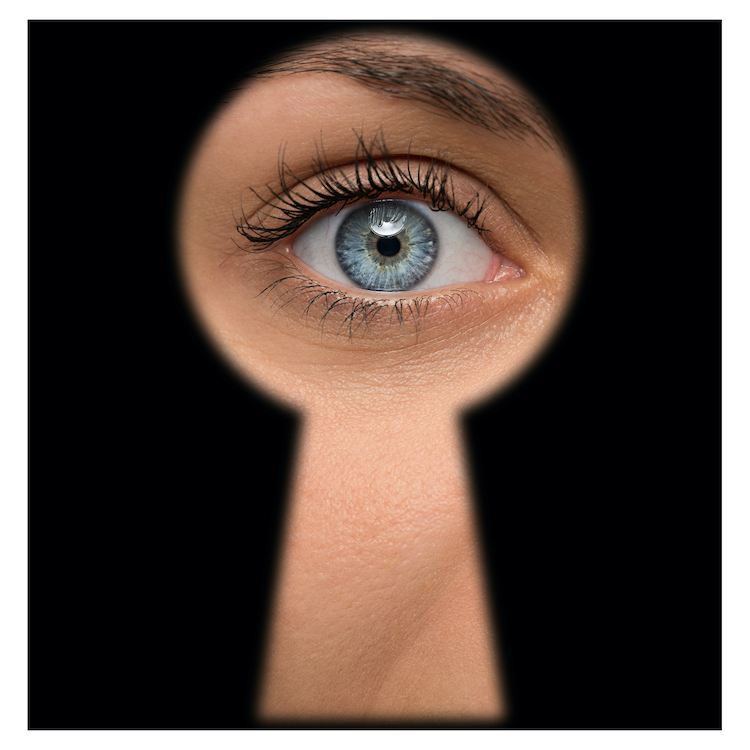 Cameras, License Plates, and You

So, there I was, fiddling around with networked cameras again, when I discovered that it’s really easy to read car license plates. So easy, in fact, that a lot of people are worried about the side effects. It’s another case where technology has outstripped public will.

Cameras are really stupid, which you already knew. They have no idea what they’re looking at, and they have no concept of depth perception. This may seem obvious, but it presents real hurdles when you’re using cameras for security. How do you tell a cat from a cat burglar? A large object far away presents just as many pixels as a small object close by. Even clouds passing overhead can confuse them. It’s surprisingly tricky for video surveillance software to reject the mundane images of people and cars passing by while still capturing that one-in-a-million event (you hope) of someone breaking a window or stealing the plastic flamingo from your front yard.

But license plates? Those they’re good at. I discovered this by accident while tweaking my rudimentary system to detect UPS or FedEx delivery trucks. Because technology! And because delivery drivers apparently compete with one another to hide my packages in creative and unusual places. If I know there’s a brown truck in my driveway I know where to begin the hunt.

But how to distinguish between delivery vehicles and my own car, or a friend’s car? Size isn’t enough of a differentiator; some friends have minivans or suffer from massive SUV (stupid urban vanity) syndrome. Turns out, reading the license plate on an approaching vehicle is an easy way to identify friends vs. visitors. License plates are regular, man made objects with easily legible characters on a high-contrast background. This is deliberate, of course. License plates are supposed to be easy to read, though I don’t think CMOS image recognition was a design goal.

But then I felt a twinge of guilt. Or maybe just a premonition of self-preservation. Is it legal to monitor and record license plates? Does it matter if the vehicle is already in my driveway? What about if it’s still on the road – is that still okay? Can I keep records of the FedEx driver’s comings and goings, or is that a no-no?

Turns out, it’s all legal. And that’s the problem.

Interestingly, it’s completely legal for you, me, or anyone else to record every license plate we see. You can even keep detailed records of everybody’s comings and goings. And you can sell that information. A car operating on a public road is just that – public – so there’s nothing to stop you from taking pictures, recording license plates, and amassing your own database of passing cars. If you want to set out a lawn chair on some street corner and write down every car that passes by, there are no laws against it. You might even make a tidy profit.

But you’ll have competition, because many public and private groups have already done just that. It’s so easy to observe and decode license plates that there are now vast overlapping databases of vehicle movements – including yours. Cameras scattered over cities, towns, and highways record every plate they see. They’re on telephone poles and toll plazas, in police cars and parking lots. Garbage trucks often have scanners that record the license plate of every car they pass during their rounds. The Wall Street Journal says, “The vast network of automated license-plate scanners, which has been growing for decades, makes it nearly impossible to drive anywhere in the U.S. without being observed.”

Even ten years ago, Vigilant Solutions said it was collecting 35 million new plates every month. As the Journal points out, the company has amassed 30× more scans than there are registered vehicles in the United States. That means every car has been scanned an average of 30 times. And that’s just one company.

Some databases retain the data indefinitely; some regularly purge the images. But the rules change from place to place, and nobody’s really sure what it’s okay to do with that information or what constitutes a creepy invasion of privacy. British municipalities use license plate scans to fine speeders. If you pass within sight of two cameras too quickly, you’re busted.

The National Conference of State Legislatures maintains a list of U.S. state laws regarding automated license plate readers (ALPRs). Fewer than one-third of states have such laws. The rest sort of wing it.

The information they collect is definitely useful to law enforcement. It’s been used to solve many crimes, some of which might have otherwise gone unsolved. The courts have largely upheld the ability of public and private entities to collect license plate data and to use it as admissible evidence. The Washington, D.C. police department says it averages one arrest per day directly from ALPR data.

But the ease with which we can collect and aggregate such information makes it sensitive. Watching one car whiz by is no big deal. But recording every time that car passes by, and then correlating it with other cameras elsewhere, reveals an awful lot about the driver’s habits.

“ALPR technology can be used to target drivers who visit sensitive places such as health centers, immigration clinics, gun shops, union halls, protests, or centers of religious worship,” says the Electronic Frontier Foundation (EFF) on its website. Not to mention where you work, where you live, and where you hang out in between the other two.

The American Civil Liberties Union (ACLU) has similar qualms. “This information is often retained for years, or even indefinitely, with few or no restrictions to protect privacy rights… That’s quite a large database of innocent people’s comings and goings. The government has no business collecting that kind of information on people without a warrant.”

Taken individually, none of these ALPR observations would be unusual. It’s only the act of automating them and correlating them – the “network effect” – that makes the situation unique. You can sit in your lawn chair and make notes all day long. An off-duty cop can wait outside a biker bar and watch for known gang members to roll up. An Old West sheriff can saddle up outside the saloon until the guys in the black hats ride into town. We’re accustomed to individual observations, but not coordinated mass surveillance. That’s where it gets weird.

Legal experts generally agree that there is no “reasonable expectation of privacy” (a specific legal term) while traveling on public roads. But they also recognize that the ability to collect massive amounts of such data changes the equation. “It’s Big Brother, and the question is, is it Big Brother we want, or Big Brother that we don’t want?” says Orin Kerr, law professor at George Washington University.

We haven’t figured that out yet, either individually or collectively. Today, it’s a patchwork of lightweight rules, guidelines, and (occasionally) laws that mostly regulate how long ALPR data can be retained, but that says nothing about how it’s collected, how it’s used, or who gets to see it. Some things are just very hard to see in the distance.

One thought on “Cameras, License Plates, and You”