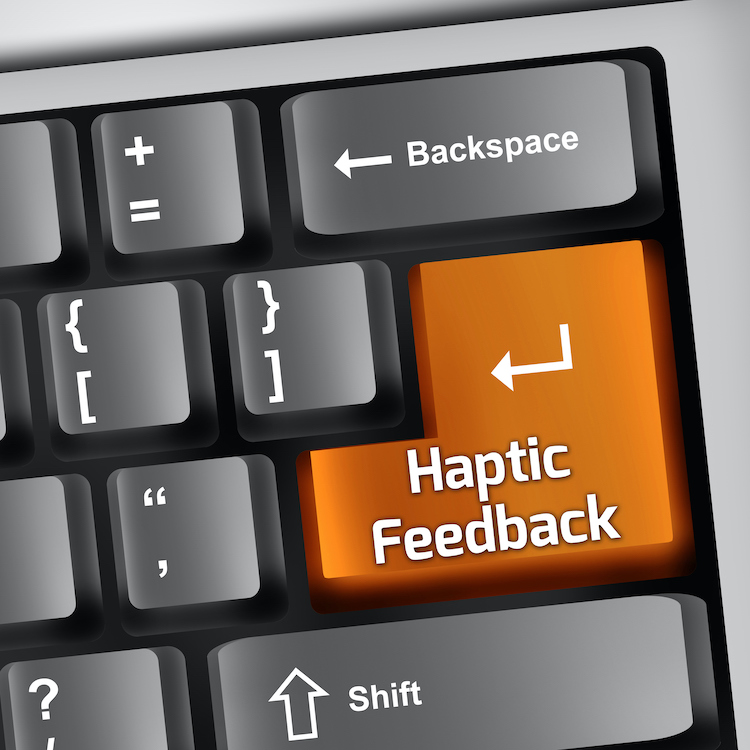 How do you do, fellow youths! This week we’re reviewing the chilliest gadget in the ’hood. I’m pretty sure that’s what it is, anyway.

Canadian startup Boréas has gone all-in on haptics, producing its own controller chip and partnering with TDK for a specialized actuator, to produce what it claims is the smallest, most power-efficient, and “strongest” haptic subassembly available. Like most haptic subsystems, it’s intended for wearables, smartphones, and automotive uses.

The name Boréas comes from the French-Canadian rendering of the Greek god of the north wind – a familiar concept to Quebecois, and a nod to the chip’s cool (as in low power) nature. The company aims to minimize the physical and electrical footprint of its solution while also maximizing its effects.

The problem with haptics is size. The vibration feedback you get from your phone or fitness band is caused by a moving mass, and mass takes up space, and space is at a premium in exactly those products that utilize haptic feedback. They’re almost always battery powered, and the battery takes up most of the space. (Look at smartphone teardowns for examples.) Product companies don’t want to reduce the size and capacity of the battery because battery life is a selling point, so everything else has to squeeze into the space remaining.

Haptics are also a selling point, but one that’s farther down the list of priorities. As a result, products often get small and feeble haptic actuators – just enough to make it buzz. That’s okay for a cheap wristband, but not for a high-end device that’s supposed to convey quality. Boréas founder Simon Chaput described one expensive wristband that “sounded like a kazoo” whenever the actuator was active. Not the image its creator wanted. Quality shows up in funny ways.

To counter the size-versus-quality issue, Boréas enlisted the help of TDK. The Japanese giant produces a piezoelectric actuator based on an entirely different technology than the common LRA (linear resonant actuator), VCM (voice coil motor), or ERM (eccentric rotating mass) actuators seen elsewhere. Its response time is faster because it’s not using magnets to move mass, and it’s got more bandwidth for the same reason. It starts and stops faster, so it uses less energy. TDK’s actuator can also reproduce arbitrary waveforms in the 30–300Hz range, which LRAs and ERMs can’t do.

Boréas couples this with its in-house driver chip and a few analog components to produce a complete haptic subsystem. The hardware interface is a standard SPI link, and the software interface is… well, whatever you want it to be. The chip isn’t a processor and it’s not programmable, so there’s no onboard intelligence. Instead, you feed it arbitrary waveforms over the SPI interface and it does what it’s told. On the plus side, that means you can create any waveform of any duration you want. On the downside, you’ve got to babysit the device throughout.

To solve the cheap kazoo problem, Boréas suggests wedging the piezoelectric actuator firmly into place and using the entire product as an extended actuator. This provides the equivalent of audio “bass response” by involving more mass without increasing the size of the actuator itself.

Boréas promises that this is just the first of a planned series of haptic drivers. The company hinted that future versions will be tuned for smartphones and for automotive applications, and probably paired with different actuators.

Before getting into haptic feedback, Boréas’s founders first experimented with tiny piezoelectric fans for electronic cooling. (Hence, the company name.) After all, haptics move air by their nature, and piezo fans are well-established technology. The lure of consumer electronics seemed more promising than cooling fans, and the company pivoted to wearables with its new product line. Let’s see if that winds up being the right choice.