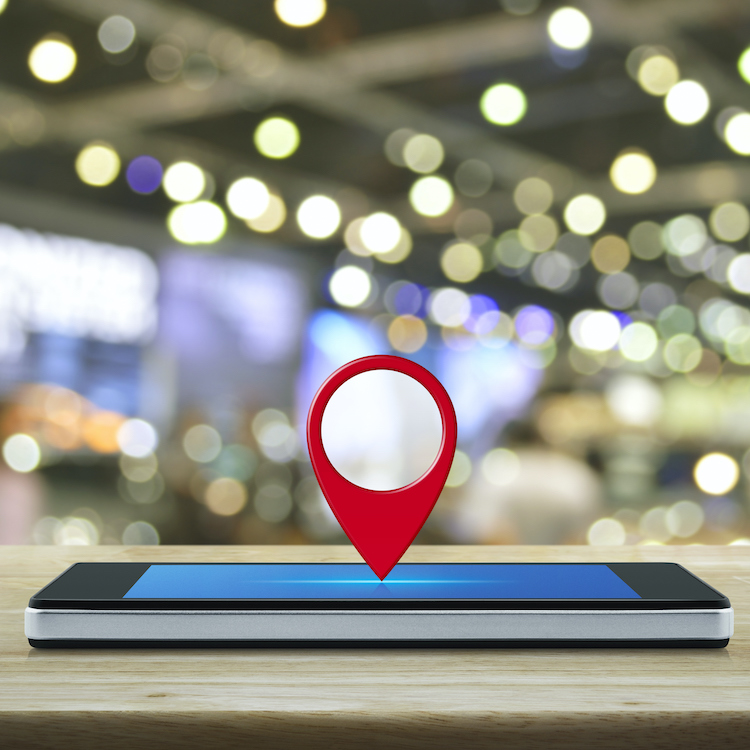 I’m sure Harald Gormsson (ca. 910–985) never saw this coming. The wireless specification that bears his nom de guerre has been extended, amended, and adapted to encompass all sorts of new applications. What began as an excuse to wear a wireless earpiece is now a way to connect to our cars, stream music to our speakers, and locate our missing pets.

Wait, what was that last bit? Yes, Bluetooth is more than just a short-range pipe for transferring data. It is also a kind of indoor GPS, given the right tweaks. Bluetooth AoA and AoD can locate objects to within a few inches, whether they’re moving or stationary. It might not be used much today, but a handful of big vendors are betting it’s just around the corner.

Starting with Bluetooth 5.1, the specification now includes two new features for direction finding called AoA (angle of arrival) and AoD (angle of departure). Like satellite GPS, AoA and AoD depend on the precise timing of radiated signals to determine where a receiver is located relative to the transmitter. Unlike GPS, AoA/AoD aren’t three-dimensional and they don’t require a “constellation” of transmitters: just one. It’s relatively cheap to implement and it uses the same 2.4 GHz RF band that Bluetooth uses now.

In practice, you’d use either AoA or AoD, but not both. Both methods deliver the same result, namely a relative angle in the X/Y dimension, but they arrive at the answer in different ways. Both require an antenna array and the latest Bluetooth 5.1 hardware at one end or the other. The biggest difference is whether the transmitter or the receiver does most of the work.

Note that “transmitter” and “receiver” do not correlate with mobile and fixed or anchor and tag. In Bluetooth parlance, the “anchor” is a fixed point, and your angles are measured relative to it. The “tag,” on the other hand, is assumed to be mobile (else why bother locating it?). But the fixed anchor is not necessarily the transmitter, nor is the mobile tag necessarily a passive receiver. It might be the other way around.

With AoA, the transmitter is fairly dumb. It sends out an omnidirectional ping from a single antenna, much like any other Bluetooth transmitter. The receiver must have an antenna array, which it uses to detect the slight differences in IQ (quadrature) timing as the transmitted signal crosses the array. From that information alone, it can deduce the angle from which the signal was sent.

Typically, the transmitter will be a mobile object (tag) that you’re trying to locate, and the receiver will be fixed on the wall or ceiling. It’s up to software to translate the received angle into something useful, like which room in a building or which shelf in a warehouse the signal is coming from.

A single anchor point will provide an angle — a direction — to the transmitter, but not its distance or elevation. That might be enough, but there’s also nothing wrong with using multiple anchors to triangulate a tag’s position in 3D space.

The AoD method works in the same way, but in reverse. The transmitter has an array of antennas, and the receiver has just one. This puts more of the burden on the transmitter, while receivers can use fairly generic hardware — like a smartphone. In this scenario, it’s the receiver that’s moving (i.e., a person walking with their phone) while the fixed transmitters provide waypoints.

Either way, at least some of the hardware has to be Bluetooth 5.1 compliant. One advantage of the AoA method is that only the anchor(s) need to comply. The tags can use older Bluetooth 4.0 hardware, and, since most installations have more tags than anchors, that’s a bonus.

Silicon Labs, Texas Instruments, Nordic Semiconductor, and Dialog Semiconductor all offer chips with AoA support — as well as one other company that many designers probably haven’t heard of. Blueiot is a relative startup in Beijing that does Bluetooth location for IoT devices, as the name suggests.

Blueiot CEO Rayson Zhao says the company was founded in 2013 and originally focused on UWB (ultrawideband) location finding but eventually switched horses to Bluetooth AoA/AoD. He admits that UWB provides better accuracy than AoA and is easier to work with, but that AoA is cheaper, and it has more market upside and momentum.

Zhao sees most customer applications falling into two major (and seemingly unrelated) categories: warehousing and healthcare. Logistics companies want to track boxes on shelves, forklifts in the yard, trailers behind buildings, and even employees moving around crowded facilities with poor sightlines. Healthcare users, on the other hand, tend to track the whereabouts of valuable mobile diagnostic equipment, doctors, and patients. A small tracking tag worn on a wristband or a lanyard can help a hospital locate wayward patients or a much-needed physician.

In all these cases, Zhao says that AoA works better than AoD because the tags need to be cheap and simple, while the comparatively expensive anchor points are fixed. He does see AoD gaining ground in a few years, however, as iOS and Android add support for it. Then, smartphones can provide wayfinding for hospitals, museums, government buildings, and other hard-to-navigate spaces.

Zhao joked that the ideal transmitter would have a hundred antennas spaced over a couple of meters. That would make signal decoding a lot simpler, but it’s not gonna happen. Most real applications have about five antennas in a 20–30 cm space, simply because the object being tracked isn’t any bigger than that. Anything big enough to house the perfect antenna array is also big enough to spot from space. Or from Valhalla. King Harald would be pleased.

One thought on “Bluetooth AoA, AoD Find the Way Indoors”

featured blogs
This Week in CFD
Hard to believe it's already December and 11/12ths of a year's worth of CFD is behind us. And with the holidays looming, it's uncertain how many more editions of This Week in CFD are... [[ Click on the title to access the full blog on the Cadence Community sit...
More from Cadence...

Sharing an Ice Cream Sundae with John Cleese
Believe it or not, I ran into John (he told me I could call him that) at a small cafÃ© just a couple of evenings ago as I pen these words....
More from Max's Cool Beans...
We Hope to See You at Intel® FPGA Technology Day 2021
Intel® FPGA Technology Day (IFTD) is a free four-day event that will be hosted virtually across the globe in North America, China, Japan, EMEA, and Asia Pacific from December 6-9, 2021. The theme of IFTD 2021 is 'Accelerating a Smart and Connected World.' This virtual event ...
More from Intel...