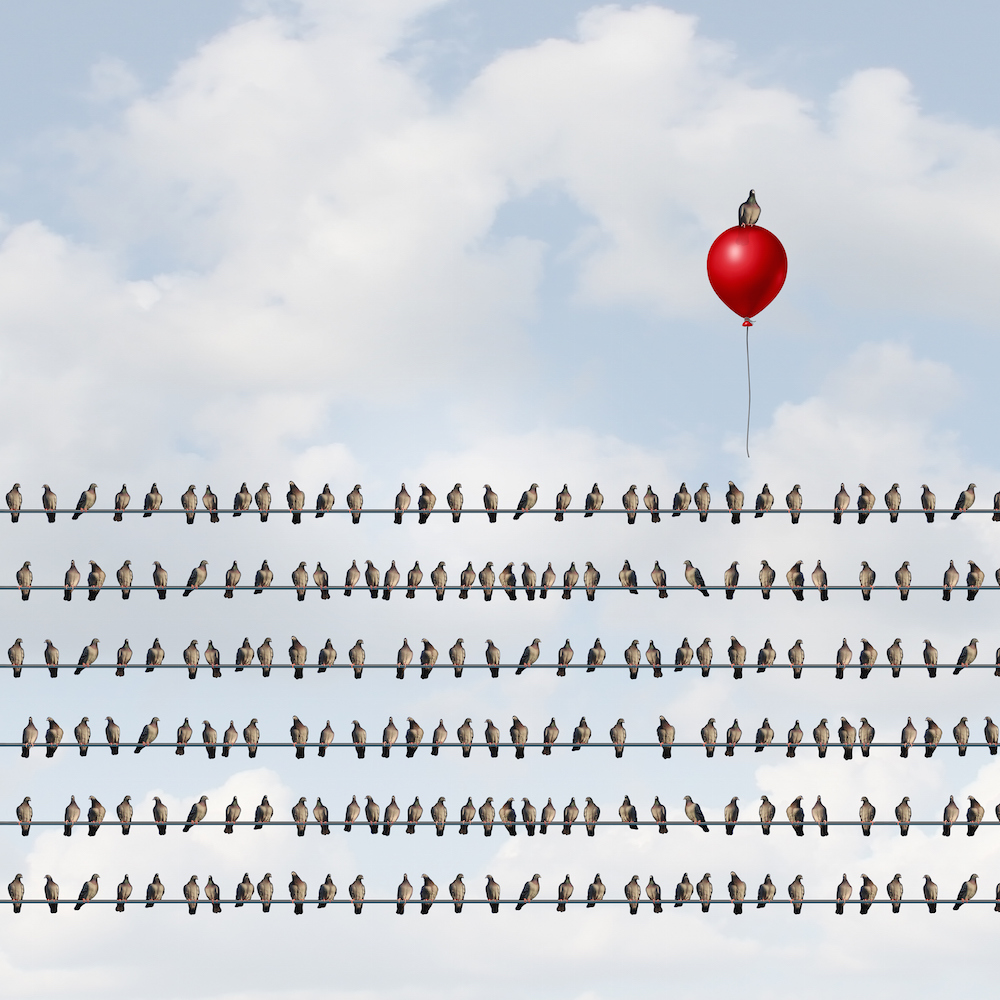 Be a Great Engineer

Traits of the Best
by Kevin Morris

There is no question we are in the era of massively collaborative engineering. The world-changing electronic system technologies being developed today – IoT, autonomous cars, AI, robots – are all the products of thousands or tens of thousands of engineers working together, developing new components, subsystems, software, and techniques. The hive-mind approach permeates just about every type of engineering project, and with large multi-disciplined teams attacking each major task, the level of specialization in engineering just continues to grow.

Collectively, we work on the expansive scaffolding developed by our predecessors. Design tools empowered with the latest algorithms and massive compute power optimize electronic circuits of a complexity that could never be conceived by individual minds. Tricks and techniques passed down through generations of talented engineers are automatically applied at a staggering scale to billions of sub-parts of incomprehensibly elaborate electronic systems.

With all this automation, specialization, and collaboration, it sometimes seems that the practice of engineering is being reduced to a kind of singularity, where each engineer works as a virtual automaton in a conceptual cubicle that leaves little room for creativity or invention.

Where, then, has the super engineer gone? Is there still a place for Great Engineers in the modern era?

A colleague who runs an engineering consultancy once told me – quite matter-of-factly – that a “great” engineer was worth forty-five “good” engineers. I pressed him on the number. Surely the “forty five” was hyperbole. He doubled down and stood his ground. He explained that he had made his living for decades from transactions based on the number of engineering hours required to complete a project. In doing so, he had ample opportunity to consider and measure the concept of engineering productivity, and that forty-five was THE number – not forty-six or forty-seven, but forty-five.

He then went on to emphasize that this was the ratio in comparison with “good” engineers. He took pride in the notion that his firm hired only the best talent, and he had dozens of good engineers in his employ. These were people with advanced engineering degrees from respectable schools, considerable experience in a wide range of fields, and demonstrated competence doing professional engineering work. His metric argued that it would require forty-five of these professionals to equal the value of one Great Engineer. He explained that challenging engineering projects reached an asymptote where adding additional engineers to a team no longer yielded a faster or better solution. “And,” he added, “some projects simply cannot be done without one Great Engineer.”

This is in line with what I have heard several times from a brilliant engineer I know: “No number of 140 IQ people can accomplish what one 160 IQ person can.” This refers, of course, to the spark of invention – the novel, enabling idea without which a project would not proceed. That spark is a defining characteristic of Great Engineers. That creative intelligence is a necessary (but not sufficient) condition for engineering Greatness.

Engineering is one of the few professions that largely ignores the concept of Greatness. Certainly in professional sports we as a culture have a deep belief, despite our rhetoric about teamwork and the lack of “I”s, that the superstar is required for success. These celebrity figures are celebrated and compensated at levels orders of magnitude greater than their fully-professional peers. Their popular esteem is brutally results-based, with achievement eclipsing all other aspects of the person in the public’s evaluating eye.

In engineering, however, the Great Engineer often sits quietly amongst us, getting the same annual performance review and semi-merit raise, enjoying the same corporate benefits package, and turning in the same expense reports and progress updates. Of course, many companies have “Chief Scientist” or “Distinguished Engineer” titles that are applied to those who have been around long enough to survive a few decades of management politics and corporate regime change while advancing some long-tail technological endeavor. Frequently, though, these are not actual Great Engineers.

I’ve worked with and around incredibly talented engineers for thirty-five years. In that time I’ve known and collaborated with hundreds of talented, experienced, capable engineering professionals. I’ve worked at companies who were diligent in hiring top flight talent. I’ve worked side-by-side with PhD graduates of the very best engineering schools and with the most pedigreed backgrounds. But, I’ve known only a very small number of Great Engineers.

Great Engineers can be young or old. Yes, they always have that unpredictable spark of creative genius which, frustratingly, cannot be delivered on command. But more than genius is required to achieve actual Greatness. There are a number of attributes I’ve observed in those who can deliver sustained magic, and the rest of us can learn from and aspire to these traits.

Great Engineers are humble, often to a fault. Chances are, if an engineer puts a lot of effort into letting you know how “great” they are, they are not. The best have no time for bluster, and they know that their value will be self-evident. They earn respect rather than demanding it. This is particularly important in today’s intrinsically collaborative culture as even the greatest engineer must succeed in a team environment, and that means building a respectful relationship with their team. Ego has little room to operate in that environment.

Great Engineers listen. Few major breakthroughs happen truly in isolation. On a talented team, the enabling idea is often a riff on a concept introduced by others. The strong-headed technical lead wastes the talents of the remainder of the team (all forty-four of them, I guess) and creates a vacuum that holds back progress. Listening creates a kind of virtuous cycle of progress in a strong team. If the lead engineer makes a visible practice of listening, the others tend to follow the example and are motivated to step up their game.

Great Engineers make (and admit) mistakes. We have all heard the aphorism, “Perfect is the enemy of good.” Avoidance of mistakes in engineering can cause paralysis. There must be some annealing for true innovation to occur. The trope of the happy accident – the mistake that leads to the big breakthrough – exists for a reason. Mistakes are the fuel that feeds our desire for solutions. Comfort with making, admitting, and correcting mistakes is a core trait of Great Engineers.

Great Engineers transcend disciplines. In fact, Great Engineers often would often not be considered “experts.” In engineering, the singularity of long-term focus required to become expert in a particular discipline generally interferes with the transcendent breadth required for Greatness. The ability to see analogous problems and solutions in divergent disciplines is what allows Great Engineers to sometimes accomplish the impossible – seeing a path that all others miss. Expertise, by its nature, can form an echo chamber that attenuates creativity.

Great Engineers are effective communicators. While introversion is the engineering stereotype, those who achieve Greatness are fluent in connecting with others at a mutually-meaningful level. The best have empathy and adapt their style and language to the audience at hand, delivering ideas and information in a manner most likely to achieve mutual understanding, rather than in dialect-laden technical language intended to impress. The reclusive genius makes a good dramatic lynchpin, but seldom manifests as a Great Engineer in the real world.

Most of us will never become Great Engineers. All of us should aspire to. As we collectively design the machines destined to take over the world, we owe it to ourselves and our society to produce the best possible work. That can be achieved only with the best possible versions of ourselves.

One thought on “Be a Great Engineer”