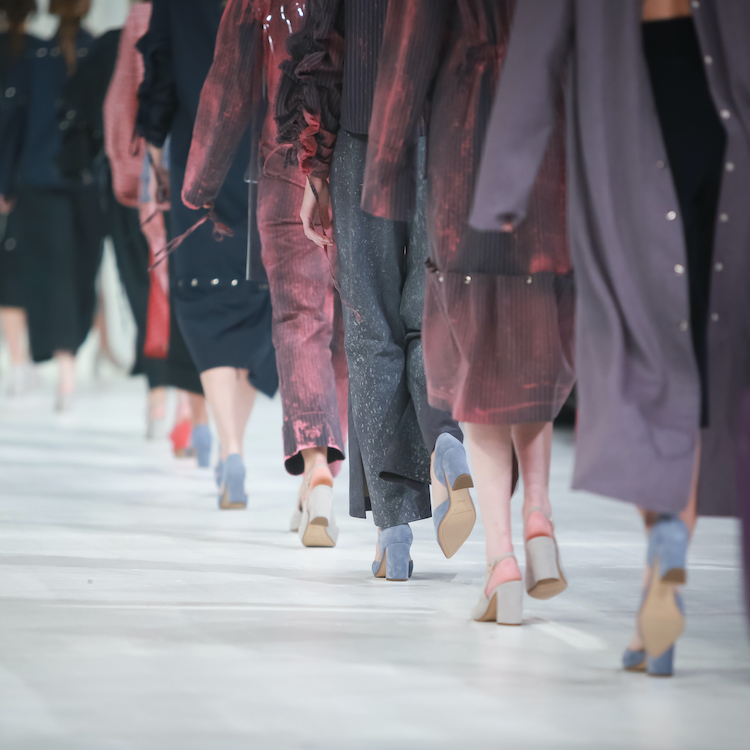 Silicon Valley is like Milan. One is the US center of high tech, the other is the fashion capital of Italy. The Valley has its product rollouts and Milan has its runway shows. Both are glamorous, slick, professionally produced events designed to generate excitement but tell you almost nothing about the actual product. They’re teases; entertainment for the press corps documenting the industry’s every move.

So it was that last week nearly a hundred of my colleagues and I assembled – virtually, of course – to witness the carefully choreographed runway reveal of the latest alta moda di microprocessore. Anyone hoping to catch a glimpse of something revealing will have been disappointed.

For those arriving fashionably late, the current revision of ARM’s ubiquitous microprocessor architecture is simply called version 8, or ARMv8. It follows, logically enough, on the seven major revisions before it, starting back in 1985. Roughly speaking, that means ARM updates its architectural specification about every 3–4 years. Except that ARMv8 was introduced in 2011. That’s a whole decade ago – a lifetime in microprocessor fashion.

Well, wait no more! The newest version of ARM will be called… wait for it… version 9! The specification is done and dusted, but actual chips based on ARMv9 won’t be available until late this year, at best. End-user products are likely more than a year behind that, so it’s probably not worth postponing your next smartphone purchase waiting for ARMv9 silicon.

ARM’s processor-reveal party was long on glitz but short on details, without so much as a block diagram. The three takeaways are that ARMv9 will have (a) better performance than ARMv8, (b) better security than ARMv8, and (c) better AI/ML/DSP capability than ARMv8. So, up and to the right, then. Apart from that, it’s all conjecture. The rest is left to your imagination.

A 30% uptick in performance would be a big deal, but Greenhalgh didn’t exactly say that ARMv9 would be that much faster. The “next two generations” presumably includes better fabrication on higher-performance process nodes, so there’s no telling how much of that speedup is due to ARM’s processor and how much to TSMC’s silicon. He did suggest that memory latency, bandwidth, cache size, and frequency will all play a part. More gauzy teasing.

The security improvements will come though “realms,” ARM’s term for hardware-enforced sandboxes or containers. Realms exist independent of operating systems or hypervisors, and a single processor can have multiple realms, thus allowing it to run multiple independent operating systems. End-user apps can run in their own realm, separating them from other apps. No word on how realms are implemented, though it seems likely it’s an extension to the existing TrustZone technology.

ARMv9 will also implement memory tagging, a technique it developed in collaboration with a team at Google led by David Kleidermacher, formerly the CTO at Green Hills Software. Tagging is one way to help prevent buffer overflows, a persistent problem with most programming languages and a constant source of software vulnerabilities and crashes.

The new updates will appear first in Cortex-A chips for mobile devices, according to CEO Simon Segars, followed by Neoverse datacenter chips. Eventually, ARMv9 enhancements will filter down into the Cortex-R and Cortex-M families, “but we’re not announcing a schedule for R and M profiles.”

ARMv9 will be a 64-bit implementation, though it will still tolerate 32-bit application binaries. Operating systems and other low-level software must be entirely 64-bit code, however, so some OSen may have to be rewritten or recompiled. Supporting the new security realms will force a rewrite anyway, so converting to 64-bit code seems easy at that point. TrustZone experience will likely prove helpful.

The company’s new tagline is “Sparking the World’s Potential,” and CEO Segars described ARM as having “the world’s largest technology ecosystem,” which might well be true. He and many of his lieutenants repeated the claim that “soon, every piece of digital data will flow through an ARM-based device somewhere.” I’m sure they didn’t mean it to sound creepy.

Releasing a new microprocessor design used to be an engineering exercise, nothing more. A few beers in the lab and right back to work. Now it’s a global media event with videos, voiceovers, and virtual panel discussions. The engineers were in evidence, but not the engineering. Maybe in a year or so we’ll be able to evaluate what they’ve done.