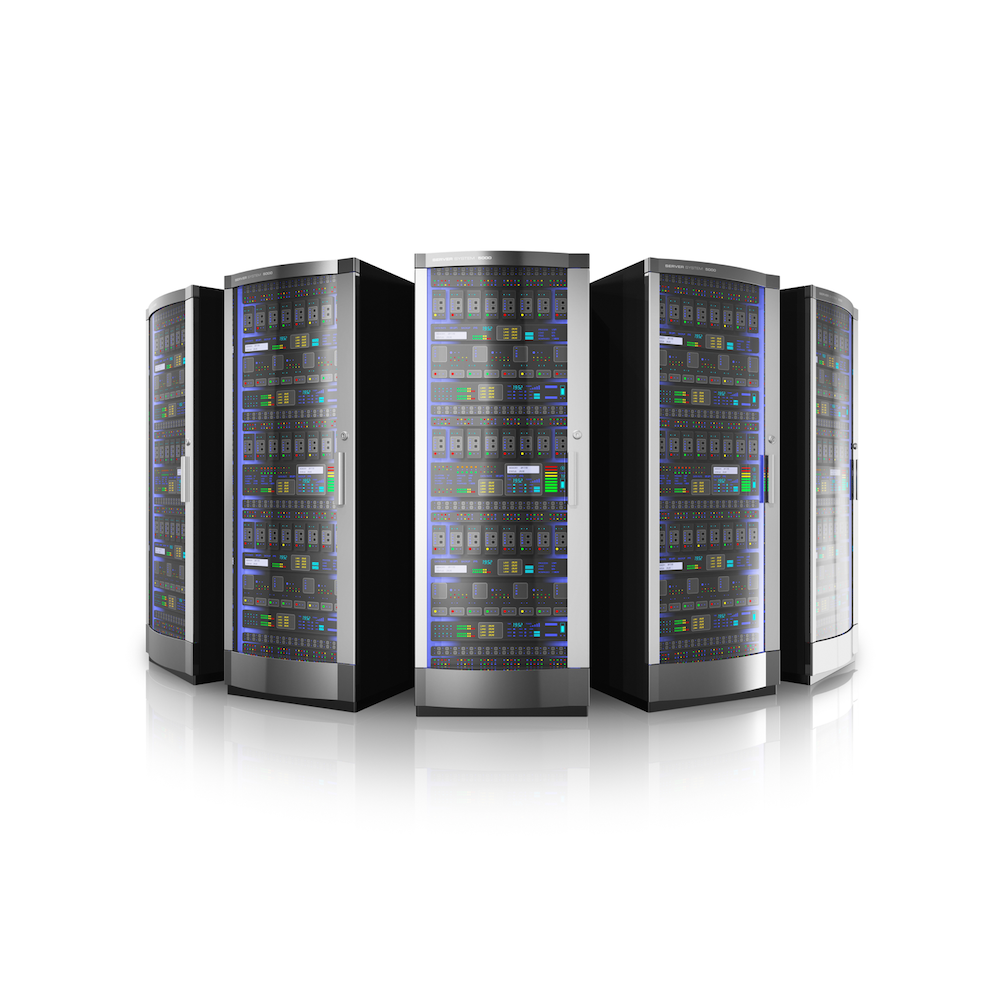 “I’m like a racehorse attached to a freight wagon.” – Jamie Hyneman

The Intel-versus-AMD battle is like watching a good horse race. One takes the lead, then the other noses ahead. One’s the odds-on favorite while the other is the longshot. Both competitors have ardent fans screaming from the sidelines, with big-money bets placed on the eventual winner.

And then, suddenly, the leader stumbles.

Intel has enjoyed such a long winning streak that it’s a surprise when it’s not several lengths ahead, leaving its rival in the dust. But gutsy little AMD gets its nose in just often enough to keep things interesting. And, once in a great while, the underdog actually wins a few. Like now.

AMD’s high-end processors have been nipping at Intel’s heels for a few years now, and this week the company took the lead with a brace and a half of new server processors in the brand’s Epyc line. The new 7Fx2 chips appear to be the fastest x86 server chips money can buy – sort of.

Significantly, the Xeon Gold 6258R has a little over 38MB of L3 cache, versus Epyc’s whopping 192MB. Clearly, AMD felt that bigger caches were the key to benchmarking success.

AMD’s clock rates are also higher than Intel’s: 3.2 GHz (3.7 GHz in “boost mode”), compared to 2.7/4.0 GHz for the Xeon. The difference in frequency alone could account for the better benchmark performance. Neither vendor’s chip can remain in boost/turbo mode long enough to sustain a performance lead throughout the entire SPECrate benchmark, so base clock rates are more relevant here.

In another surprising reversal, AMD’s chip consumes more power than Intel’s. The two are rated at 240W and 205W TDP, respectively, even though the 7F72 uses 7nm silicon versus Intel’s 14nm process. Will wonders never cease?

The 16-core 7F52 would normally be the obvious hammock between the 24-core and 8-core tentpoles, but that’s now how it plays out. AMD endowed the 7F52 with an even larger cache than the 7F72: a ludicrous 256MB. (That’s in addition to its L1 and L2 caches.) The 7F52 also has substantially faster clock rates (3.5/3.9 GHz), the same 240W TDP, and a 25% bigger price tag, at $3100. It’s not often that the “midrange” product is more expensive than its big brother, but such are the vagaries of the server market. AMD believes that “16 cores is a sweet spot for EDA workloads,” which are also sensitive to larger caches.

So why even have a 24-core version if the 16-core device is faster and priced accordingly? The company won’t say as much, but it looks like simple specsmanship. Intel has 24- and 28-core processors, so AMD has to (nearly) match them core for core or risk looking like a laggard. “We believe [the 7F72] is priced more efficiently than the 16-core part,” says AMD. Oooo-kay.

In horse racing, you don’t always get the biggest payoff by picking the winner. Sometimes, you come out ahead by picking the second-place finisher with longer odds. If your goals are financial rather than sporting, your definition of “winner” changes. And so it is with server CPUs. Do you want the fastest chip around, or the best bang for your buck?

AMD’s performance claims for its three new chips certainly make them look faster than anything Intel has got. At least, for two-socket systems running SPEC benchmarks. YMMV. There are faster SPECrate machines out there – sometimes a lot faster – but they’re all four-, eight-, and even 32-processor behemoths. Or, they’re not running x86 processors at all.

AMD likes to emphasize the cost/performance ratio of its new chips, pointing out that the three new Epyc devices offer better SPECrate per dollar than the competition. Depending on the specific devices you choose to compare, the prevailing price for those chips, and the phase of the moon, the difference can be anywhere from negligible to substantial. If what you want is the fastest server for the lowest price, AMD looks like a winner.

As one example, AMD compares its Epyc 7F72 against Intel’s Xeon Platinum 8268, a fairly comparable 24-core processor running at 2.9 GHz (3.9 GHz in turbo mode). In HP’s ProLiant server, a pair of the Intel chips deliver 316 SPECrate_int_base, a good bit slower than AMD’s (estimated) 383. Intel’s list price for the 8268 is $6302 – more than double AMD’s sticker price. (Both are for nominal 1,000-unit orders.) If you do the arithmetic, that works out to 3× better price/performance for AMD over Intel. That’s a pretty compelling argument.

On the other hand, comparing Epyc 7F52’s stats against Intel’s Xeon Gold 6242 isn’t quite so flattering. SPECrate scores are 286 vs. 222, while prices are $3100 and $2529. That works out to a scant 4% difference in AMD’s favor. That’s not enough to bother picking up the phone, much less redesigning a motherboard and changing vendors.

Comparing apples to apples, AMD’s pricing matrix shows the diminishing returns typical of this market. That is, the fastest Epyc 7F72 is faster than the midrange 7F52 (duh), which is faster than the entry-level 7F32, but it’s also more expensive, and not in proportion to its speed. You get less performance per dollar at the high end than you do at the low end; it’s not a linear scale. This is normal Marketing 101 for server chips. Intel does the same thing. As the saying goes, speed costs money. How fast do you want to go?

AMD has no shortage of big-name customers lined up for its new Epyc chips. IBM Cloud, HPE (Hewlett Packard Enterprise), Supermicro, Dell, and unnamed others are ready to deliver hardware based around these new processors. The server world is definitely still x86-based, but it’s not solely Intel-based.

Every so often AMD manages to eke out a lead over its bigger and better-funded rival. The advantage usually doesn’t last long, but it must be encouraging for the staff, for investors, and for server customers aching for an alternative to Intel. This is one of those rare cases where AMD’s new products outstretch Intel’s current offerings. Even more surprising, AMD’s (outsourced) manufacturing outshines Intel’s legendary in-house fabs, which have famously been lagging of late. Whatever the reasons, a lot of high-end server customers will be glad that it’s again a two-horse race.