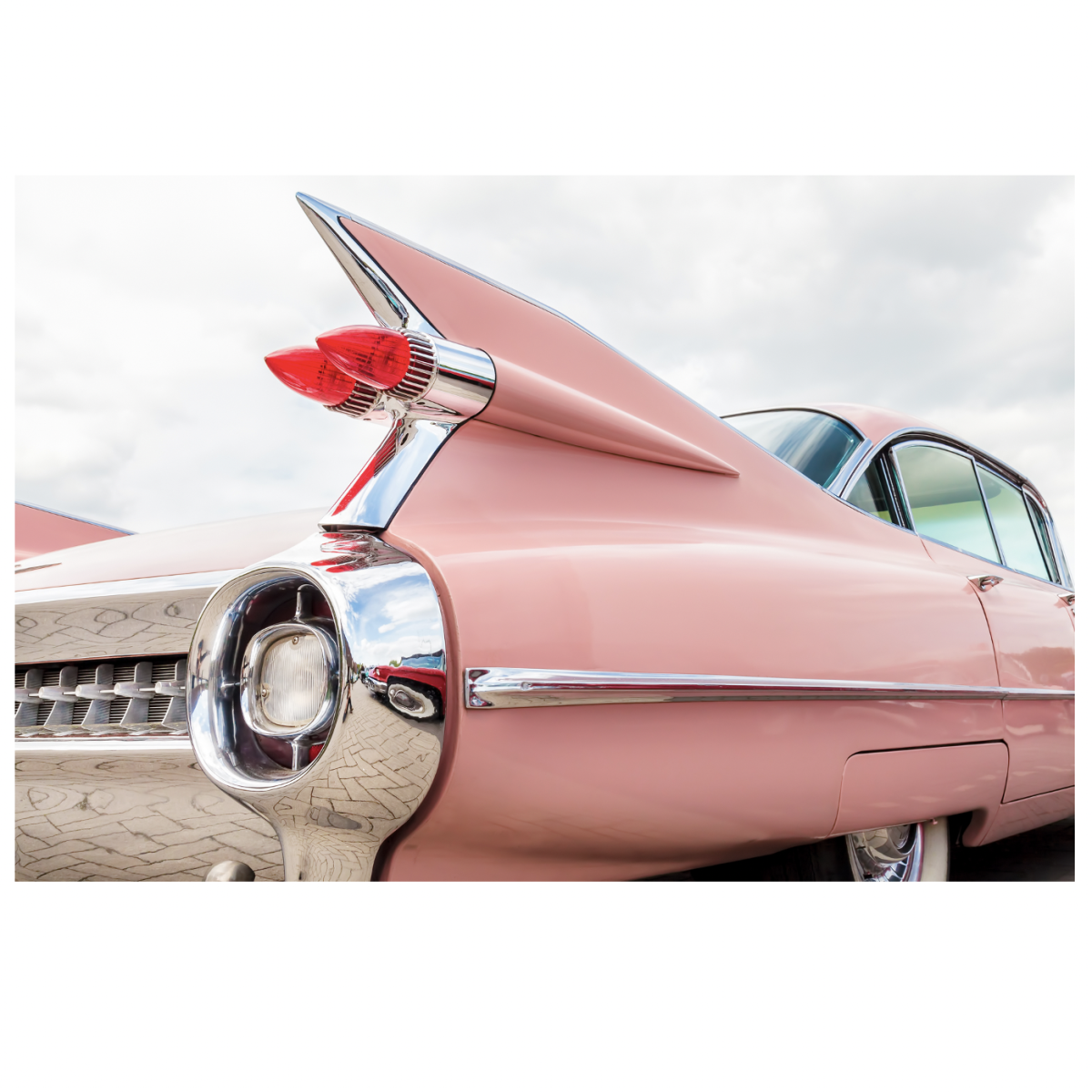 A History of Early Microcontrollers, Part 5: The Motorola 6801

Motorola’s Semiconductors Components Group – Motorola Semiconductor – was late to the microprocessor party in more ways than one. The company never developed a successful PMOS process technology, so it was sending custom LSI chip designs like calculator chips for customers out to other semiconductor makers such as Mostek and AMS (Advanced Memory Systems). Despite being a leader in bipolar IC manufacturing, with robust RTL, DTL, TTL, and ECL logic-chip families, the company lacked a PMOS LSI process technology, so Motorola couldn’t tackle the design and manufacture of large chips like microprocessors until circumstances forced the issue. When it did develop a microprocessor, the 8-bit Motorola 6800, the well-thought-out architecture succeeded as a microprocessor and then went on to decades of additional success as the foundational architecture for multiple microcontroller families.

C. Lester (Les) Hogan left Motorola Semiconductor in 1968 to become Fairchild Semiconductor’s president. Seven top executives (every top executive except one) at Motorola Semiconductor resigned to follow Hogan, who quickly found new positions for them at Fairchild. Initially, Hogan had not been interested in running Fairchild so he turned down the position when it was first offered. Motorola’s semiconductor business was already bigger than Fairchild’s. In addition, Fairchild was bleeding talent to other semiconductor companies and startups in Silicon Valley. It was an ugly situation, and Hogan knew it. So Fairchild sent its founder Robert Noyce to Phoenix, Arizona to recruit Hogan. He was a great salesman, Hogan recalls.

Hogan accepted and negotiated a massive (at the time) compensation package for himself. He and his seven executives left Motorola and went to Silicon Valley to try to stop the bleeding at Fairchild. Ironically, Noyce left Fairchild Semiconductor to found Intel with Gordon Moore very shortly after Hogan joined. Noyce was reportedly and understandably upset that he’d not been offered the top position at Fairchild Semiconductor, the company he’d co-founded in 1957, and he’d already let Hogan know that he was leaving before Hogan accepted the new position. Hogan and his team succeeded in righting the good ship Fairchild Semiconductor, but the departure of nearly all its top executives left Motorola’s semiconductor group somewhat adrift, with its strategic plans in disarray.

This 1968 managerial decapitation undoubtedly retarded key development projects at Motorola semiconductor, like the development of a working PMOS process technology. The lack of such a process meant that there could be no ambitious LSI projects on the books, except for the few custom LSI projects brought in by the salespeople and the marketing department.

Three years later, in 1971, Tom Bennett joined Motorola Semiconductor to help put the company into the calculator chip business. It was the hottest LSI chip business at the time. It was the business that spurred Texas Instruments to develop the TMS1802NC programmable calculator chip, the first chip that could be called a single-chip microcontroller. He had quite a background in computer design and had seen the early design ideas for the Intel 4004 microprocessor in 1969. By the time Bennett joined Motorola, the company had developed a scrappy, bottoms-up approach to project development that was good enough to permit the development of an NMOS LSI process technology and Motorola’s first microprocessor, the 6800.

Jeff LaVell joined Motorola in 1966 after working at Collins Radio on the company’s C8500 computer, where he learned about the development of computer architectures. Collins’s C8500 had been prototyped with Motorola’s ECL logic chips, and the production version used Sylvania’s SUHL TTL chips, for which Motorola was a second source. As a result, LaVell was very familiar with Motorola when he and his wife decided to move to Phoenix. He joined Motorola as an applications engineer for the company’s computer industry marketing organization.

Part of LaVell’s job involved working with major computer companies such as CDC (Control Data Corporation), DEC (Digital Equipment Corporation), and Cray and to see where a semiconductor company like Motorola could help. One large opportunity presented itself: computer peripheral equipment. This equipment needed highly integrated functions to minimize cost, chip count, design time, and power consumption. This market was ideal for a microprocessor with a complete family of support chips.

Bill Lattin got a Masters degree from the University of California at Berkeley in 1969, where he audited a class in semiconductor physics taught by Intel’s Andy Grove. He’d already planned to move to Phoenix to finish his PhD at Arizona State University and had taken a position at Motorola Semiconductor and ended up in the company’s MOS process development group after rotating through a few other departments. He became the group’s Design Manager, where he took charge of the company’s CAD tools and the development of new MOS chip designs. He also took on Motorola’s problems with existing MOS process technology and the development of new MOS processes.

Together, Bennett, LaVell, and Lattin defined a microprocessor and a family of support devices to be manufactured using a yet-to-be-developed NMOS process technology. Among the 15 or so chips that they defined are:

A Motorola team went to a long list of companies including a couple of HP divisions, two TRW divisions, NCR (National Cash Register), and CDC to sell the idea of the new Motorola microprocessor chip set. They started getting traction. A potential order from CDC for 200,000 parts put the project onto the books. Logic design started in 1972. Layout for the first five chips (microprocessor, RAM, ROM, PIA, and ACIA) occurred through 1973. The first parts, which mostly worked but had a few bugs, arrived in February 1974. Customers had the chips working in their systems by June 1974.

In the Motorola 6800 oral history panel transcript from the Computer History Museum, one of Bennett’s early customer visits to see the first working systems really caught my eye:

“And in June, I went to HP in Loveland, I think, and saw a system on a Friday afternoon. And this thing was just amazing what they had shrunk that thing to – because they [showed] their before and the after.  And they were getting ready that night to go up to a park up there, because there was a Coors truck sitting there loaded with beer for them. And then we got on the airplane to come back, and they went on. But they had it going that quick.”

Exactly one year later, I would join the lab of that HP division, the Loveland Calculator Products Division. The prototype system that Bennett describes in the oral history is clearly the prototype of project CJ, which would become the HP 9815A programmable desktop calculator and instrument controller, introduced in 1975.

The HP 9815A programmable desktop calculator and controller was one of the earliest products to be based on Motorola’s MC6800 microprocessor. Image credit: Fred Wenninger and HP9825.com

The MC6800 microprocessor chip set quickly became a success. It was not a microcontroller, but the multi-chip set taken together delivered the functions of a microcontroller. All that was needed was to integrate the five initial devices in the chipset onto one piece of silicon. Motorola announced that microcontroller, the MC6801, in 1977. The MC6801 has a slightly upgraded 6800 CPU, which included a multiply instruction, at the request of the lead customer, General Motors (GM). GM initially used the MC6801 microcontroller for the TripMaster digital trip meter in the 1978 Cadillac Seville. It was a very expensive, $920 factory option. 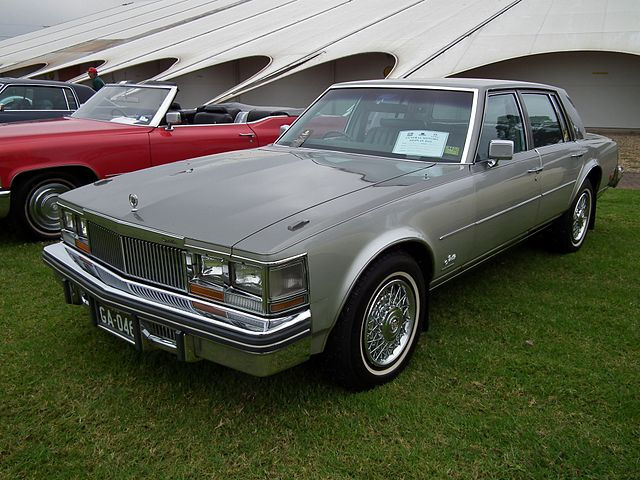 General Motors offered a TripMaster trip computer based on the Motorola 6801 microcontroller as a $920 factory option on its 1978 Cadillac Seville. Image credit: sv1ambo, Wikimedia Commons

The TripMaster allowed Motorola to get its nose under GM’s tent, and GM developed a microcontroller-based, closed-loop control system for a carburetor, to help its cars meet new government standards for gas mileage and tailpipe emissions. By the second half of 1980, GM was building 25,000 Motorola microcontrollers into its cars every day, which helped Motorola Semiconductor survive the recession of 1980/1981.

“The Man Behind the Microchip: Robert Noyce and the Invention of Silicon Valley,” Leslie Berlin, Oxford University Press, 2005.

Oral History Panel on the Development and Promotion of the Motorola 6800 Microprocessor, Computer History Museum, March 28, 2008