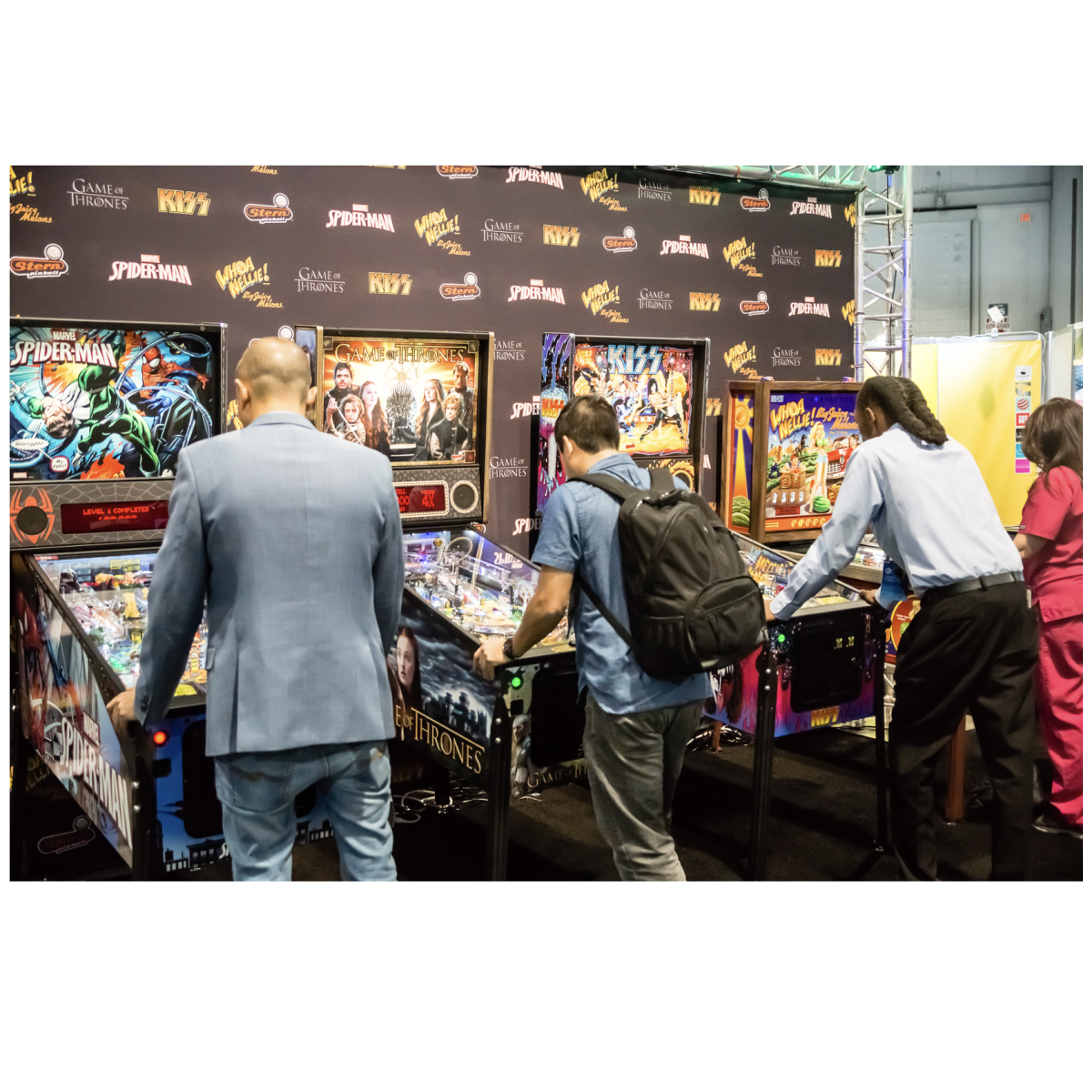 A History of Early Microcontrollers, Part 3: The Rockwell Microelectronics PPS-4/1

Now that we’re well into the 21st century, most people rarely think of Rockwell Microelectronics in connection with microprocessors and microcontrollers. The parent company, North American Rockwell (renamed Rockwell International in 1973), was a major military/aerospace contractor. Rockwell built the Apollo spacecraft, the B1 Lancer bomber, and the US Space Shuttle. Rockwell’s Rocketdyne engines were used for most of the space booster rockets and ICBMs in the US for a long time. Rockwell introduced the world’s third commercially successful microprocessor, the 4-bit PPS-4, in 1972. By 1976, Rockwell had announced a single-chip microcontroller based on the PPS-4 architecture. It was called the PPS-4/1.

As was the fashion for many large conglomerates back in the 1960s, Rockwell started its own semiconductor manufacturing operation within its Autonetics Division in 1967. Autonetics developed various military/aerospace avionics systems including inertial navigation and guidance systems for US submarines and ICBMs, which created the need for advanced semiconductors. North American Rockwell Microelectronics Corp (NRMEC) developed an early MOS/LSI process technology for its military and aerospace projects.

When Sharp in Japan went shopping for a semiconductor vendor to make a calculator chip set that it had designed, NRMEC’s MOS/LSI capabilities aligned with Sharp’s needs. The result of that collaboration was a four-chip set, which Sharp incorporated into its QT-8D calculator. Sharp announced this calculator in August 1968. In fact, one could argue that the Rockwell chip set in the Sharp QT-8D calculator kicked off the MOS/LSI era. By 1970, Rockwell had started publishing a MOS/LSI chip catalog.

As Texas Instruments had discovered with the TMS1000 microcontroller, it’s a short hop from an electronic calculator’s architecture to a 4-bit microprocessor or, in TI’s case, a microcontroller. Rockwell announced the 4-bit PPS-4 microprocessor family in August 1972. It was the world’s third commercially successful microprocessor, and its introduction followed Intel’s announcements of the 4-bit 4004 and 8-bit 8008 microprocessors. Rockwell’s “PPS” designation meant “Parallel Processing System.”

Two things distinguished Rockwell’s PPS-4 microprocessor from its competitors. The first was Rockwell’s unique QUIP (Quad Inline Package) device packaging. Rockwell’s QUIP chips are easily identified by their staggered leads. The chips are often called “spiders” because of the way they look. The QUIP lead configuration made it easier to design printed circuit boards for these devices back in the days when minimum circuit board traces and spaces were on the order of 10 mils or so.

The second distinguishing feature was the large family of companion chips that Rockwell developed for the PPS-4 microprocessor. By 1975, the chipset family included the CPU, the clock generator/driver needed for Rockwell’s unique four-phase clock, a 256×4-bit RAM, 1- and 2-Kbyte ROMs, RAM/ROM combo chips, a keyboard and display controller, a printer controller, a general-purpose I/O chip, and a 1200-bps analog modem. (The 1200-bps analog modem started a long line of modem chips that led to NRMEC becoming Conexant Systems, which was eventually acquired by Synaptics.)

The large number of chips in Rockwell’s PPS-4 microprocessor family resulted in the processor’s selection for and use in a wide range of end products including cash registers, fax machines, home appliances, pinball machines, toys, and calculators. However, the market for a multi-chip, 4-bit microprocessor family was short-lived. Semiconductor technology was advancing quickly, and device densities were increasing at a furious pace. Rockwell incorporated the clock generator into the microprocessor and merged RAM, ROM, and I/O peripherals into a 2-chip set called the PPS-4/2 in October 1975, but the 2-chip set was also short-lived thanks to further advancements in semiconductor process technology. By early 1976, Rockwell had announced the PPS-4/1, a true single-chip microcontroller based on the original PPS-4 microprocessor architecture. 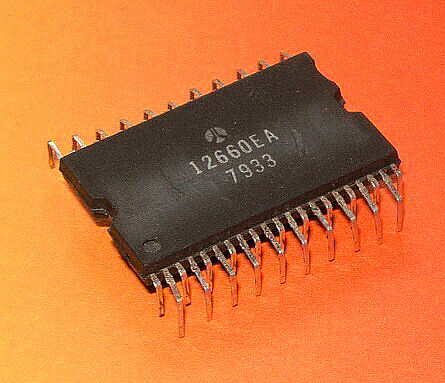 There’s very little history on the Internet that describes the many Rockwell PPS-4 applications, except for information about calculators based on the PPS4 and one rather unusual application: Gottlieb pinball machines. Gottlieb contracted with Rockwell to develop the System 1 pinball controller board, which was based on the PPS-4/2 microprocessor. Gottlieb used the System 1 board in pinball machines released from 1977 to 1980. The first pinball machine to use the System 1 board was called Cleopatra. Other microprocessor-based pinball games followed such as Sinbad, Dragon, Charlie’s Angels, Incredible Hulk, Buck Rogers, and Totem. There were 16 pinball games in this series. 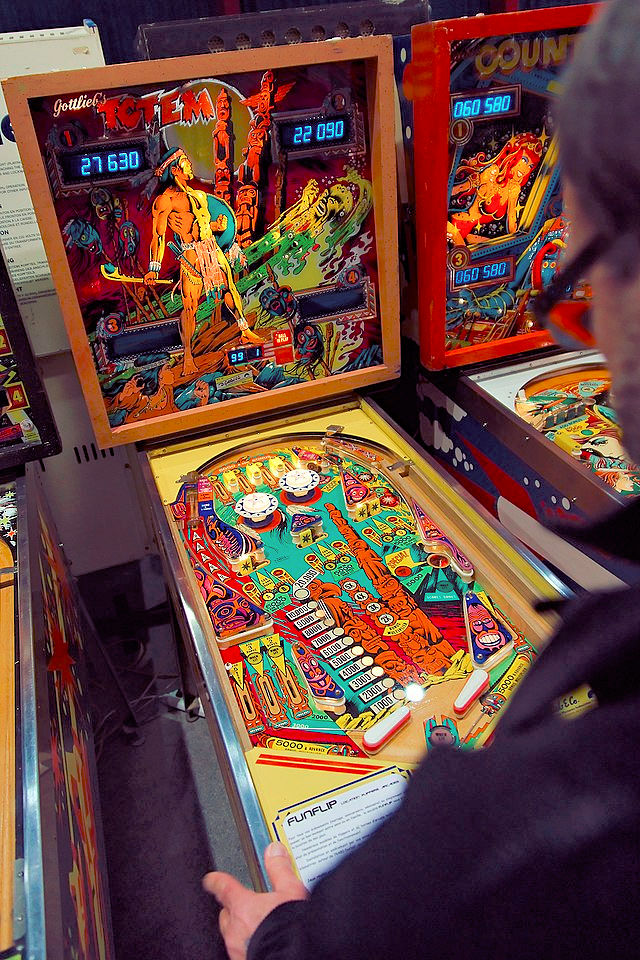 This is the sort of history that can easily be lost to time, but the PPS-4’s history as a pinball controller was not lost for two reasons. First, collectors prize Gottlieb pinball machines based on the System 1 board. Second, the metal-gate, MOS/LSI PPS-4 ROMs/peripheral chips on these boards are failing now that they’re approaching half a century in age. Ordinarily, pinball collectors would be stuck with dead machines after these parts fail, because these parts haven’t been made for decades and the semiconductor vendor, NRMEC, is long gone. 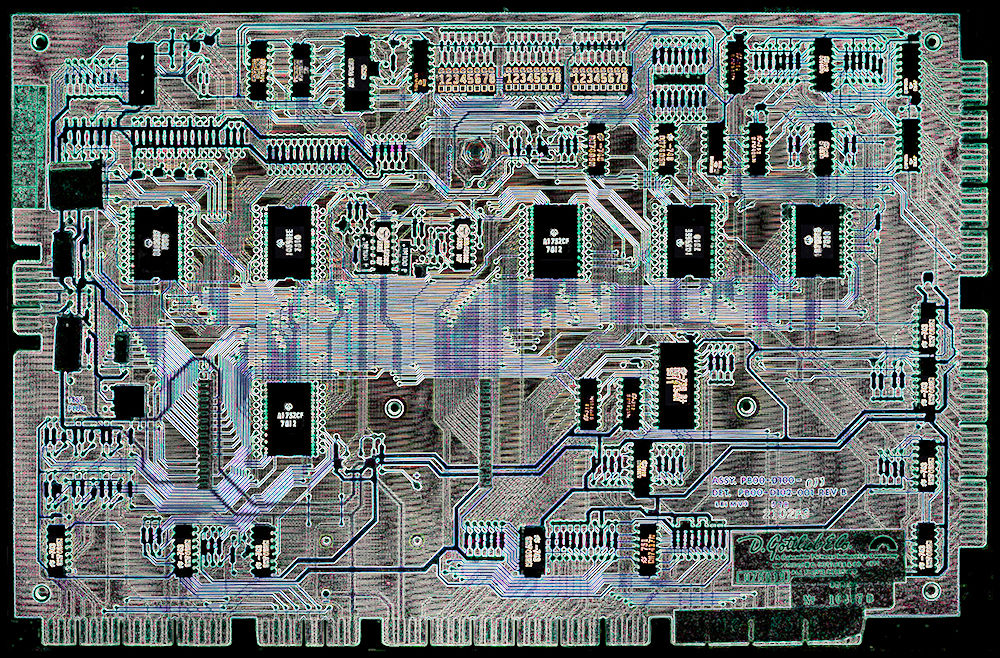 Gottlieb contracted with Rockwell to design the System 1 pinball controller board based on the PPS4/2 microprocessor chip set. Image credit: Stephen Emery, ChipScapes.com

AA55 Consulting in France has developed one solution for this problem. The company created an FPGA-based recreation of the Rockwell PPS-4 peripheral chips. It appears that the target for AA55 Consulting’s FPGA code is made by AMD/Xilinx because the project files are formatted for Xilinx’s ISE development software. AA55 Consulting has not yet reverse engineered the PPS-4/2 processor, but has plans to do so in the future. Perhaps next year.

Because the Rockwell components are now almost pure unobtanium, a company in Honeoye Falls, New York called NI-Wumpf developed boards that functionally replace the original Gottlieb System 1 boards and do not use any Rockwell semiconductors. The original NI-Wumpf board appears to have been based on a Zilog Z80 microprocessor. The latest version uses an STMicroelectronics STM32F103 microcontroller, which incorporates a 72-MHz Arm Cortex-M3 processor. For comparison, the PPS-4/2 microprocessor’s operating frequency was 199 kilohertz. A company in France named Flippp! has taken a similar approach by developing board-level replacements for the System 1 board called the PI-1 and PI-1×4, designed and programmed by Pascal Janin. That board also appears to be based on a more modern microcontroller.

It’s amusing to read through some of the comments of people who own Gottlieb pinball machines based on the System 1 board. Most consider Rockwell to have been strictly a defense contractor. A website called Pinsite.com devotes a forum to Gottlieb and there’s a thread titled “Why was Gottlieb’s System 1 Such a Stinker?” Here are some quotes from this thread:

It should not be surprising that people who collect pinball machines for a hobby today would not know that Rockwell was a merchant chip vendor back in the 1970s, or that the PPS-4 has rich history, or why 4-bit microprocessors and microcontrollers were developed at all, or why Rockwell developed the “spider” QUIP, or that systems that have been poorly maintained for half a century tend to fail. However, some of these collectors are well informed. For example:

“Electronically – The System 1s were using technology from mid-70s. All the electronic components were off-the-shelf type components, no custom components. The fact that Rockwell used their own components – who could blame them. I only have two faults with them – bad grounding techniques and *edge* connectors.

“As far as their CPUs not becoming popular – they were very popular in point-of-sale terminals for quite a while. But, when MOS Tech[nology] came out with the affordable 6502 series processors, that killed off their old 4-bit processors.”

Rockwell Microelectronics and the PPS-4 product line have also faded from the collective memory of people who are actively involved in the electronics industry, and PPS-4 history is very hard to find on the Web. You almost need to resort to old books. Fortunately, I have some of those books handy on the shelf in my study.

For example, the 1981 edition of the Osborne 4 & 8-Bit Microprocessor Handbook lists ten members of the Rockwell PPS-4/1 microcontroller family. Family members had 640 to 2048 bytes of ROM and 48 to 128 4-bit nibbles of RAM. All but one of the family members had three integrated serial I/O ports, which were really nothing more than serial 4-bit shift registers. One family member, the MM76C, had a high-speed up/down timer/counter subsystem that could operate as one 16-bit counter or two 8-bit counters. The counter could also handle quadrature-encoded inputs, used by optical encoders. The timer/counter subsystem opened a world of additional industrial applications for the Rockwell PPS-4/1 microcontroller including motor control, frequency counting, analog-to-digital conversion, and frequency synthesis.

2 thoughts on “A History of Early Microcontrollers, Part 3: The Rockwell Microelectronics PPS-4/1”