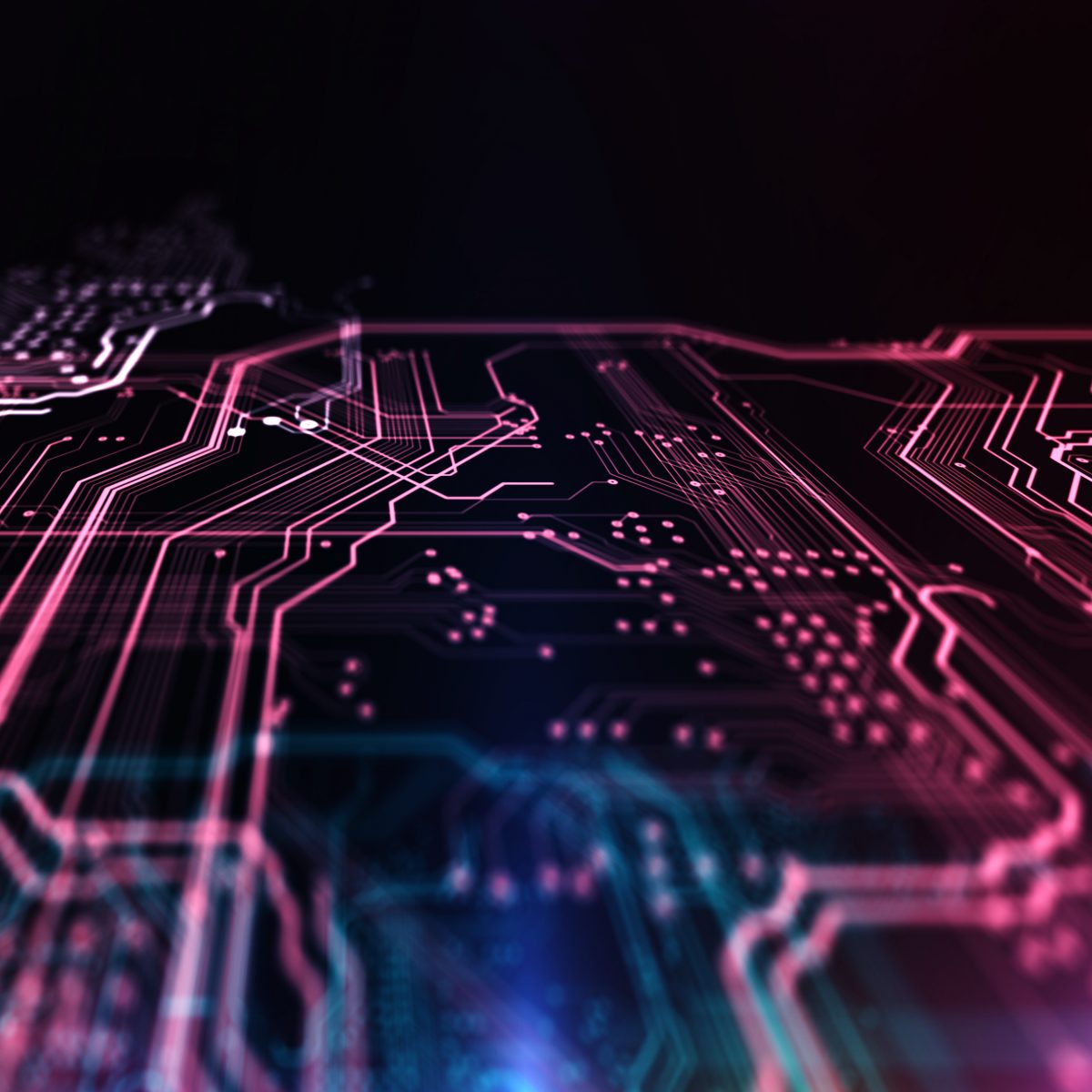 There’s no question that the IC side of the EDA world gets most of the attention. After all, quad-patterning, EUV-having, boundary-pushing, 5-nm lithography issues are certainly bright shiny objects to grab the attention of tech-nerds. But the vast majority of us are doing more pedestrian stuff – designing board-based systems for a wide variety of applications across a huge number of end markets. What about our tools? Not glamorous enough for ya?

There is, of course, a thriving-but-steady industry-within-an-industry producing tools specifically for designing board-based systems. The biggest suppliers of these tools are two of the large EDA companies – Mentor and Cadence. But there are also several smaller suppliers specializing only in printed-circuit-board (PCB)-level tools.

These days, the suppliers of PCB tools have been “leveling up” both in their marketing and (to a lesser degree) in their tool design. They have realized that their customers aren’t designing just “boards” anymore. Boards are an integration point where their electronic systems come together, but those systems generally involve multiple boards, connectors, enclosures, software, power suppliers and other important elements – all of which are interrelated. As a result, you’ll see more and more tools that were traditionally “PCB” tools being marketed and sold as “System Design” tools. So, we have the same tools, different spin, a few new higher-level features, and more integration of point tools into a coherent flow.

We break these offerings down into three major categories – Enterprise, Desktop, and Hobby/Maker. These categories are pretty self-explanatory from their names. Enterprise solutions are designed for large engineering teams, often geographically dispersed, who share project data, centralized component libraries, standardized design policies, and so forth. For these design teams, it is critical that their tool suite support them at the Enterprise level, and they’re willing to pay for it. EDA companies are happy to oblige, of course, and their enterprise-class tool suites are priced accordingly.

The two primary suppliers of enterprise-grade tools are Mentor and Cadence. Mentor’s “Xpedition” and Cadence’s flagship “Allegro” lines are aimed at satisfying the needs of their largest customers. Zuken’s CR-8000 series competes in this market as well, but it has historically been strong only in Japan. In the past few years, Zuken has been making an effort at expanding more globally, particularly in the US, but they have not yet caused much pain for the two dominant players. Altium has historically played the role of “spoiler” in this arena – adding just enough enterprise-level features to create confusion around the difference between their tools and those of the larger suppliers. Even though Altium has historically been a Desktop supplier (which we’ll discuss next), they’ve put enough check-in-the-box enterprise-grade features into their tools to make buyers pause as they try to figure out the actual difference in capabilities offered by the MUCH higher price-per-seat of Mentor/Cadence/Zuken solutions.

Moving down to the “Desktop” level, things get more interesting. Since desktop has always been Altium’s primary market (going all the way back to when Altium was known as “Protel”), they are a strong player here. Their efforts to create FUD (fear, uncertainty, and doubt) in the Enterprise market have resulted in their Altium Designer suite packing in some nice enterprise-like capabilities not normally associated with Desktop PCB tools. Mentor and Cadence each offer a separate Desktop suite, priced and equipped for the design team who doesn’t need the extensive Enterprise features. Zuken’s Desktop entry, CADSTAR, seems to be less active in the market, but it does give Zuken the same kind of Desktop marketing device used by Mentor and Cadence.

Mentor’s PADS solutions and Cadence’s OrCAD solutions address the Desktop market, and they have always presented a marketing challenge for the two companies. On one hand, they want to keep their Desktop solutions robust enough to compete head-to-head with Altium, but they also have to be careful to avoid making their desktop solutions so good that they cannibalize their much-more-expensive Enterprise suites. This frees up Altium to go full-tilt in adding fancy features to Altium Designer, while Cadence and Mentor can’t respond as well by adding Enterprise-only features to their Desktop tools. On the other hand, Mentor and Cadence can play pricing games with Desktop that hit Altium hard, without compromising their bread-and-butter Enterprise businesses.

In the past couple of years, both Mentor and Cadence have re-thought their Desktop offerings, in an effort to gain advantage in this deadlock. Both have created a smoother transition between their Desktop and Enterprise tools, allowing Desktop customers to selectively add higher-level capabilities to their systems without completely jumping to the Enterprise level. This has several advantages. First, it blurs the line so they don’t have to pack high-end features into a low-end tool (thus potentially cannibalizing their high-end offerings). Second, it acknowledges the fact that many companies designing cutting-edge PCBs are smaller (and not in need of Enterprise features) but still require sophisticated capabilities like signal- and power-integrity analysis, DFM, and advanced placement and routing. Third, it creates economy in their in-house engineering process as they can share code between their Enterprise and Desktop product lines.

Competitively, this works well for the big two – Mentor and Cadence. Since Desktop is not the major source of revenue for either, they have the ability to cause severe pain for Altium with pricing any time they want. This keeps Altium busy trying to push their way into the Enterprise market in an effort to level the playing field. However, Mentor and Cadence have sales channels that are absolutely dominant at the Enterprise level, so penetrating into those “big 25” enterprise accounts is an uphill battle for Altium.

Moving down to the Hobby/Maker level, we run into a bevy of free and almost-free tools designed to enable the low- and no-budget designer to create a board. For years, Eagle was the go-to solution for the empty-pockets set, with a free version that met the needs of most hobbyists and makers well. There is also a huge and almost indistinguishable list of other “free-ish” tools such as Kicad, DesignSpark PCB, PCBWeb Designer, ExpressPCB, ZenitPCB, Osmond PCB, EasyEDA, and TinyCAD. Last year, Eagle was acquired by AutoDesk, which “clouded” its future somewhat (see, that was a joke). But the most recent and perhaps strongest entry into the Hobby/Maker space is Altium – with their CircuitMaker cloud-based, community-driven tool.

Altium seems to be using CircuitMaker to attract a new crop of student, hobby, and (most important) pre-entrepreneurial engineers to the Altium family. With the advent of the Kickstarter generation, many makers and hobbyists are trying to enter the commercial arena, and they don’t typically have the budget for even modestly priced Desktop tools. Altium seems to figure they can start them out easy with a free offering, and then upgrade them to more lucrative Altium Designer as their requirements and businesses grow. It also gives Altium a marketing boost – building a huge presence for them that intentionally blurs the line between Hobby/Maker and Desktop users, allowing Altium to “porcupine” a bit and seem larger and more successful – and therefore more credible – when they’re selling against Mentor and Cadence in the Desktop space.

No other area of EDA has such a large gamut of users – from students and hobbyists working in their parents’ basements to large global systems companies with tens of thousands of professional engineers collaborating around the globe. And no other area of EDA matches the PCB/System space for the size and diversity of users and the corresponding need for customer and technical support. While Moore’s Law has been much more gentle on these PCB tool suppliers than on their IC design colleagues, there is no question that the demands on PCB and system tools have grown considerably over the past decade, particularly in light of the new requirements for IoT designs. It will be interesting to watch how this market evolves in the coming years.