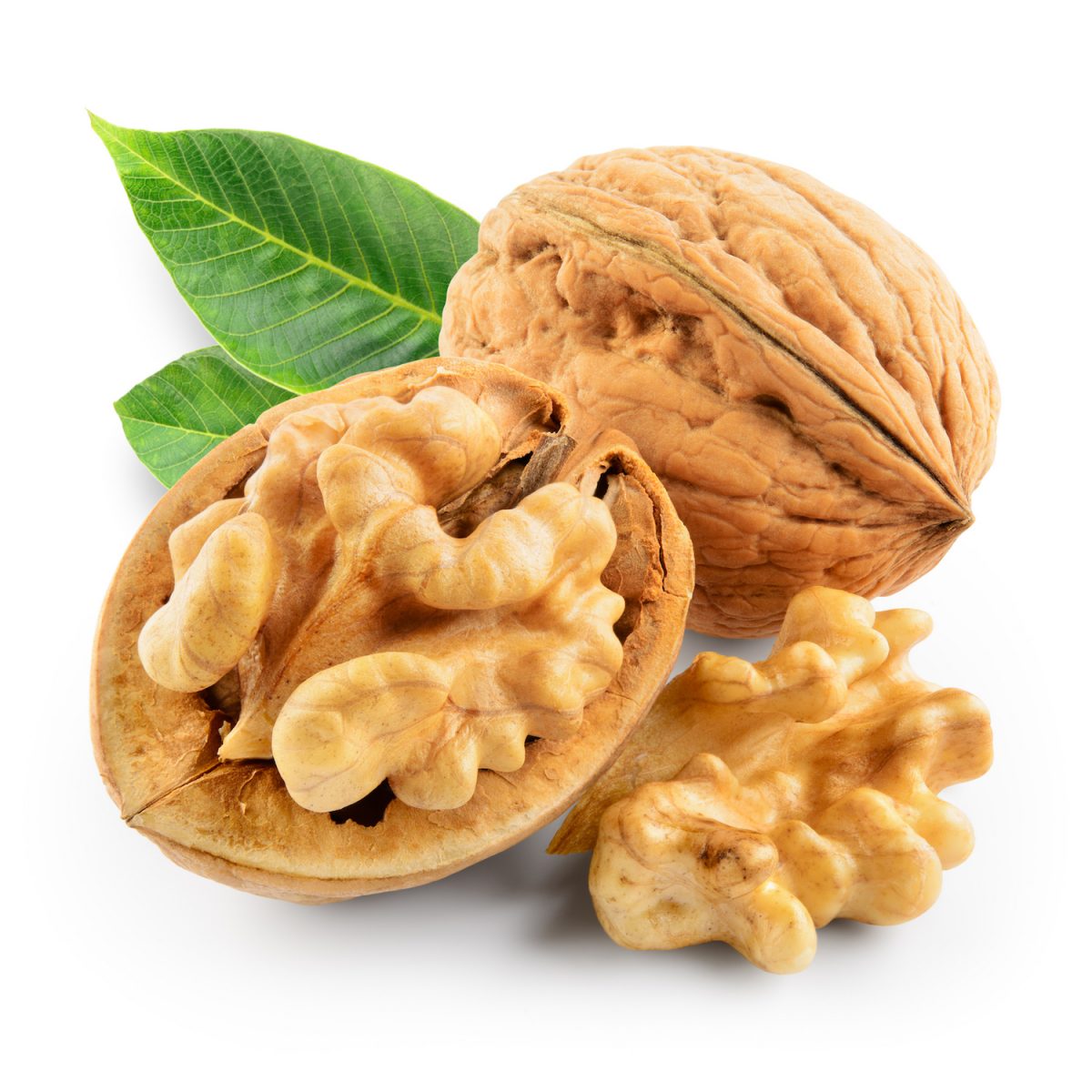 A Novel Physical Attack on Accelerometers
by Bryon Moyer

It’s almost obvious that this would be a problem. Well… part of it is obvious; part not so much.

What do accelerometers do? They measure acceleration – including periodic acceleration, more commonly known as vibration. Any vibration within the designed frequency range is subject to detection.

And what is the most prevalent kind of vibration? Sound. And what’s one really popular way to enjoy sound? Music. Music is sound is vibration. Which can be measured by an accelerometer. (By that measure, you can think of a microphone as a specialized accelerometer…).

So really, then, it should come as no surprise that, if you take an accelerometer that’s placidly going about its business measuring some mundane form of acceleration – and then blast it with Led Zeppelin at lots of dBs, you’re going to get a response from the accelerometer.

Most likely, you’d expect just a bunch o’ noise in that accelerometer’s response. (It’s almost like it was designed by those grandparents that kept telling you that rock and roll was “just a bunch o’ noise.”) So – loud noise as a jamming signal? Yeah, it doesn’t take too much imagination to accept that that might happen. Another study a couple of years ago caused a drone to crash thanks to blaring speakers confusing gyroscopes. It’s not necessarily good if it happens, but the specific result – and its severity –  depends on what application you’re jamming.

But here’s what’s not so obvious: embedding a malicious audio signal in music such that you literally control the accelerometer response and make it do something. No way that’s possible, right?

A team from Univ. of Michigan and Univ. South Carolina acquired a bunch of accelerometers and tested them – and many were vulnerable. That’s not to say that anyone not on the list is safe; the list just happens to be what they tested.

This isn’t, “Wow, here’s a vulnerability, and, if the moon and stars align properly and you hold your mouth just right, something could happen!” This is, “Wow… that just happened.”

So what’s going on here? Their unusually readable report breaks the issues down with great detail, which I’ll summarize here. There are actually two culprits in two different styles of attack, in accordance with the typical sensor architecture as shown in the following image. The amplifier and low-pass filter (LPF) are where we’re going to focus (highlighting ellipses are mine).

Summarizing the setup, the sensor mechanism (typically MEMS) converts the motion into voltage signals my means of capacitors. That signal is amplified and then run through an LPF to get rid of signals outside the frequency range of interest; thence it is converted to digital for output.

Which brings up a critical point: this whole discussion is particular to digital accelerometers, not ones with analog outputs. (That’s not to say that there might not also be games to be played with the analog ones, but that’s not what this is about.)

Amplifier: If the signal sent to the amp is too strong – that is, it exceeds the dynamic range of the amp – then it will clip. And it may clip asymmetrically. This results in a DC offset out of the LPF. The amount of clipping can set the offset voltage.

They refer to a “secure” amp as one that can handle the full signal; one that can’t is considered “insecure.” Creating an amp that can detect delicate signals while ready for resonance isn’t necessarily easy…

Low-pass filter: The second problem stems from the LPF cutoff frequency – that is, the frequency above which it filters out the signal. Of course, that cutoff isn’t perfectly abrupt; there’s a transition band as you go from the pass band (low frequencies) to the stop band, where no signal gets through.

And the problem plays out when this cutoff frequency (or the transition band) is near the resonant frequency of the accelerometer. That resonance is often not particularly sharp, so there’s a narrow band of frequencies that can cause some level of resonance. If that resonance band overlaps the LPF transition band, then the LPF isn’t going to completely filter that signal, leaving an oscillating false LPF output.

So a “secure” LPF will have a cutoff frequency far below resonance. One without that characteristic is an “insecure” LPF. 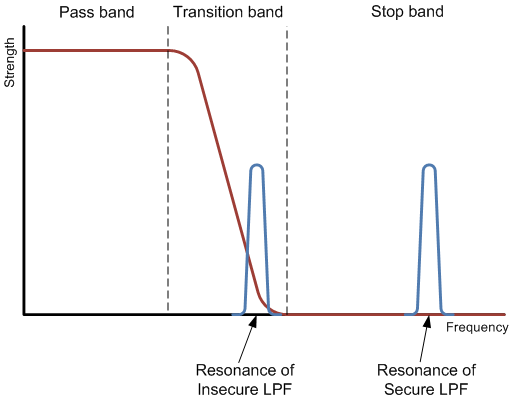 In their most dramatic demonstration, they leveraged these weaknesses to spell the word, “walnut.” I have to admit to initially being unsure of what that meant: did they create a signal that was the ASCII version of “walnut”? No. It all became clear when I looked at the waveform at the output of the accelerometer. Back up and squint your eyes if that helps: it traces out “WALNUT.” This was done using the clipping effect (which they refer to as an “output bias attack”).

Ironically, sensors with a less accurate ADC didn’t give such a clean signal; the one shown above is from a device with a more accurate ADC.

To be clear, it doesn’t appear that a random hacker could pick up any old phone and immediately start an attack like this. It takes a fair bit of work to figure out, for a given brand of system and accelerometer, what the clipping response is and what the sampling and resonant frequencies are. Only with that knowledge can one start to figure out how to do more than just jamming – to exercise actual control. And then there’s figuring out how to embed sounds into music and then get that onto a target system and then get someone to play it. It’s a lot of effort. But then again, so is a side-channel attack for figuring out security keys – and that’s been done.

Is this unavoidable? Or are there defenses that can be built to block these attacks? The team puts forth some hardware and software solutions, keeping in mind, however, that only the software ones can be applied retroactively to an already-deployed system (assuming it can be updated).

Hardware: Depending on the vulnerability of a particular device, you may need to address the amplifier, the LPF, or the package (or combinations).

Software: They came up with a couple of clever ways to change the sampling so that resonance won’t be a problem.

By randomizing the sampling period to be different for each measurement – somewhere between 0 and 1/fres – then you’re not consistently sampling the resonance. If there are multiple problem resonant frequencies, then you find the lowest common multiple flcm and place the samples in the 0 – 1/ flcm range.

Of course, this mucks with the results you get from sampling, since you’re not always sampling at the same rate, so you need to take multiple readings (each with a different sample period) and then average the results.

If the true signal you’re trying to measure has a frequency far below the resonance (which is desirable), then these samples will appear at high frequency on a relatively slow-moving signal (as compared to resonance). By averaging the two measurements, you’ll get something very close to the true sample of the desired signal while the resonant components will cancel. You end up with an effect akin to a notch filter around the resonant frequency. 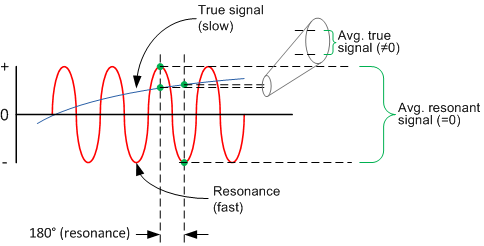 The accelerometers tested in this study came from (in alphabetical order) Analog Devices, Bosch, InvenSense, Murata, and ST Microelectronics. I contacted them all to see if they had a response or any statement to make. I also contacted Kionix – not on the list. The responses were:

I reviewed the technical response, and, interestingly, they say that the primary conduit for the acoustic energy comes not from direct impingement of the sound on the chip, but from the board itself. The mitigations focus on ways to reduce the transmission of the sound from the board to the accelerometer. (This late news validates my suspicion (above) that package damping might not be the whole story…)

You can well imagine that this unusual – and unexpected – attack vector has a lot of people with their heads down to make sure their accelerometers don’t show up on the next list.

10 thoughts on “Cracking a WALNUT”