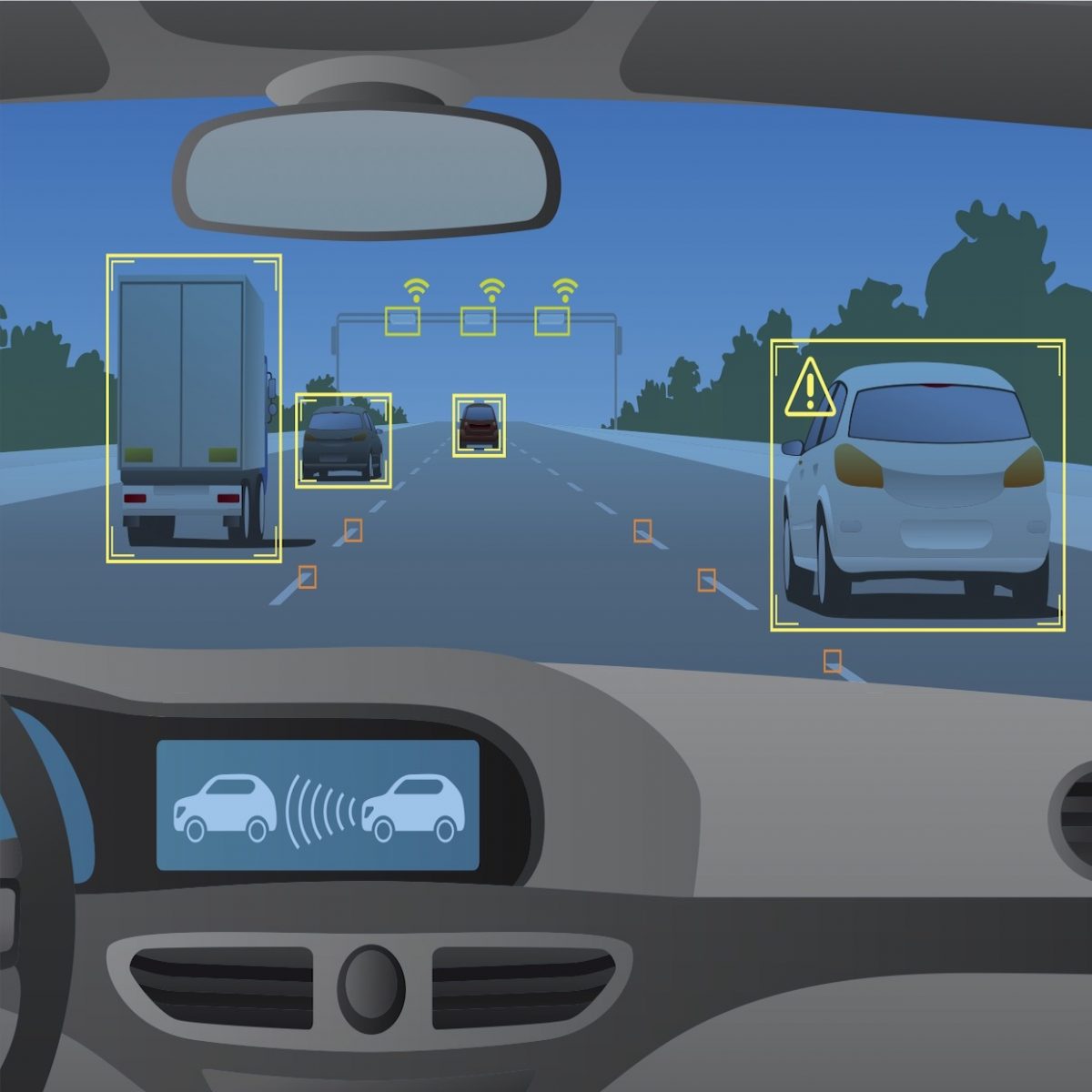 Mentor’s DRS360 - First of a New Breed
by Kevin Morris

Autonomous vehicles are coming. Countless teams around the globe are engaging engineering challenges that stand in the path of commoditized, robust, self-driving vehicles. While companies like Google, Tesla, and Uber have captured many of the early headlines, vertically developed solutions such as theirs are clearly not the shape of the industry to come. Rather, the ADAS and autonomous ecosystem are likely to be populated with multiple layers of systems suppliers working with standardized backbones.

Nearest the point where the automation meets the road are the ever-changing arrays of sensors that allow autonomous vehicles to understand their context – the complex environment around them. Gathering and combining the outputs from radar, LIDAR, vision, sonar, and numerous other sensors and fusing that information into a coherent understanding of the dynamic 3D situation surrounding the vehicle with sufficiently low latency to allow timely reaction is a daunting computing problem.

The conventional approach has been a distributed system with microcontrollers parked near each sensor, managing and filtering the data that is passed downstream to the next layer of controllers. But the latency, complexity, and cost of such systems is limiting. That is the driving value behind Mentor’s new DRS360 platform. DRS360 takes advantage of the formidable new Xilinx Zynq UltraScale+ MPSoC device to consolidate the sensor fusion into a single chip. Zynq UltraScale+ packs a powerful assortment of conventional processors, dual- or quad-core 64-bit ARM A-53 applications processors, dual-core ARM Cortex-R5 real-time processors, and a large helping of programmable logic (FPGA) fabric including high-performance DSP blocks as well as flexible high-performance IO.

As we have explained before, the potential of SoC/FPGA combo devices such as Xilinx Zynq and Intel (Altera) SoC FPGAs is enormous – with processing performance and power efficiency potentially orders of magnitude better than conventional processors alone. But developing applications that take advantage of the potential of these devices is still a complex engineering undertaking – requiring expertise in software development as well as custom hardware (FPGA) design.

The challenge posed by the “programming” of these devices seems to be giving rise to a new breed of IP supplier – those developing IP and reference designs turning devices like Zynq into – essentially – ASSPs. That is what Mentor has done with DRS360, allowing OEMs and system integrators to have a starting platform that provides a huge head start on the task of integrating an autonomous driving system.

Mentor (formerly Mentor Graphics, recently acquired by Siemens) has partnered with sensor suppliers to create DRS360, which takes raw, unfiltered data from a variety of sensors to a central processing unit, where it is fused in real time without the need for pre-processing by microcontrollers. This direct-processing approach brings significant power, cost, and size advantages compared with traditional approaches. Additionally, providing the processing system with raw, unfiltered data allows maximum advantage from adaptive AI/neural-networking approaches. The ultra-low latency and high performance of the Zynq MPSoC allows much more sophisticated signal processing than traditional methods, and within a fraction of the normal cost, power consumption, and latency.

Mentor says DRS360 enables level 5 autonomous driving (the highest defined level, where no human intervention is required other than setting the destination), within a 100W power envelope. Considering the amount of signal processing that is involved in the fusion of data from such a diverse and complex sensor array, that is an impressive accomplishment.

Mentor Automotive has a substantial presence in the automotive sector – with a long history of supplying tools from cabling and board design through custom IC design tailored to the needs of automotive designers. Mentor also is the leading supplier of automotive networking and automotive Linux. DRS360 is a bit of a departure from that norm, however, as the combination of hardware, software, and IP bundled into one platform represents a new kind of solution for the company.  Mentor says the system is deployment-ready and “engineered for production to meet the safety, cost, power, thermal, and emissions requirements for deployment in ISO 26262 ASIL D-compliant systems.”

DRS360 has also been designed with the idea that long-term evolution will likely involve custom-designed ICs. Mentor says initial versions of the platform use the Zynq UltraScale+ device, but licensing for versions with custom-designed ARM-based chip solutions is also on the roadmap.

We are likely to see more of this kind of solution picked up by the EDA industry. Platforms like DRS360 fill an ever-widening gap in engineering expertise between system integrators like automotive manufacturers and providers of cutting-edge hardware platforms such as Xilinx. Of course, fabless semiconductor companies have long since demonstrated that they add significant value on top of the IC manufacturing layer, so it is interesting to see yet another layer of high-value IP stacked on top of theirs, creating a new kind of solution for system integrators and, ultimately, OEMs. Applications such as autonomous driving involve such a complex diversity of technology, requiring such a wide gamut of specialized engineering experts that the solution stacks are likely to become even more heavily layered.

Autonomous driving is clearly a world-changing technology that brings with it profound ethical, legal, and social challenges. Widespread adoption will have a profound impact on just about every aspect of our global society. With that in mind, it is somewhat comforting to know that the solutions that eventually carry our families at high speeds across the country will likely not be products of insular, vertical, proprietary engineering organizations, but rather will include open, standardized, well-used platforms from a diverse global ecosystem of suppliers. When you consider the history of the Toyota case, where something as simple as highly proprietary digital throttle control sparked major controversy, it’s pretty clear that vertical engineering and proprietary autonomous vehicles would a dangerous approach.