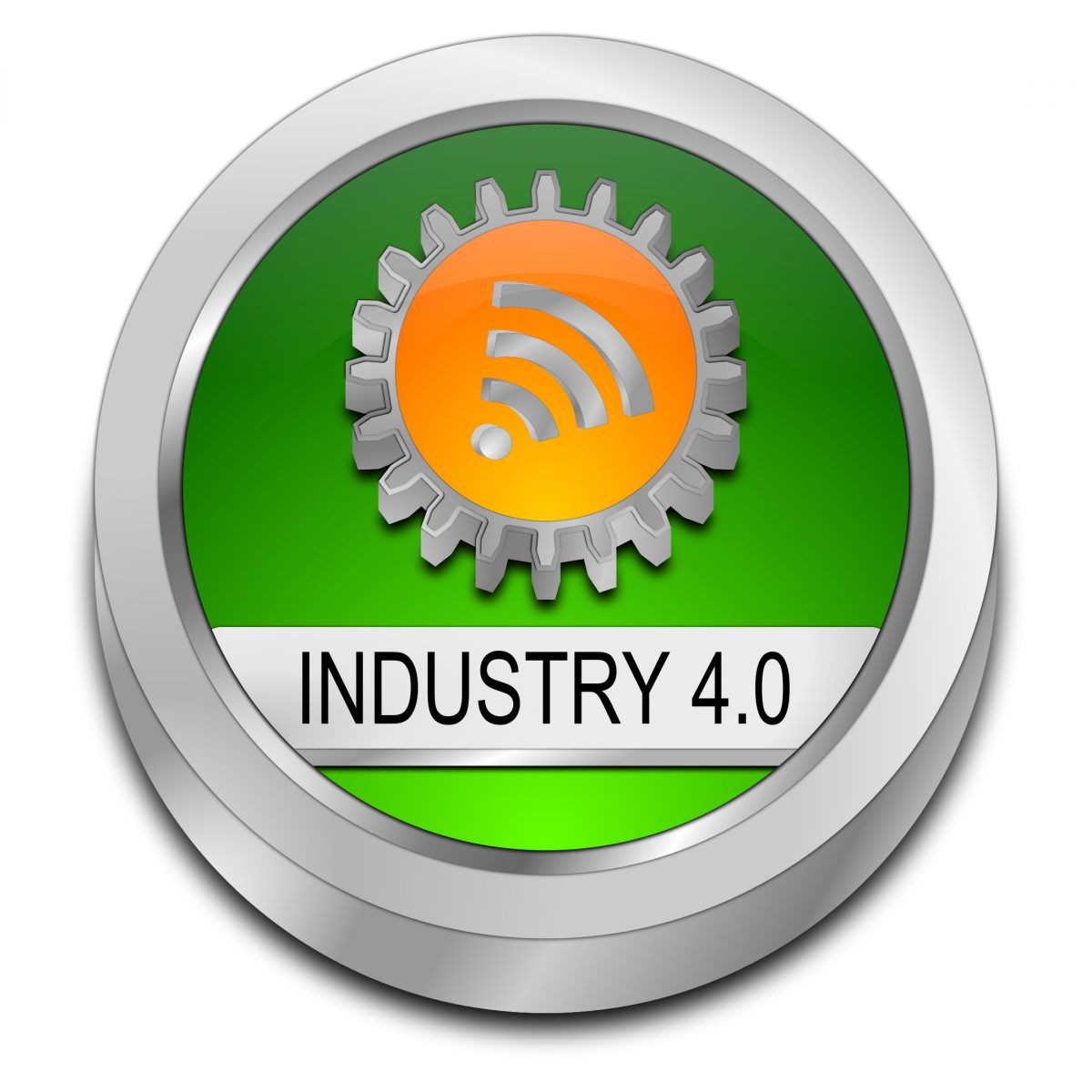 Industry 4.0: The Future of Manufacturing?

If you live in Germany, the term Industry 4.0 (or rather Industrie 4.0) will be familiar to you. The term comes from an initiative backed by the German Government, to the tune of Euros 1 billion, to improve manufacturing through the use of modern technology. There is direct interest from Chancellor Angela Merkel and involvement by two senior ministers, and many of the big German manufacturing companies are playing a part in setting objectives and managing progress.

Elsewhere in the world, Industry 4.0 is likely to be something that you vaguely recognise. Its exact definition is open to debate; many writers and commentators are not in agreement, but, to a large extent, defining it is irrelevant to what is actually happening.

Firstly – Why 4.0? It is argued that we are on the verge of the fourth industrial revolution. The first, the one we learned about in school, was driven by steam power, which allowed factories employing hundreds of people to replace artisans in small workshops and provided steam hauled trains to move raw materials and finished goods in large quantities over long distances. The second was electrically driven, and it saw the assembly line evolving to create ever-higher volumes of production. The widespread use of digital computers and robots is arguably the third industrial revolution.

And, if Industry 4.0 is the fourth industrial revolution, what are its components? Viewed in some lights, it is simply the application of the industrial internet of things. Other terms used include “The Smart Factory” and “Connected Industry.” And people talk about cyber-physical systems and machine learning.

One aspect of Industry 4.0 that appears frequently in the broader literature is the use of big data and analytics. A briefing piece from Consultants McKinsey describes how a car maker analysed the use of its on-line configurator (you know – the thing you play with to build your ideal car) and the actual purchasing data to see what options customers were prepared to pay for. Using this information, it reduced the options offered on one model to only 13,000. (I love the “only.”) By contrast, a competitor offered 27,000,000 options on a similar model. Doing this allowed the car company to reduce development time and production costs “dramatically” (McKinsey’s word). Other companies in the process industries are able to use data to increase process yields by significant amounts.

Another aspect is that all the members of the supply chain can communicate without human interaction, making Just-in-Time work at multiple levels. Linked to this is the use of individual product identity, using markers like bar codes or RFID tags, to get a better understanding of, and perhaps improvement to, production flow.

At ISS (SEMI Industry Strategy Symposium) Europe 2017, a gathering of executives from the companies supplying the semiconductor manufacturing industry, one session was dedicated to aspects of Industry 4.0, centred on the experience of Bosch. As a significant German engineering company – the turnover is Euro 73.1 billion or, at the time of writing, around US $79 billion – Bosch has been active in the development of the ideas. The company is also moving from pilot projects to a more extensive roll-out, and they discussed Industry 4.0 in the context of their plant RtP2.

The definition of Industry 4.0 that Bosch presented is:

Fusion of the physical world of production with the virtual world of information technology and the internet.

Humans, machines, objects and systems are connected via ICT (Information and Communication Technology) and the internet, and they communicate in a dynamic, real time optimised and self-organised way.

In these intelligent production systems, all instances of the added value chain, from the supplier of logistics to the customer, are connected across the company.

The industrial production can implement individualized customer requests on the well-known high-quality level, while reaching higher flexibility and robustness, as well as optimal resource allocation.

To be fair, the presenter then looked at the Gartner Hype Cycle (http://www.gartner.com/technology/research/methodologies/hype-cycle.jsp) and positioned Industry 4.0 worldwide as climbing up from Innovation Trigger, while in Germany it is probably at the Peak of Inflated Expectations with the Trough of Disillusionment to come before the slow climb up the Slope of Enlightenment to the Plateau of Productivity – so we are still at a very early stage.

Within the plant, Bosch thinks about five sets of features

These all communicate – machines, for example, talk to logistics for Kanban delivery of materials within the parameters set by manufacturing control, based on inputs from sales. Machines also self-monitor and communicate with maintenance. Products are tracked through the manufacturing cycle. The system communicates with suppliers and customers.

In summary, they see Industry 4.0 as providing:

The connection of machines, sensors, software, and services to enable new business models in industry

A collaborator with Bosch on Industry 4.0 work is Fabmatics, a specialist in material-handling automation for semiconductor plants. Their presentation looked at automating an existing 200mm fab. 200mm fabs are experiencing a renaissance, according to SEMI, with demand continuing to grow, particularly for MEMS, Power, and Analog. Normally, advances in manufacturing automation are undertaken in new facilities. Fabmatics is working to automate a working Bosch fab. They emphasise that it is being carried out in a series of careful steps, which started with automating a single work stage by adding a robot material-handler and control station. When this was working well, it was combined with the next stage, using the same robot to transfer cassettes of wafers between the stations and linking the two station controllers. Subsequent work has created clusters of lithography and implant stations, each using turntables and conveyors to move and store cassettes. A further stage linked multiple bays with a conveyor – creating a transport backbone that will eventually interconnect all process areas. This is supplemented by self-navigating autonomous robots to lift and carry lots between stations. The process is not yet complete, but the fab has already produced improvements in headcount efficiency, equipment efficiency and utilisation, yields, and smoother flows of work in progress.

Another Bosch partner is KUKA, a robotics specialist. Their contribution is not just the autonomous robots, but also data, which frequently was referred to as “the new oil.” KUKA is developing what they call real-time edge computing – an intermediate stage between the manufacturing plant and the cloud, which can immediately react to information from the production environment. It also provides secure communication between the plant and the cloud.

One quote in the KUKA presentation I particularly liked was, “The electric light did not come from the continuous improvement of candles.”

The two days of ISS 2017 covered a great deal more than what I have covered here. Presentations ranged from industry overviews to issues of scaling down to 5nm feature sizes plus specific industry and company overviews.  Frequent references were made to the mergers of the semiconductor companies, autonomous vehicles, and the increasing role of China. While EUV (Extreme Ultra Violet) as the light source for lithography for very small feature sizes seems at last to be reaching throughputs that are close to production requirements, the 450mm wafer barely got a mention and seems to be, as yet, a long and expensive way away.

Despite natural concern over the broader geo-political situation, there was a very positive vibe amongst those present, and there seems to be optimism over the growth of semiconductor manufacturing.

PS – While I was writing this, ABI Research announced that it is predicting that the industrial internet of things will add more than 13 million new wireline and wireless connections worldwide in 2017 to an installed base exceeding 53 million connections, giving a grand total, by the end of the year, of 66 million connections.