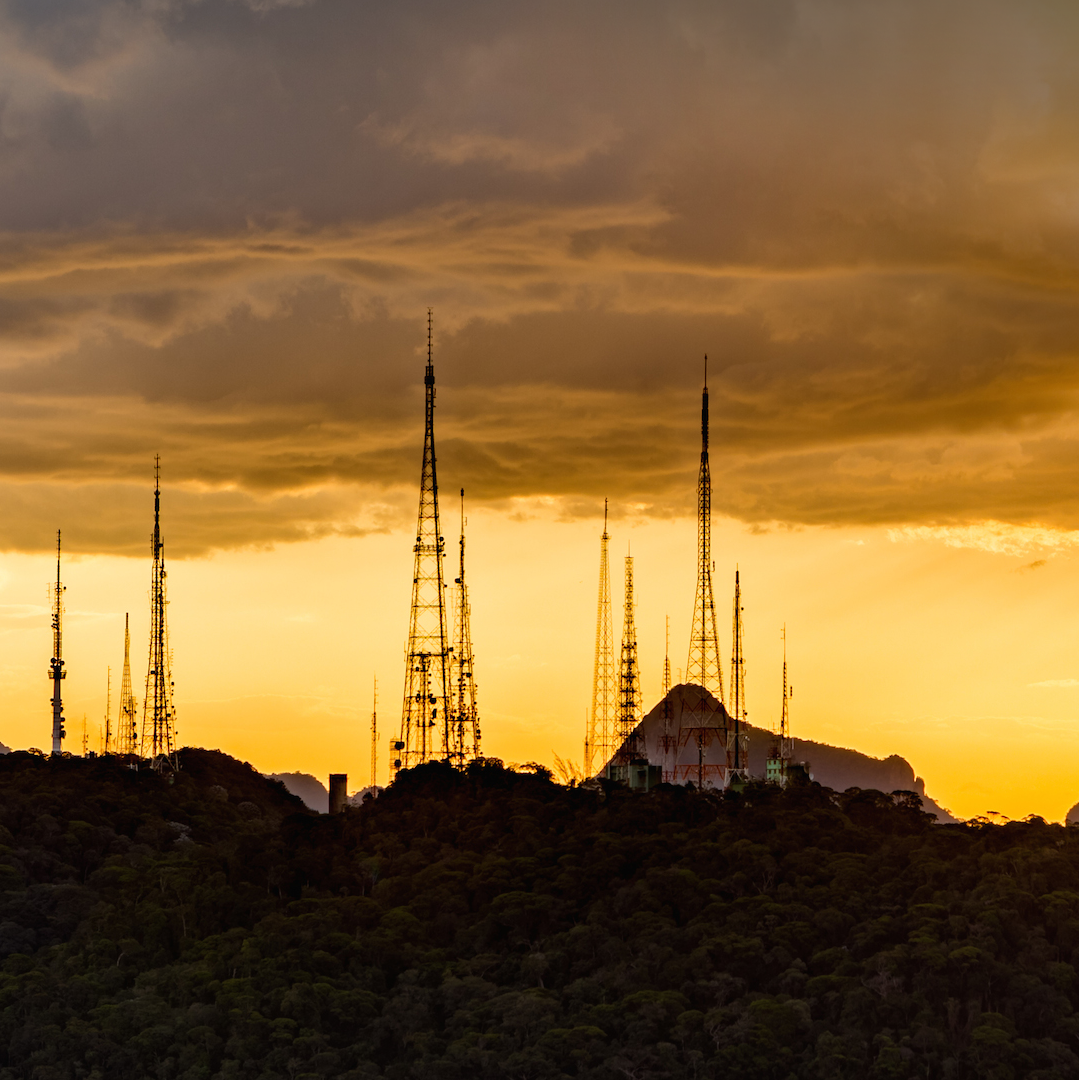 LTE for the IoT

Unscrambling the Signal
by Bryon Moyer

Last year we took a look at the raft of new low-power wide-area (LPWA) protocols being deployed to handle Internet-of-Things (IoT) data traffic. Why not the cellular system that already exists? Because IoT data characteristics, consisting mostly of short upload data bursts, are dramatically different from the data-heavy content that has historically been targeted to run over the cellular infrastructure.

Cellular data capabilities were originally built to solve the heavy data problem and, as such, have not been well optimized – or priced – for sparse data use. So now we have these entirely new cellular systems, constructed with the IoT in mind, being deployed alongside the existing cellular equipment.

Well, you can imagine the mobile folks not being crazy about sitting back and watching data from a burgeoning new industry moving to other systems. So they’ve defined their own IoT-oriented variations of the LTE data protocol to provide a reason for folks to stick with standard cellular for their IoT needs. That’s pretty straightforward, but the challenge I found was in trying to sort through a variety of shorthand names – Cat0, Cat1, CatM1, eMTC, NB-IoT. And more.

So my goal here is to try to untangle some of what’s going on – without having to understand the entire cellular system (which is extraordinarily complex). An obvious benefit of standard cellular is that infrastructure is already in place and it can use licensed spectrum – unlike many other protocols, which rely on unlicensed industrial/scientific/medical (ISM) bands that impose limitations. But it also means that the IoT stuff has to play nicely with the existing phone-oriented protocols; they’re not starting with a blank sheet of paper.

For those of us who don’t follow the intimate details of what happens in the cellular world, there are two broad generations of cellular that address this, driven by the 3G Partnership Project, better known as 3GPP. It’s slightly confusing since, despite the name, the organization’s scope goes far beyond the third generation cell-phone standards.

They issue regular releases of their specs as they add capabilities and features. Right now we’re in the 4G era, and the first IoT protocols apply to this generation. Then there’s the great hope for the IoT, at least in cellular-land: the future 5G standard. We’ll touch on both of these.

The release that we’re interested in here is the most recent, Release 13. But there’s some holdover from Release 12 that bears mentioning. Notably, there’s a Cat0 category in place already, and it appears to be for low-end use. That said, the most interesting stuff came out of Release 13, and it would seem that Cat0 has quietly disappeared. Comparisons now show the new IoT protocols as compared to Cat1, not Cat0. In fact, I just did a search on both a whitepaper and a presentation that deal with these topics, and the term “Cat0” doesn’t show up anywhere.

So… I’ll include some comparison for completeness and clarity, but, apparently, we can banish Cat0 from our thinking. (Qualcomm confirmed that Cat0 is pretty much deprecated now.)

There’s also a notion from the Release 12 days of LTE-M. LTE, of course, stands for “long-term evolution,” and, for practical purposes, it largely refers to the data-carrying capabilities of the cellular system. The “M” stands for “machine,” and this appears to have been something of a placeholder for what would come next. You might think of it as an umbrella term for the various IoT-related protocols; as far as I can tell, there is no specific LTE-M protocol. In Qualcomm’s words, it’s more of a marketing term.

I’ve also seen a mention of NB-LTE-M as an even simpler protocol than LTE-M, where NB stands for “narrowband.” It would be another overlay on LTE, but, as with Cat0, there’s no mention of it in the materials that Qualcomm (a major 3GPP player) uses to describe the cellular approach to the IoT. Here again, they describe it as a marketing term.

What we do have are two new versions of data handling: Cat-M1 (also referred to as eMTC) and Cat-NB1, also known as NB-IoT (and I’ve seen comments suggesting it might be renamed Cat-M2 – confused yet?). To start with, a big distinction between the two is that Cat-M1 overlays LTE, while NB-IoT doesn’t. It does, however, how shall we say?… dance with LTE.

The goal of all of these variants is to reduce both the cost of carrying data and the cost of designing the radios into the kinds of low-end equipment that might show up as edge nodes in the IoT. So Cat-M1 sacrifices some bandwidth as compared to Cat1 and Cat0.

The following table summarizes the high-level capabilities of the various variants.

There are also a couple of power-saving features that have come along with these new categories, out of respect for the low-power requirements of IoT edge devices. One is called, intuitively enough, power-saving mode (PSM).*This seems to be hard info to find. I’ve seen Cat1 described both as supporting and not supporting MIMO in different sources. Given that point, Cat0 being single antenna is my speculation; if deprecated, it’s moot.

The other is called eDRX, for “extended discontinuous receive.” This alternative gives the network a way to initiate communication with a sleeping device. In this case, the device and the network agree on a specific sleep time, which has been extended to as long as 40 minutes. At that point, the device wakes up again to check for messages, after which it can go back to sleep for another 40 minutes (or whatever). There’s nothing that requires the device to stay asleep for all that time; it can awaken and start a conversation. It’s just that, unlike PSM, this ensures that the network has a way to wake the device up.

All of this is really a prelude to the real show: 5G, which is due in the 2020 timeframe for commercial availability. And you might see yet another TLA here (where, for this instance, “T” stands for “two”): 5G NR. That would be “new radio.” As in, they’re defining a new radio interface for this generation.

The spectrum for 5G is really broad, including licensed, shared licensed, and unlicensed spectra. The overall range goes from sub-GHz to about 6 GHz and millimeter wave territory. One of the outcomes of this is a seemingly impenetrable notion of “scalable numerology.” I know what scalable means, and I thought I knew what numerology was, except that it has nothing to do with cell phones. I still haven’t found an official definition of “numerology” for this context, but here’s my take.

Normally, with a normal  narrower band of frequencies, you divide the band into subcarriers or channels or whatever, typically with guardband in between to avoid interference. These channels normally have a fixed bandwidth – say, 20 MHz. But with a broad spectrum, having a fixed subcarrier size doesn’t really make sense. The channels will be either too small at the top end or too large at the bottom end. So the idea here is that the subcarrier width will vary – smaller at low frequencies, larger at high frequencies.

Based on this definition of “scalable numerology,” I have to deduce that plain-old “numerology” refers to how the overall band is divided into sub-bands.

One of the capabilities they’re going to include is the ability to send data without going through the whole scheduling thing that’s normally part of the LTE process now. They sometimes refer to it as “grant-free” access, and it involves a new uplink technology called RSMA: Resource Spread Multiple Access.

The idea here is that any device can asynchronously start to transmit. But these aren’t orthogonal channels, so, presumably, they’ll need to check for traffic before starting a transmission to be sure that they don’t clobber someone else’s message.

They’re also looking at some meshing capability, where a message uplink might not come from a device itself, but from one of its neighbors. This can help when IoT devices are placed somewhere with poor coverage to the cell tower.

Those are the most obvious things that affect the IoT. There are plenty of other changes that 5G brings, but they’re out of scope for this discussion.

So… bottom line: Cat-M1 and NB-IoT will rule the IoT roost for a while, to be superseded someday by 5G. More on these changes as they happen…

One thought on “LTE for the IoT”

Samtec Cares Throughout the Community
Amidst an ongoing worldwide pandemic, Samtec continues to connect with our communities. As a digital technology company, we understand the challenges and how uncertain times have been for everyone. In early 2020, Samtec Cares suspended its normal grant cycle and concentrated ...
More from Samtec, Inc....

Car Steering Wheel Tray
I was recently introduced to the concept of a tray that quickly and easily attaches to your car's steering wheel (not while you are driving, of course). What a good idea!...
More from Max's Cool Beans...

CES 2021: AMD, NVIDIA, and Mercedes
This is my second post about this year's CES. The first was Consumer Electronics Show 2021: GM, Intel . AMD The second day of CES opened with Lisa Su, AMD's CEO, presenting. AMD announced new... [[ Click on the title to access the full blog on the Cadence Community...
More from Cadence...