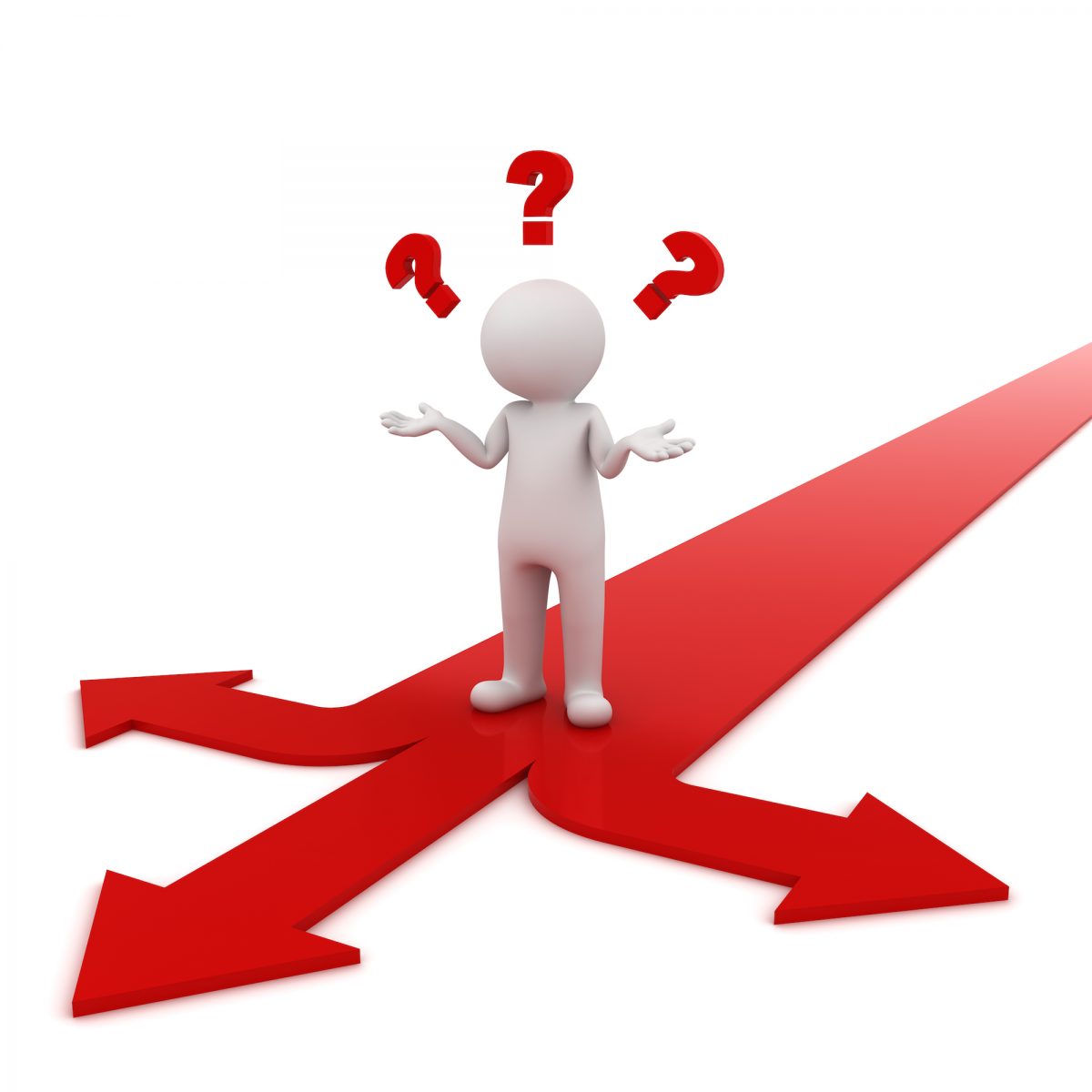 The Changing World of Semiconductors Encapsulated at Electronica

Manufacturers and Distributors Merging and Evolving
by Dick Selwood

At electronica, at the beginning of November, I was talking to an exhibitor about a module controlling a power supply: “The main part of the module is a chip from Freescale – sorry, NXP – sorry again – suppose I should say ‘The company soon to be part of Qualcomm.'” And also in the module was an AVR processor from Atmel – “Sorry – Microchip.”

Right at the front of one of the halls was a huge open space with a banner saying, “Fairchild is now a part of ON Semiconductor. Please visit us at Hall A5 Stand 225.”

The merger of distributors Avnet and Premier Farnell/element 14 had recently been legally finalised, but the two distis had separate stands this year.

But mergers and acquisitions were only a part of the way in which electronica brought home how much the structure of the semiconductor industry has changed since my first electronica in 1984.

I know 32 years is a long time, but it provides me with a baseline against which to measure the change. Intel (who not only attended trade shows then but also had their own) had, about a year earlier, begun shipping the i286 and, in 1983, had passed a billion dollars in sales for the first time. Today the company’s sales exceed $55 billion. Semiconductor companies had their own wafer fabrication plants and generally were shipping standard products such as memory or TTL. The products were sold directly to big customers, or through networks of distributors, who did not stock competing products. There was also a breed that is increasingly rare – the manufacturer’s representative. This was usually a self-employed person who did not carry stock and was paid a commission on any sales they generated. The relationship between manufacturer and distributor was often confrontational and reflected the very simple and old-fashioned way of selling. If you are a film buff – Glengary Glen Ross is only a marginal overstatement of some people’s approach to selling semiconductors to system developers thirty years ago.

The customer was expected to get on with assembling his system from individual components with often very little, except for a data sheet, in the way of technical support. Software was a topic only for those using microprocessors; all other functions in a system were carried out in hardware.

But, in general, semiconductor companies no longer regard it as enough to just shovel silicon out of the door and let the customer get on with it. They have built enormous support teams embracing hardware and software and are also developing reference designs and investing in software tools. Until relatively recently, much of the software coming from semiconductor companies was, at best, adequate. But when you get companies like Silicon Labs buying Micrium, a market leader in real-time operating systems, you see that life is changing. Silicon Labs, like many other hardware companies, employs large numbers of software people alongside their hardware people and is committed to implementing rigorous development processes so that any software they supply, such as communication stacks, can be used in the most demanding applications.

Reference designs is another area where silicon companies are upping their game. Using domain experts, as well as their own teams, they are producing reference designs that can be used for production products rather than serving merely as a starting point for a new project.

Distributors are moving down the same road. The myriad of small companies have merged into bigger and bigger groupings with wider and wider product ranges. They now stock competitive lines, and the old simple line card was transformed into doorstop printed tomes before being overtaken by the Internet. Today the Internet presence of the major companies is very much more than an on-line shop. There are reference designs created by the disti, and they are at the heart of the small development-board movement housing Raspberry Pi, Beagle Bone, etc. communities and manufacturing and distributing the boards. Manufacturers’ literature, data sheets, application notes, etc. are all on there. They offer design tools, frequently providing a design flow from the high-level system architecture, through component selection, board layout, costed BOM listings (from their catalogue) and generating the Gerber files for the PCB. Some are even offering PCB production and access to board-stuffing services. Elsewhere on the sites is, “content” – articles about aspects of technology that focus on products the distributor sells. Arrow has even created a publishing arm, which has gobbled up most of the traditional print press from North America (see EETimes “Divested” https://eejournal.com/archives/articles/20160603-eetimes/)

All of this is in the interest of creating an environment that will retain the engineer, once he has logged in. Distributors have not undertaken this lightly; they have made massive investments, and, again, many are producing products of very high quality. Several of the halls at electronica were dominated by huge booths from distributors, most of which were crammed with visitors.

In addition to the conversations about change that triggered my thoughts, there was obviously a wide range of topics under discussion in Munich. Clearly, the IoT kept cropping up, but often only as a starting point for thinking about security. In fact, the CEO forum, which is an open session on the first day, with luminaries such as Reinhard Ploss of Infineon, Rick Clemmer of NXP, and Carlo Bozotti of STMicroelectronics had the IoT and security as a specific topic, but, while there were a lot of broad statements, there was a feeling that someone else, rather than the semiconductor companies, had to take responsibility for the security of the Internet of Things.  Another open session on security produced the amazing statement that, given the resources that the industry possesses, it would always be able to keep ahead of the hackers.  A frightening statement from an NXP automotive spokesman was that most of their automotive customers were only now considering partitioning the car networks into separate domains, linked by secure gateways. This means that, in many cars, not just the notorious Jeep, the infotainment services, with communications using Wi-Fi, Bluetooth, even 3/4G telephony, are linked –  without much security – to the safety-critical electronics of braking, steering, etc. Just a thought, have you bought a new car with lots of connectivity recently (other than a Tesla – which does have the domain separation)?

But to return to security: there seemed in other conversations a general feeling that security was important but there was no sense of urgency in addressing the issues, even though, as discussed above, both the manufacturers and the distributors are increasingly and deeply involved in the design process, through tools and reference designs.

The round-up press release from after the show also produced some interesting figures. In terms of exhibitor numbers, the top 3 from outside Germany were, in descending order: China, Taiwan, and only at third the USA (Great Britain was fourth). To put this in perspective, I suspect that, in square footage, the results would have been very different, with many of the Taiwanese and Chinese companies in ten-foot by ten-foot booths and some of the American companies occupying very large floor areas, often with an upper level of meeting and catering areas. But it is yet another straw in the wind of how the balance of the industry is continuing to change.

Finally, the booth attractions – the once ubiquitous fussball tables have disappeared. Instead both DigiKey and Maxim were giving away full-size footballs – and, in Maxim’s case they were printed with your signature by some complex material handling. The halls were not riddled with the scent of popcorn, although there were some stand-outs.  Many stands had cars of different kinds and some had driving simulators, with queues. It was only towards the end of the show, when I sighted a single semi-clad booth bunny, that I realised that I was seeing a survivor of a species that thirty years ago was common; now that was a sign of a very different semiconductor industry.

I must be clear – there was a great deal more to electronica than semiconductors. With a fraction under 3,000 exhibitors, there were halls full of all the rest of the elements of electronic systems, boards, connectors, power supplies, displays, discretes, and much, much (one could argue too much) more.

9 thoughts on “The Changing World of Semiconductors Encapsulated at Electronica”