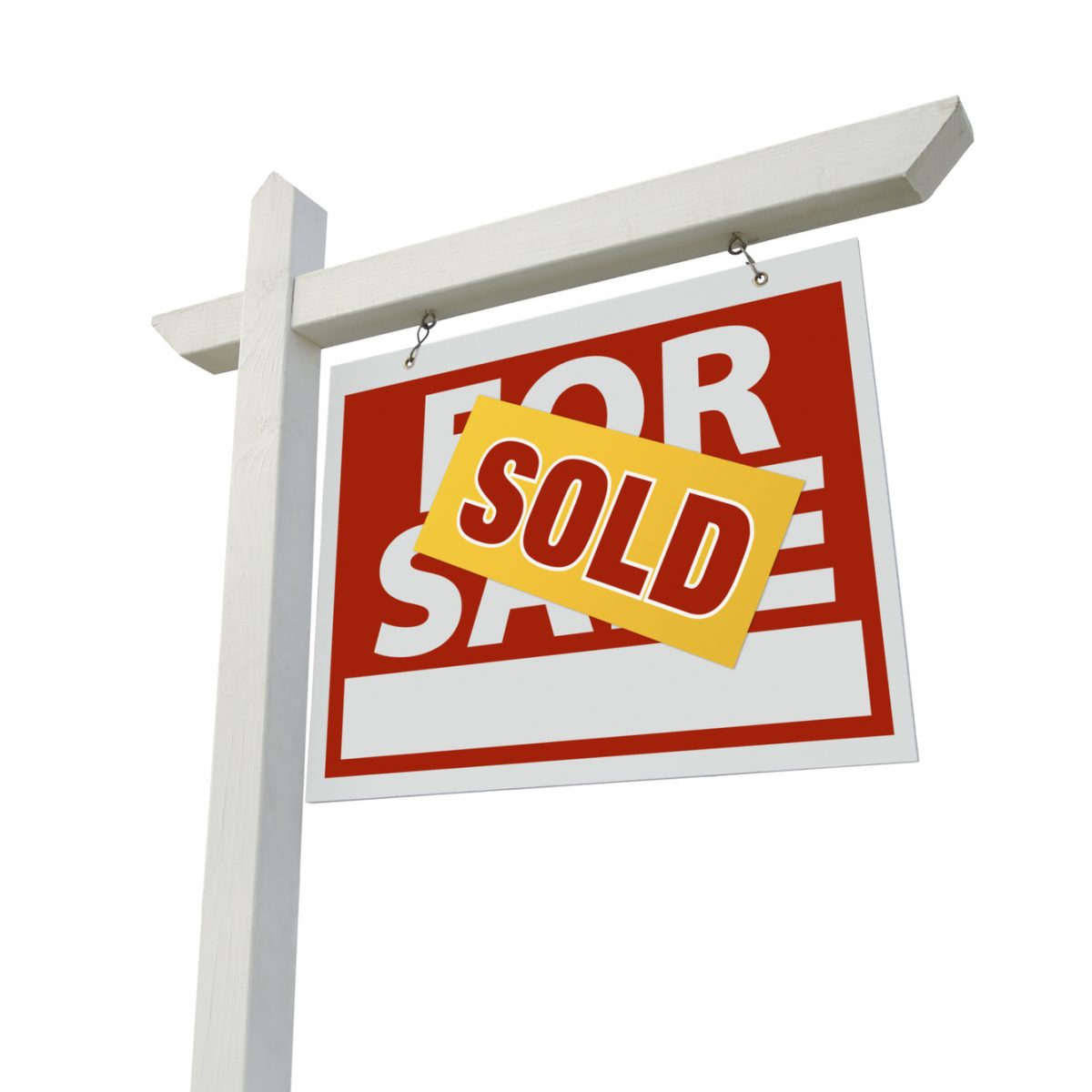 End of an EDA Era
by Kevin Morris

Electronic Design Automation (EDA) is one of the strangest and most interesting segments of the technology industry. This week, it gets a little stranger as we hear that Siemens is planning to buy Mentor Graphics for $4.5 billion cash. Over the past few years, Mentor has survived multiple takeover attempts, including a $1.6B unsolicited offer from rival Cadence Design Systems in 2008, and a 2010 attack from activist investor Carl Icahn, a chapter the company finally closed by repurchasing half his stake (amounting to about 7% of the company) at the beginning of this year for $146M.

This time, however, the company was unable to avoid the raging juggernaut of tech consolidation. In September, activist hedge fund Elliott Management Corp. reported that they had acquired an 8.1 percent stake in the company, saying that its shares were “deeply undervalued.” (Elliott just last month forced the sale of outdoor outfitter Cabella’s to Bass Pro Shops in a similar situation.) About one month ago, faced with the prospect of a fate outside their control, Mentor reportedly engaged the services of Bank of America in order to explore options for a buyout. Siemens was reportedly one of a range of options explored, including Dassault Systems and several private equity groups.

According to a joint press release from Siemens and Mentor Graphics, Mentor will become “part of the PLM software business of Siemens’ DF Division. DF is the industry leader in automation technology and a leading provider of PLM software.” It’s unclear what this actually portends for Mentor, its customers, or its employees. As is usually the case, though, shareholders appear to be well cared for, with a decent-sized premium over the current share price. The offer of $37.25 per share represents (according to the press release), “a 21% premium to Mentor’s closing price on November 11, 2016.”

Founded in 1981, Mentor Graphics is the oldest of the “Big 3” EDA companies. Synopsys was founded in 1986, and Cadence Design Systems in 1988. Mentor is currently #3 of the “Big 3” in annual sales, with $1.2B in 2015 revenue, compared with $2.2B for #1 Synopsys, and $1.7B for #2 Cadence. However, comparing the top lines of these companies can be highly deceptive, as each excels at serving unique slices of the electronic design process. This also raises an even bigger question:

What exactly IS an EDA company?

Sure, we all know that EDA companies provide the software tools that we use in our electronic system designs, from high-level “system” tools down to detailed nuts-and-FETs IC design. But, thinking of EDA companies as simple purveyors of compiled code massively misses the boat on the value they deliver, as well as how they deliver it. EDA companies are not really “software” companies. In fact, they are perhaps more akin to a bizzarre combination of consultancy and insurance company.

It would seem logical to assume that EDA companies are about delivering designer productivity. That’s what tools do, right? They make us more productive. But since EDA gets the lion’s share of its revenue from IC design tools, the industry operates on value rather more like an insurance company. In IC design, the “big fear” is a respin. Having to fix a chip design that came back from the fab is massively expensive. Of course, the non-recurring engineering (NRE) costs are formidable, but the cost of a respin in terms of your own team’s time can also be enormous. And, sometimes, the missed market opportunity from weeks to months of delay in product launch because of a respin can dwarf even those substantial direct expenses.

Because of this respin-based value proposition, and because of the exponential increase in IC design complexity due to Moore’s Law, the bulk of the investment in EDA R&D has been concentrated in IC design. With each passing process node, EDA tools get more complex. And, with each passing process node (and each semiconductor consolidation), the number of companies doing IC design decreases. This brings the EDA industry – the IC design portion of it anyway – toward a theoretical vanishing point where they are producing the most complex tools in the world for an audience of a tiny handful of companies.

If Mentor had just been bought by Intel, TSMC, or Samsung, the answer might be slightly different. But it wasn’t. And, Mentor is not a “stand-alone” tools company in the area of IC design. Probably every customer using Mentor IC tools also uses tools from Synopsys and/or Cadence. Additionally, Mentor brings significant value and technology in many areas unrelated to IC design, such as PCB design, design of board-based systems, cabling harness design, embedded system design, and various industry-specific tool sets for areas like automotive.

In fact, Mentor is somewhat unusual among the three big EDA companies. (Full disclosure here, I worked at Mentor for a number of years up until 2003.) In the 1990s Mentor made an enormous effort in the area of fully integrated design tools. The company developed a software platform called the “Falcon Framework,” which was intended to integrate and subsume just about every tool and task performed by companies designing electronic systems. It was a giant, monolithic software project of epic proportions. It failed miserably. In a rebound, Mentor reinvented itself, morphing from a “fully-integrated” tool company to a “point tool” company with development and marketing of tools in heavily isolated silos. Each tool effort was operated almost as an independent business, with its own engineering, marketing, and software architecture. Much of this silo mentality and organization still exists at the company today.

Compared with Synopsys and Cadence, Mentor’s IC tool offering is broader and more diverse – often circling the core tasks of IC design. On the other hand, in PCB design, Mentor is the clear market leader. And in many of their point-tool areas, the company is unusually strong. It is perhaps this appearance of a lack of focus that has made the company a target for takeover, giving the perception that it might really be a collection of businesses that would be more valuable separate than together.

The problem, however, with applying conventional business thinking, or even conventional software business thinking to the EDA business is that much conventional wisdom does not hold for EDA. Often, outsiders believe that there are opportunities for reduced costs, higher margins, or more operational efficiency. In EDA, though, there are no good plays for transferring customer support loads to offshore hotlines. There are no easy substitutes for the ultra-rare talent that exists in EDA engineering teams. There are no obvious substitutes for the seasoned direct sales teams and hyper-talented field applications engineer armies that service and support the major customers. There are few ways to commoditize EDA tools into “cash cows” and reduce the amount of ongoing engineering investment required to keep them viable. Despite all outward appearance, EDA companies are fairly fine-tuned already when it comes to business efficiency.

It’s far too early to tell what the acquisition means for Mentor’s customers and Mentor’s engineers. More than any other factor, the EDA industry’s biggest asset is its talent – specifically its engineering talent – both development engineers and support/applications engineers. The tools themselves have lasting value only as long as their teams of engineers are still attached.

Siemens is a behemoth in transition – a giant industrial company trying to transform itself to fit into the modern era. Part of that transformation is an investment in software businesses. Part of it is divesting itself from legacy hardware enterprises with more overhead and less margin. Does the company really know how to run a software business? Does it realize that Mentor is really not one? Will Siemens have the vision to see where Mentor’s value really comes from and protect and nurture that value? Or, will it at least leave Mentor setting enough of its own direction that a lack of vision won’t matter?

If Siemens doesn’t manage to make a compelling case for the engineering talent to stay with the company, the lifespan of the software products themselves will be very, very short. Similarly, the large companies whose engineering efforts are tightly intertwined with the fate of Mentor’s tools – some of them direct competitors with Siemens – must be feeling a bit nervous right now.