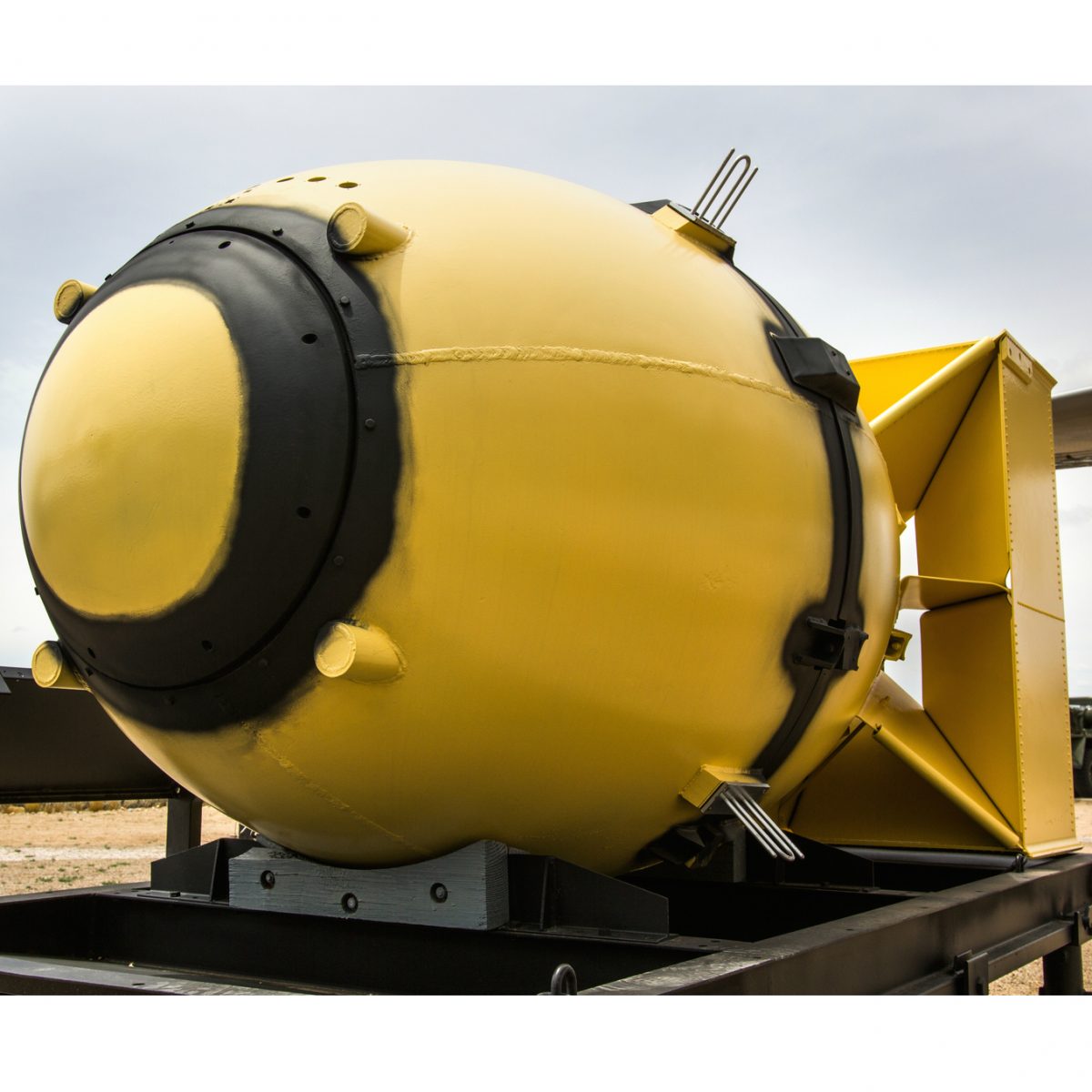 Engineering in an Age of Denial
by Kevin Morris

“Obviously bad people could use this to…” The presenter paused, and didn’t finish his sentence. The audience was left to fill in the obvious gap, completing the phrase for themselves. The presenter wanted to cast light on the positive potential of the technology, while at least making a “full disclosure” nod to the possibility of misuse.

It’s a common theme these days, as technological progress steams full speed into an era with both amazing and terrifying potential. If you want to envision a Star-Trekkian utopia, there’s plenty of evidence to support you. If you prefer to forecast a late-coming “1984,” there’s lots of fodder for that as well. Anyone with a modicum of vision can see both the half-full and the half-empty potential of the vectors of modern progress.

As engineers, we are creating the stuff of which these dreams and nightmares are made. And one would think it was incumbent on engineers to make ethical decisions about the work they do and the problems they solve. These decisions are never easy, of course. Those working on the Manhattan project clearly faced crushing conflicting pressures – a world at war, an uncertain future, and the very real possibility that their work could result in the end of life on Earth. On top of that, there was the near-certainty that if they were not successful in their quest, someone else would be, and that someone else might not have the same ethical wherewithal that they envisioned in themselves.

There are two interesting forces at work in these situations. First is the idea of the inevitability of scientific and technological advancement. “If I don’t design this, someone else will.” There is a sense that all science is already out there, just waiting to be discovered. But is the same true of engineering? Is engineering more art or more science? Mitchell Wilson, novelist and physicist wrote:

“If Shakespeare had never written Hamlet, If Beethoven had not lived to create the Eroica, no one else would have brought these works into existence… In science, though, If Einstein had never lived to work out relativity, if Maarten Schmidt hadn’t recognized the nature of quasars in the sky, or if Crick and Watson had not solved the structure of DNA, other scientists would have done so. The world of art is infinite in creative possibilities, the world of science is restricted.”

But, for every scientific phenomenon that can be observed and understood, there are myriad engineering possibilities to harness that knowledge as part of a solution to a problem. And, for almost every problem, there are countless creative approaches to finding a solution. In the case of the Manhattan Project, it is clear that someone else would – and in fact did – arrive at a terrifyingly equivalent solution. But this is not likely the case with most engineering advances.

The second interesting factor is the natural tendency for people to see themselves as ethically superior to unknown others. “If I develop this capability, I will be more likely to apply it ethically than if ‘others’ do.” Few healthy people envision themselves as the villain. In fact, the world doesn’t divide itself cleanly into the melodramatic ideals of hero and villain – where technological superpowers can be used on the light and on the dark sides for great or nefarious purposes.

Today, though, those ethics are sliced by the blade of horizontal integration. The Manhattan Project was vertically integrated. From the supporting technologies to the final system integration, one giant team was charged with its realization. One group was left to collectively grapple with the ethical questions of what they were making. Before the Trinity Test (the first ever detonation of an atomic bomb) Enrico Fermi is said to have wagered other scientists that the detonation would ignite the atmosphere and destroy the Earth. They went ahead with the test anyway, despite the fact that our most brilliant minds thought it might well mean the end of the world. Clearly, this team of highly intelligent individuals was working under incredible ethical strain.

Modern technological advancements, however, are almost never centered around a single discovery or a single phenomenon. For all of Moore’s Law, the core underlying magic has been the CMOS transistor, but nobody walks around with a briefcase locked to their wrist with the magic MOSFET formulation that makes the iPhone remarkable. Instead, today’s most advanced capabilities are the result of countless layers of horizontally integrated and specialized technologies working together to achieve a particular capability. The list of essential contributing technologies for an iPhone, for example, would be enormous: semiconductor process technology, processor architecture, software, materials, manufacturing… this paragraph would never end. And each one of those layers is created, maintained, and advanced by a different team – usually in a different company, who may or may not have any direct connection to the various end systems in which their work is integral.

This horizontal isolation of technologies serves also to isolate engineers from the ethics of their work. If you reduce the power consumption of FinFET transistors, have you furthered the cause of good, or of evil? If you create a chip that does sensor fusion in IoT devices, have you saved lives, or have you made it easier to invade people’s privacy? If you create software that enables machines to see, have you prevented traffic deaths, or have you enabled a new type of oppressive weapons system? In just about every layer of the technology stack, it is nearly impossible to ascertain the real ethical implications of your engineering work.

One would think that it would become clearer at the level of the final system integrator, but that locus, too, doesn’t stand up to much scrutiny. Is a smartphone a helpful or a harmful tool? Is the world better or worse off because of genetically modified organisms? Even if the system you’re creating is a weapon, is it more likely to protect or to harm? Usually, the final arbiter of the ethics of a technology is the user himself. How will the world make use of the capability we are giving them?

The thing that does seem clear is that technology amplifies the ethical decisions of those who wield it. The ethics of a person who is empowered by technology have more impact on the world than the ethics of a person who isn’t. The intentions of an armed man walking into a room carry far more weight than the intentions of an unarmed man walking into the same room. The more capability we put into the hands of the people, the more important it becomes that those people we are empowering are educated and ethical. In that sense, the bigger question for engineers is, “Can the world handle the responsibility for the thing I’m about to create?” And that is a sociological judgment that few engineers are actually equipped to make.

3 thoughts on “Ethics and Horizontal Integration”