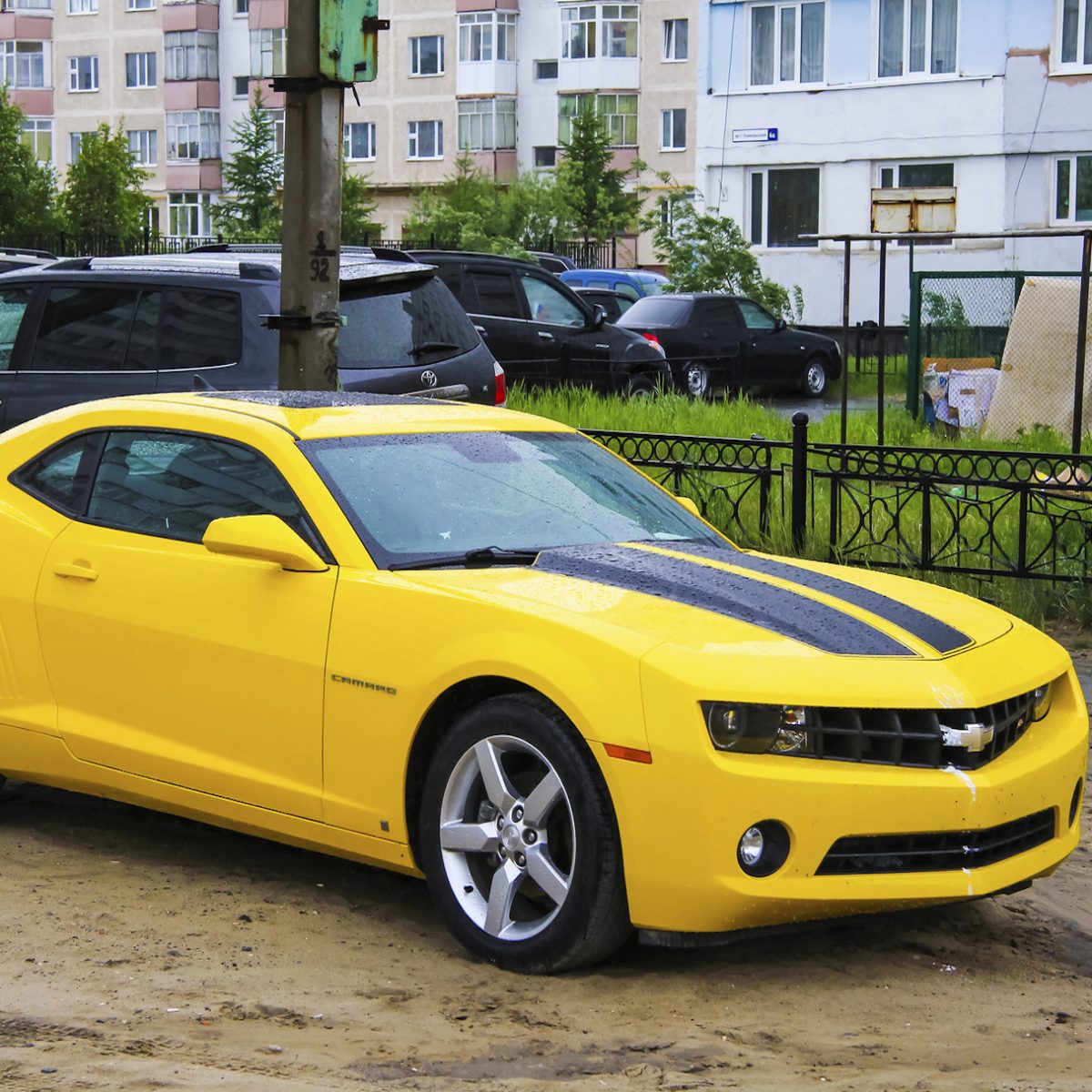 “If the car feels like it’s under control, you’re not going fast enough.” – Mario Andretti

Electric cars have been around since the 1830s. That’s more than 175 years of progress, from the early Davenport autocar to the Tesla Model S, BMW i8, or Karma Revero. Hybrid cars – that is, ones that combine both an internal-combustion engine and an electric motor – are a much more recent development. Hybrids are popular these days. Toyota says it’s sold almost 6 million of them worldwide – a popular model by any standard.

The charm of a hybrid is that it’s a half-step. It’s part familiar, part Space Age. It runs on gasoline most of the time, but uses stored electricity to boost fuel economy a bit. You don’t have to worry about running out of juice (“range anxiety”) any more than you do with any normal gas-powered car.

The downside is, hybrid cars carry a lot of extra weight – sometimes hundreds of pounds of it. Those batteries are heavy, and ironically, it’s their extra weight that prevents hybrid cars from achieving even better gas mileage. It’s like driving around with a couple of sacks of concrete in the back seat, all the time.

The other problem is that batteries eventually die. As we’ve all learned from our cell phones, laptops, flashlights, and smoke alarms, even rechargeable batteries eventually lose the will to live and have to be discarded. For AA cells, that’s no big deal. But what do you do when you’ve got a few hundred half-dead NiCads weighing down your family hauler? Doesn’t that defeat the purpose of buying a hybrid in the first place?

Hybrid automakers – Toyota, Honda, Ford, et al. – provide a warranty on their batteries, along with some vague wording about their expected lifetime. Most hybrid cars haven’t been around long enough to have their batteries die of old age, but we’re getting there. When your hybrid’s batteries eventually do tap out, where do you go for a replacement?

If you’re a Honda Insight owner, you probably make a phone call to Portland, Oregon. Tiny Bumblebee Batteries has just six employees, and all they do is remove, replace, and recondition battery packs for the first- and second-generation Honda Insight hybrid car. It’s a bit of a cottage industry, but one that’s growing along with the popularity of the cars themselves.

In the US, Honda’s Insight is the second-most-popular hybrid vehicle, after the ubiquitous Toyota Prius. Insight owners tend to be fiercely loyal, pointing out that the Insight beat the Prius to market by several months, and that it gets better gas mileage. First-generation Insights were kind of funny looking, however (so were first-generation Priuses, it must be said), and the car never sold as well as its national rival. Still, there are tens of thousands of Insights on the roads, and their batteries aren’t getting any younger.

Honda is happy to sell you a new battery pack. But Bumblebee can do it cheaper. And, according to the company, its batteries offer more power. It’s the modern equivalent of souping up the old roadster with an aftermarket carburetor.

Bumblebee buys brand new batteries from the Asian manufacturer, has them shipped to Portland, and puts them through a series of incoming inspection tests using instruments, test beds, and software that were designed in-house. The test equipment has a Wi-Fi interface that beams data across the shop floor to a central server, which (among other tasks) retains records of every cell in every battery pack.

Testing batteries is not terribly straightforward. They’re inherently analog devices, and chemical ones at that. Each car has about 120 batteries (it varies with model year) arranged in “sticks” of six batteries each. Individual batteries are almost (but not quite) the same size as conventional D cells, and they’re welded end-to-end to create a stick. First-generation Insights are powered by 20 sticks, arranged in a rough cube that fits in the trunk.

The whole assembly is controlled by Honda’s two onboard power-management computers, neither of which the Japanese company is willing to open up to outsiders. So Bumblebee had to reverse-engineer Honda’s firmware before figuring out how best to manage the battery pack’s charge/discharge cycles.

Testing batteries can be downright dangerous, too. A full pack of rechargeable cells puts out a nominal 144VDC, sometimes more, with enough current to vaporize heavy-gauge wire. In the car, an Insight will draw up to 12KW from its pack – nearly 100A under heavy boost. You don’t want to test these batteries by putting your tongue on them.

Also, seemingly harmless items can be a danger. Honda mounts its batteries on black rubber spacers, to minimize vibration. Rubber is an insulator, naturally, but it’s commonly colored with carbon, making the spacers into high-value resistors. They’re conductive enough that, with dozens of volts across them, the spacers can heat up and melt, causing a big gooey mess. Bumblebee routinely removes the offending spacers as part of its rebuilding process.

So how does this massive battery pack get into and out of a customer’s car? Most owners handle it themselves, though the less technically inclined can have a Honda mechanic effect the swap for them. In most cases, Bumblebee ships a new battery pack directly to the customer, along with a how-to video. That keeps the car on the road while the batteries are in transit, and allows the owner to drive the car to the mechanic’s shop, if desired. Once the swap is complete, the owner ships the old pack to Bumblebee, where its structural frame and wiring harness are reused, but the original batteries are discarded.

Most installations go smoothly, which is remarkable given the natural variety of Insight owners and the Gaussian distribution of their technical skills. One owner who’d evidently just bought his first voltmeter complained that his replacement battery pack was dead on arrival and demanded a replacement. Bumblebee ships all of its batteries discharged, for safety, but the customer was not to be denied. A second pack arrived, also discharged. Again, he complained and again, Bumblebee shipped him a third battery pack. After much cajoling, the owner agreed to charge the batteries first (i.e., start the car) before measuring the voltage. He emails back to say they’re the highest-capacity Honda batteries he’s ever seen. Thank you, sir.

Bumblebee seems content to handle Honda hybrids for now, but is considering branching out into Toyotas in order to serve the large audience of Prius owners. The batteries aren’t the same, and the battery-management computers are certainly different, but the market opportunity seems too enticing to pass up.

The challenges aren’t all technical, either. Sometimes it’s a simple matter of economics. Some hybrid vehicles depreciate faster than others, and owners aren’t always willing to spend $2000 for new batteries when the entire vehicle is worth only $4000. Since any hybrid will run just fine with no batteries at all, it makes more sense to simply continue driving it as a conventional gas-powered car. Ideally, you’d remove the batteries to save weight, but that’s a whole different DIY project.

Bumblebee Batteries provides an interesting juxtaposition: a small startup company with limited resources participating in the vastly more complex market for hybrid vehicles. Honda, Toyota, Ford, GM, and other car companies have collectively spent billions of dollars on research and development. Designing hybrid vehicles is complex stuff – really complex stuff. Yet here’s a six-person operation funded with little more than pocket money playing a vital role. Without Bumblebee, a lot of Honda owners would be selling their cars, scrapping them, or driving them in non-hybrid mode. Or just paying more for factory Honda replacements. It’s nice to see that garage-based technology startups still happen.