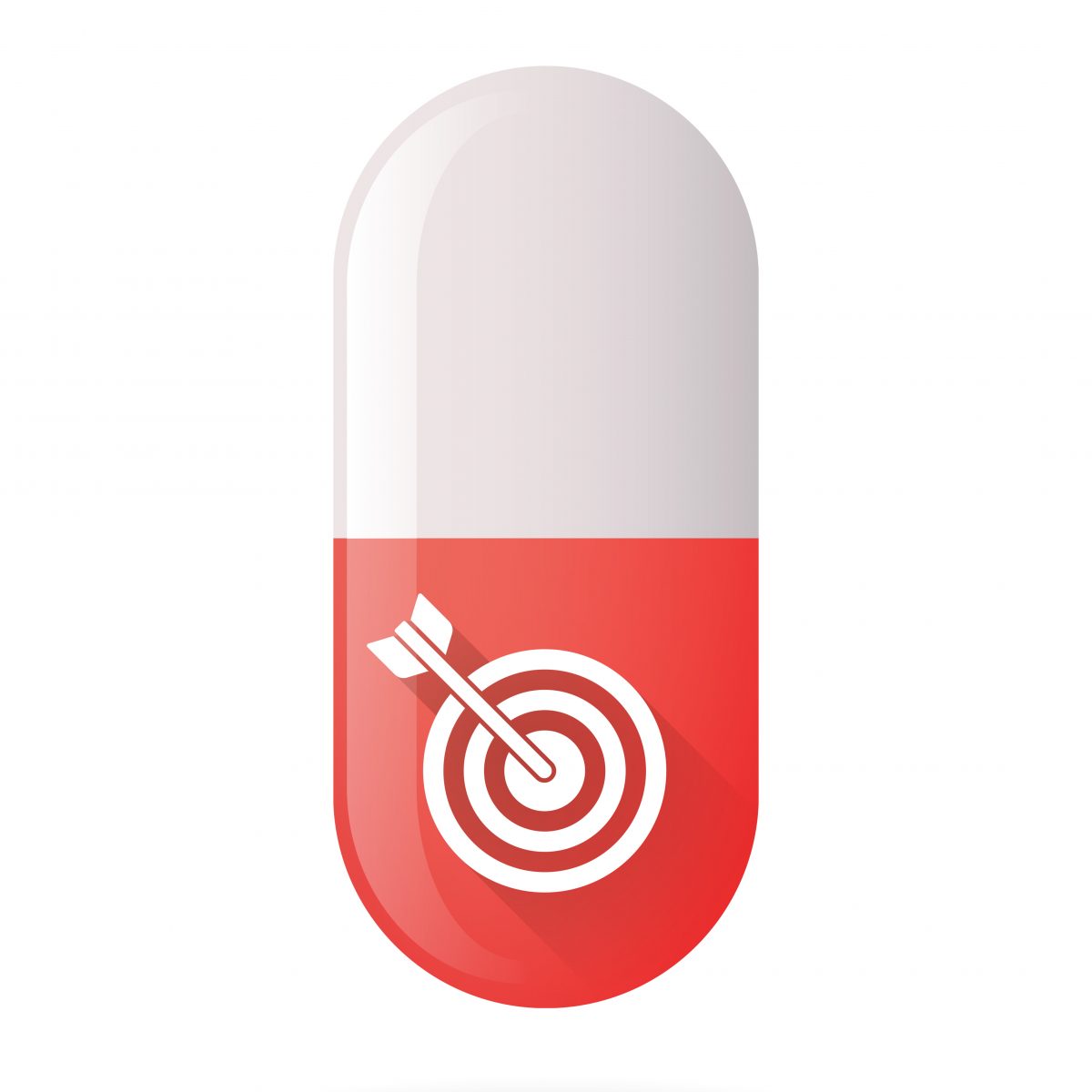 imec’s Technology Forum in Brussels was strongly attended (by around a thousand people), despite the issues of international terrorism and national industrial disputes. The terrorism alert meant that just getting into the meeting halls required standing in long queues with bag checks and physical screening. The industrial disputes meant that many of the local delegates were delayed in traffic jams around Brussels.

Once in the hall, there was a lot of good stuff provided by senior people from around the semiconductor industry and the wider world. Just a reminder – imec is a Belgium-based research and development organisation that is pushing the boundaries of nano-electronics. It works in cooperation with every major semiconductor company, most foundries, and most equipment manufacturers. (Find out more on its website www.imec.be.) This meant that high-level people from the likes of Analog Devices, GlobalFoundries, Infineon, Intel, Mentor Graphics, Panasonic, and Samsung – to name just a few – shared their expertise with the attendees.

One highlight was a series of video excerpts from a conversation that Luc Van den hove, CEO of imec, had with Gordon Moore. It was filmed when Moore was receiving imec’s lifetime achievement award. Following this, Moore’s Law was inevitably a central discussion point. There were, as you would expect, differing views on its sustainability. Simplifying greatly – there was a consensus that while scaling would continue for at least the next few years, its long-term future was doubtful.

One important part of achieving its continuation will be the use of EUV (Extreme Ultra Violet) as a light source for patterning.  EUV can give much greater resolution than conventional light, so, in addition to driving scaling in its own right, it will simplify manufacturing by removing the multiple patterning stages that are at the heart of today’s advanced processes. EUV has been “just a few years away” for what seems like forever – but there was agreement among speakers that by 2020, EUV will be used in volume production, and there were suggestions that, given the rapidly improving results imec was getting by working with ASML (the leading EUV equipment builder), a volume IC manufacturer had ordered its first machine.

Other topics included automotive trends, green energy (including some interesting materials on transparent photovoltaics) and, inevitably, the Internet of Things.  But, since EE Journal covers these topics regularly, I decided to look in more detail at an area I found particularly interesting: that of medicine.

For many years now it seems that most of the presentations by semiconductor companies have defined one of their target markets as health care, usually with a wave at serving the aging population. But all these presentations have generally looked at providing silicon to help in improving and extending existing approaches, rather than pioneering new approaches.

At the moment, much of the investment in health care is in developed countries, is largely hospital based, and relies on massive investments in research by the big pharmaceutical companies – which means that the companies are looking for products that will have big markets. This contributes to an approach to treating patients that can best be described as “one size fits all,” which is extremely expensive, based often on an educated guess by the treating physician.  However, recent advances in electronics at both system and chip level are changing this, and Liesbet Lagae, imec’s Program Director, Life Sciences, talked about some areas where imec is working.

A key part of precision medicine is to gain detailed knowledge of the patient, and, in many cases today, that knowledge comes from DNA sequencing. Where the original Human Genome Project to map our DNA took many years, many researchers and many millions of dollars – today, sequencing takes about two weeks and costs several thousand dollars (as any keen reader or viewer of detective stories now knows). Last year, a company called PacBio (Pacific Biosystems) launched a system, based on a custom photonic chip developed at imec, that provides a 7X improvement in processing time and is a third the size and half the price of existing machines.

One area where DNA sequencing is valuable is in treating cancer. Chemotherapy – using drugs to destroy cancer cells, has had a huge success in preventing recurrence, but it has many drawbacks, including distressing side effects and the potential of a 1% death rate. It has been described as using a cannon ball to kill an ant. Targeted therapies require detailed knowledge of the type of cancer; an example is breast cancer. Around 25% of breast cancers are described as Her2 positive (human epidermal growth factor – a mechanism normally responsible for maintaining skin). Once a breast cancer is identified as Her2 positive, then a drug called trastuzumab (Herceptin) provides very effective treatment.

Cancer spreads as cells in the blood stream, and nine out of ten cancer cells can be detected from blood. However, they are often at only very low levels – typically one cancer cell in every ten billion red and white blood cells. imec has fabricated on-chip cell sorters. At the heart of the system is a device about the size of a microscope slide. In it a micro-fluidic channel layer is sandwiched between a CMOS layer of image sensors and a layer of micro heaters, and combined with an ASIC. The layers are made on 200 mm wafers using conventional CMOS and MEMS processing. As a blood sample flows through the micro-fluidic channels, the ASIC analyzes the images it receives from the sensors and instructs the heaters to blow interesting cells into a separate channel. From here, they can be retrieved for further analysis and identification and for use in research.

Cell sorting can also be used as a part of a program to take cells from a patient and, through DNA splicing, create cells that are then re-injected to work as a part of the body’s auto-immune system to fight a disease. At the moment, this treatment costs around $150,000 per patient, but it is already falling in price.

Another area where a “lab on a chip” approach is already proving successful is in non-invasive pre-natal testing. The standard method today of pre-natal fetal analysis of pregnant women for potential defects in the child consists of ultrasound scanning, blood screening – which has only 70% accuracy – and, finally, through taking a sample of amniotic fluid by puncturing the womb. In this last case, there is a very high risk of miscarriage – roughly three miscarriages for every 1000 examinations.

Next generation screening, the first routine clinical DNA sequencing programme, picks up trisomy 13 and 18 – both of which are syndromes where the baby usually dies before it is a year old – and Down’s syndrome, from the foetal DNA that is circulating in the mother’s blood. The procedure has 99.9% sensitivity and is now available for women in Belgium for Euro 390. Of course this opens up the debate as to what the parents should do when they discover that their future child will have Down’s syndrome.

Another speaker, Kriss Famm, VP of Bioelectronics R&D at GSK, looked at the potential for using electricity in the body for treatment through precise stimulation and inhibition of nerves. Already, high frequency electrical nerve blocking is used to treat phantom limb pain, and there is evidence that, for example, stimulating the vagus nerve can put rheumatoid arthritis into remission. This is still an approach in its infancy, and, while at the research level there is a lot that can be done to identify techniques that will work, actual deployment will require smaller devices and better sources of energy to drive the treatment.

Prevention of disease and keeping people healthy was the message from Hans Hoofstraat of Philips Research, and that includes not just the rich of the developed world, but also those in less developed regions. He gave an example of a low-cost portable ultrasound monitor that was easy to use by someone who was not clinically trained and that gave information about whether a pregnant woman was at risk during birth. He was looking for further projects of this kind.

Peter Piot is an example of those who actively promote ITF inclusiveness. As director of the London School of Hygiene and Tropical Medicine, he has a world view on health, and he argued that we all need to have that view. The Zika virus is just the latest in a series of successive problems that have had rapid international growth. Zika is spread by a mosquito that has a very wide range, and that also carries the dengue and chikungunya viruses. The flu virus comes in many forms, often driven from a reservoir of animals (pigs, poultry etc.), and the speed at which the viruses and other zoonotic diseases spread is being accelerated by a number of factors, including ecological and climate change, environmental pollution, changing agricultural practices, population growth, and, of course, the massive increase in international travel and trade.  But while the developed world is pushing high technology, the lesser-developed countries are seeing some amazing changes. A game changer in this is the smart phone, which, in its lowest-cost form, has amazing penetration even in the poorest countries.

One example is PEEK, which uses a smart phone with an app and a lens adaptor to carry out both conventional eye tests, using the phone screen as the test chart, and retina viewing through the lens adapter, to provide diagnosis of vision problems sufficiently early to prevent their causing blindness. Elsewhere tablets (no – electronic ones) with wireless connectivity are being used by people with a low level of training to aid diagnosis of a range of diseases. By connecting to the cloud – or texting experts – treatment can begin quickly and efficiently.

An interesting phenomenon is that while medical research in the developed world is driven by “big Pharma,” a lot of work on third world issues, such as malaria, is being driven by charitable foundations working with academic groups, which leads Piot to hope that precision medicine is becoming precision public health, where entire communities are protected from avoidable illnesses.

While the IoT, with its talking refrigerators and connected toasters, seems to be dominating a lot of discourse today, for me it seems that the work of using the wonderful technology that surrounds us to make the world healthier is vastly more important. What is more exciting – the driverless car or whole communities living without malaria?