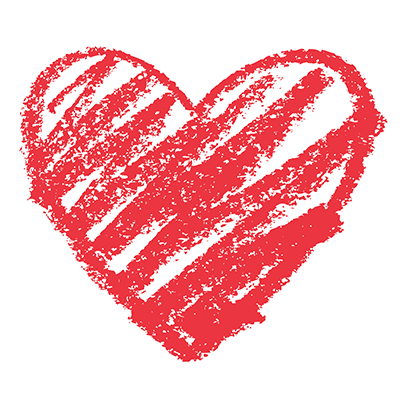 Trade shows are dead. Engineers are highly rational people, and there is no rational justification for squandering valuable travel budget, time, and other business resources to fly from goodness knows where to Austin Texas in June to attend the 53rd annual Design Automation Conference (DAC). Any information one could hope to gather about the latest wave of electronic design automation software could much more easily and efficiently be gleaned from countless online and other sources. With the entire week and thousands of dollars that each attendee blows on an annual DAC pilgrimage, substantial project progress could be posted. Disrupting that critical work schedule to spend time at something as superfluous as DAC makes no sense whatsoever.

DAC revels in not making sense.

DAC is an enigma, a paradox, a Lewis Carrollian descent into an illogical landscape of Lilliputian enormity. DAC simulates with nothing but Xs, it returns null pointers, it invites the attendee to plunge into a virtual pool of inter-dimensional chaos – where executives from multi-million dollar corporations wait in line to watch B-list magicians spew marketing schtick – in order to secure a chance to win obsolete tech gadgets whose boxes will never ever be opened.  DAC is a world where billion-dollar software companies engage in subterfuge that would make cold war spies proud, taking turns wooing a vanishingly small cadre of actual prospects while simultaneously playing intricate games of espionage and counter-espionage in a vain attempt to defend their intellectual property from prying rival eyes. DAC is the place where you simultaneously display and hide your latest innovations.

There is absolutely no reason whatsoever for anyone to go to DAC. And yet, for the fifty-third time, here we all are.

Fads do not endure for fifty-three years. Nothing remains popular for half a century simply because it is trendy or fashionable. To put DAC’s longevity into perspective, the first DAC convened about three years BEFORE Gordon Moore published the iconic “Cramming More Components onto Integrated Circuits” – giving birth to the idea of Moore’s Law. Think about that for a minute. The technology with arguably the biggest influence on Moore’s Law’s five-decade run understood its role long before Moore’s Law was even conceived. It’s remarkable.

To look at it another way – way back when the most complex silicon chips possible had a single-digit number of transistors – when primitive, state-of-the-art computers that occupied entire buildings were painstakingly built by hand out of discrete components, a small group of visionaries said, “Hey, in the future, computer software will be an essential tool for designing electronic components. We should make a conference for that.”

Without that vision, Moore’s Law would have stalled right out of the gate. Within the first few years, the complexity of ICs grew to a point where traditional, manual approaches to engineering would not scale. Today, even if every man, woman, and child on Earth were magically endowed with top-flight traditional engineering skills, the planet could not produce a single chip without the aid of today’s incredibly sophisticated design tool software. If not for DAC, today’s world-changing technology would simply not exist.

DAC does not make sense.

As an engineering conference, DAC is designed as a forum for EDA engineers to share the latest techniques and advances in design automation technology. Every important new placement, routing, simulation, verification, and capture algorithm of the past several decades was probably presented in some form at a DAC paper session. PhD students from every important design automation research university program in the world made their bid for high-flying positions by cracking the code of DAC’s discriminating technical committee and getting their papers accepted.

Ironically, for the past many years, the very EDA engineers for whom the technical program is intended have been largely barred from attending DAC. Since EDA companies view DAC as a trade show and a marketing vehicle, and since the budget for “DAC the Trade Show” is already unjustifiably huge just counting the marketing, sales, and booth support for the show portion, the idea of spending even MORE money so their EDA engineers can attend “DAC the Conference” – the premiere technical conference in their area of expertise – becomes fiscally distasteful. Plus, who wants their best engineers wandering the aisles of a conference, vulnerable to the siren song of competitive recruitment? Nobody – that’s who.

And the “Trade Show” portion of DAC is aimed at a completely different audience from the “Conference” portion of DAC – engineering customers of EDA companies, rather than EDA engineers themselves. That means the conference attendees have little reason to cruise the show floor, and the trade show attendees have little motivation to attend technical paper sessions. DAC has tried to correct this, of course. But the trade show is solidly the #1 in-person venue for EDA companies to take their annual shot at one-upping each other, and DAC the conference is stubbornly dedicated to furthering design automation technology.

As a marketing vehicle for EDA companies, DAC is probably the worst investment on the planet. The three big EDA companies (the only ones with actual distribution, sales, and support channels that reach the world’s big systems companies), all have enormous booths, carefully designed to show virtually nothing to passersby on the show floor. Instead, those who can prove beyond a shadow of a doubt that they are valid potential customers (and not competitive spies or journalists) are escorted discreetly into the catacombs of the booth, where they are treated to private demos and furnished with hors d’oeuvres and other refreshments in an attempt to prevent them from having time to attend similar super-secret presentations in the competitors’ booths.

The smaller EDA companies fill the remainder of the show floor with breathless ploys to entice traffic into their domains, hoping for that one big deal that will justify the extraordinary expense of placing and staffing a DAC booth. With the diminishing numbers of actual EDA prospects attending DAC, there are far more fishermen than fish, however. The best attention a small EDA company can realistically get is showing up on the radar of one of the big 3 as a future acquisition target.

Every year, people ask me “What’s new at DAC this year?” or “What would you see as the major themes in this year’s DAC?” I’ve attended 33 of the 53 DACs now, and my answer has never once changed. The major theme is always what Gordon Moore wrote: “Cramming More Components onto Integrated Circuits.” Nothing more. Nothing less.

If you tried to calculate a cost-per-lead based on the total spend for a vendor to attend the show versus the number of attendees who see each vendor’s demonstrations, the answer would cause heart palpitations in even the most generous of bean counters. DAC is not an equation. It is not a business decision guided by traditional marketing metrics. It is not rational. DAC is instead an affair of passion. It is a moral imperative. It is an event that is attended with the heart rather than the head.