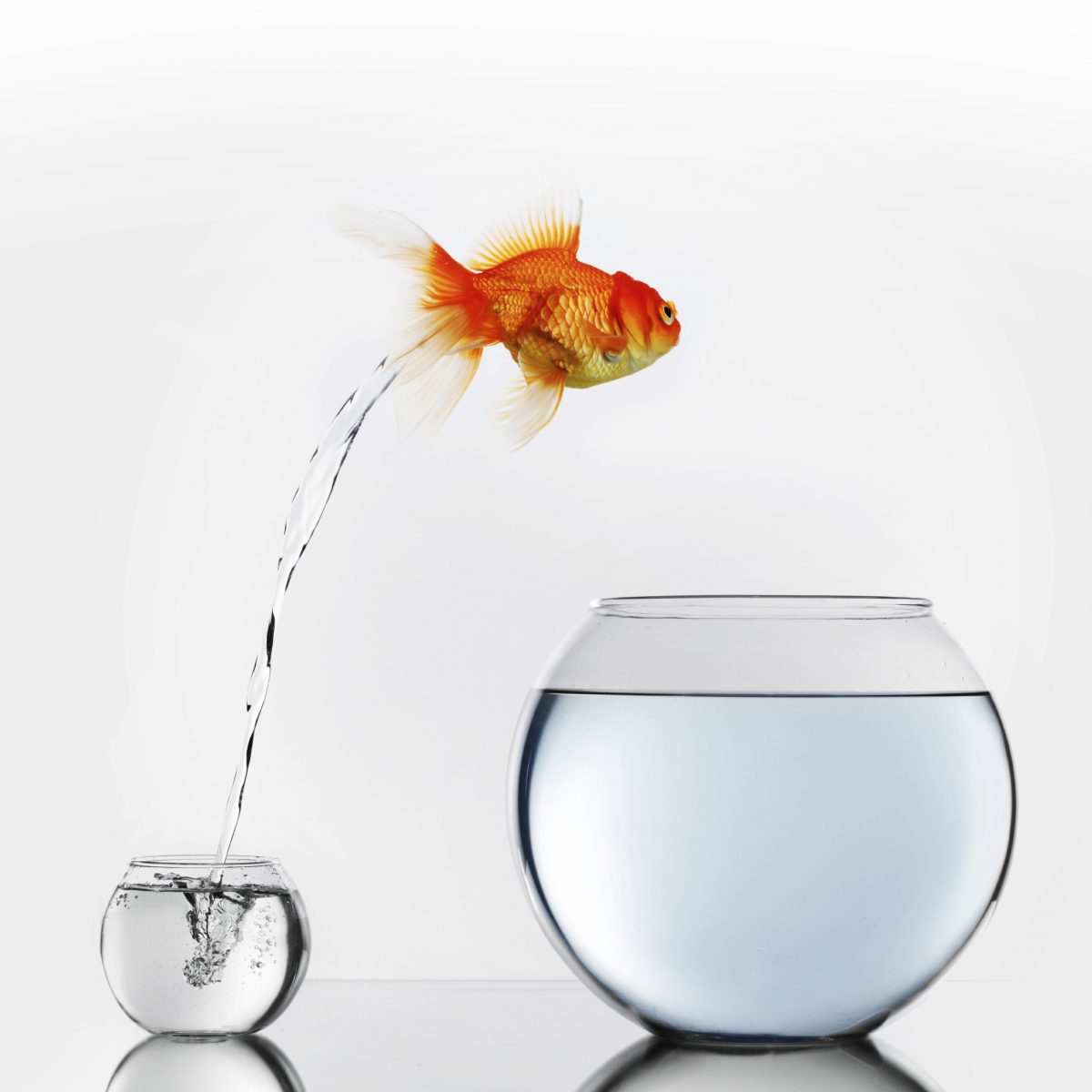 “Better to be a big fish in a small pond than a small fish in a big pond.“ – Anonymous

In biology, it’s known as a niche – a narrowly defined set of circumstances wherein a certain specific plant or creature can thrive. Outside of its niche, the beast in question perishes. Within its niche, however, it is king.

Marketers have hijacked the term, of course, and they use it in a vaguely pejorative way to describe limited market opportunities and conditions. A small-potatoes company is known as a “niche player,” while a specialized business opportunity is dismissed as a “niche market.”

But in the biological realm, a niche is exactly what you want. It’s a comfortable place that you can have all to yourself, without a lot of competition for food, or shelter, or mates. Biological life mutates and adapts until it’s perfect for its niche.

Which is how we get to the Lattice CrossLink pASSP. Like a taxonomic reference, each part of its name helps to describe the kingdom, phylum, and species to which it belongs. First, it’s a Lattice part, so that means it’s programmable. Probably some sort of FPGA, right? Well, sort of.

Then comes the CrossLink part. The interstitial capital tells you it was invented (or named, at least) within the last few years, when that sort of thing was in vogue. And that it probably has something to do with… linking? crossing?

Finally, there’s the pASSP name, which is completely indecipherable. We know what an ASSP is – that’s an application-specific standard product. So is this some sort of ASSP? You’re getting warmer… But what’s the initial “p” for? Ah-ha! It’s a programmable ASSP, right?

Ding! Ding! Ding! We have a winner! Tell them what they’ve won, Johnny. Why, it’s an all-expenses-paid trip around the new semiconductor device! The audience claps and shouts with envy.

What the Lattice CrossLink pASSP is, is the nicest piece of glue logic you’ve ever used. I don’t mean that in an unkind way. It’s a compliment. It’s the ideal device for stitching together other devices so that you can get your work done. It may not be glamorous, but it is useful. It’s found its niche.

And, because it’s programmable, the same pASSP device can be used in several different scenarios and several different ways. Let’s say you’re putting together an exciting new VR headset. You’ve got your two LCD displays picked out (one for each eye, natch), and you’ve got your application processor picked out. Uh-oh! The processor has only one video output, but you need two! Oh, no! What will you do?

Never fear, CrossLink pASSP is here. It specializes in multiplexing and demultiplexing inputs and outputs, so you never have to worry about mismatched I/O.

Or let’s say you’re designing a more pedestrian device with an image sensor and a single display, but the sensor outputs LVDS, while the display has a MIPI D-PHY interface. Once again, pASSP has got you covered. It can connect and convert between the two, no problem. Aren’t niches wonderful?

If you’re of a cynical mind, you could say that pASSP is just a glorified mux/demux. And that’s partially true, but what’s wrong with that? Sometimes that’s exactly what you need. Besides, there’s a lot more to this device than just the I/O wizardry; there’s also a fair amount of programmable logic inside. You didn’t think all that color-space conversion was hardwired-in, did you?

You could also argue that pASSP doesn’t add a lot of value to your design, at least not compared to something like a CMOS image sensor, LCD display, or image processor. All of those add real benefit; the pASSP just makes them all play together nicely. But without that glue, what good are the other parts? There’s a reason programmable logic shows up in so many applications.

Initially, Lattice’s pASSP is aimed at photo-, video-, and image-oriented devices. Its I/O ring and its LUTs are calculated to help with those kinds of interfaces and conversions. In the future, however, I wouldn’t be surprised if Lattice rolls out other specialized pASSP devices tweaked for networking or industrial interfaces. The concept is sound; only the specifics need adjusting.

The complaint with glue logic is space; nobody wants to dedicate valuable PCB real estate to a device that doesn’t add appreciable benefit. To allay those concerns, Lattice puts its new device in a remarkably small package that measures less than 2.5 mm on a side. With that, you get 36 contacts on a tiny 0.4 mm pitch, so be careful not to misplace it. You don’t get a lot of I/O with that option, but maybe it’s all you need. Somewhat more reasonable packages bond out more of the available pins.

Lattice is thinking that a lot of potential pASSP customers might not be experienced FPGA users, so it’s pitching the device a little differently from its normal wares. Even though it’s programmable like any FPGA, it’s also likely to be used for a very specific purpose, not as general-purpose logic. To make things simple, the company will provide canned design files that solve specific input/output/conversion scenarios. No thinking necessary, in other words. Just hook up the device, download the appropriate IP, and you’re on your way.

The pASSP fills a need, but is it a long-term solution? After all, how long can the market niche for LVDS-to-MIPI conversion exist? Isn’t that a very short-term problem that goes away as soon as the next generation of application processors, or display interfaces, or image sensors comes out?

Yes, and no. The specifics of today’s interfaces are fleeting, it’s true, but the underlying problem seems to always be with us. The rate of innovation is erratic, so as we cycle through designs and upgrades, we tend to upgrade a few chips, but not all of them at once. So the interfaces on these chips might change while the interface on those chips stays the same. They’ll never all be in sync, so there will always be a need to connect this year’s device to last year’s interface. Or so the reasoning goes at Lattice HQ. If they’re correct, they’ve found a viable niche.

6 thoughts on “The World’s Best Multiplexer”