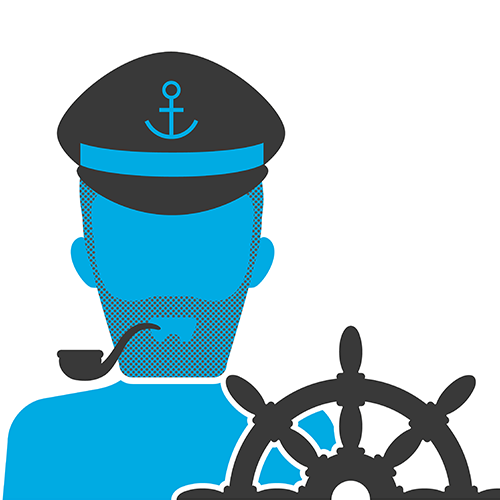 Intel’s Had Another Bad Year. How Would You Fix It?
by Jim Turley

“Nobody goes there anymore. It’s too crowded.” – Yogi Berra

It’s earnings season again, and that means another round of bad financial results and job cuts from the world’s best-known chipmaker, Intel. The company announced last week that it would lay off about 12,000 workers over the course of a year, amounting to a draconian 11% cut in headcount.

Look around your cubicle farm. Now imagine one cube in nine is empty, as if by alien abduction. And you get to pick up the slack.

There’s nothing much we can add to the headlines or the hand-wringing about how the darling of Silicon Valley is now potentially past its prime. The company’s not in a death-spiral. It’s not all that grim, and upper management is saying all the right things about “transformation” and “execution.”

So… what would you do in their position? If you were Supreme Dictator for Life at Intel Galactic HQ, how would you manage the company? Would you follow the same path that CEO Brian Krzanich is following, or would you do something radically different? Clearly, something has to be done. But what, exactly?

Here’s the financial background you have to work with. Intel generates its revenue from three primary sources: chips for PCs, chips for servers, and chips for embedded devices (aka Internet of Things). So it’s all chips, all the time. Of those three major groups, the PC group – which your relatives probably think is Intel’s only business – raked in $7.5 billion last quarter. (That’s more than $81 million per day, just for fun.) That figure is about even with the same quarter from last year, but it’s down 14% from the immediately previous quarter. So you’ve dropped a cool $1 billion in revenue in three months. Not cool.

In the second category, chips for servers, you brought in $4 billion. That’s about half of what the PC business makes, and it’s also up a bit from last year but down from the previous quarter. In other words, things are heading in the wrong direction there, too.

Finally, your embedded/IoT division made just $0.650 billion, so it’s less than one-tenth the size of the PC business. On the other hand, this segment is growing, up 4% from the previous quarter and up 22% from a year ago. Go Team IoT!

Overall, that adds up to a $13.7 billion quarter, of which $2 billion was pure profit. So for all the doom and gloom, you’re still printing money. Just not as much of it as your shareholders would like. Your financial minions are predicting $13.5 billion for next quarter, so the tea leaves are trending slightly downward.

Looking out from your vast corner office, you first notice the obvious stuff. The PC business is definitely headed south unless you, Microsoft, or somebody else pulls a rabbit out of their hat and unexpectedly rejuvenates that whole product category. PC shipments have been skidding for six straight quarters, with no bottom in sight. As head of Intel, you were probably hoping that Windows 10 – which is actually pretty good – would jumpstart a global round of PC upgrades, but that doesn’t seem to be happening. People are sticking with the PCs they already have because there’s no compelling reason to upgrade. Instead, they’re buying new smartphones, which don’t use your chips. Whatcha gonna do?

Making faster PC processors doesn’t seem to appeal to anyone. PCs are already fast enough, and making them go even faster just means burning more power and dissipating more heat – not compelling selling points when the customer is standing in the aisle at Best Buy. So that game is played out. It was nice while it lasted.

What PC owners do upgrade is their graphics cards, but that doesn’t help you. Archrival AMD makes graphics chips; so does cross-town competitor nVidia. But those two have the GPU market sewn up; all you get is the lousy built-in motherboard business. Unless you acquire nVidia or develop some amazing new GPU on your own, you’re locked out of that business. Move on.

How about making today’s x86 chips smaller and cheaper? Maybe reposition them as embedded/IoT processors? Intel has done that before, but with very limited success. The problems are both technical and commercial. For one, the x86 architecture is insanely complex compared to (relatively) modern embedded CPUs, so it will always require more circuity and burn more power. Some of that difference can be swept under the rug, but not all of it. So there’s a built-in technical handicap. More importantly, selling your PC processors for embedded applications means slashing prices, and your shareholders are not going to like that one little bit. They’ve grown accustomed to Intel’s phenomenally high profit margins (see: $2 billion per quarter, above) and will storm your glass-enclosed fortress with pitchforks if you suddenly decide to adopt bargain basement pricing. So the prudent path would be to let the cash cow die of natural causes rather than slaughtering it for beef.

What about the server-chip business? That’s an area where AMD (remember them?) and ARM (still keeping you awake?) don’t seem to be making much headway. You’ve got the high-performance, high-profit server market almost to yourself, with chips that cost upwards of $1000 apiece. Life is good in server land, and all this talk of cloud computing makes it look even rosier. If you can stay on the performance-upgrade treadmill, you should be golden. Let’s just hope that Google, Amazon, et al. keep upgrading their servers in exactly the same way that PC owners don’t.

Finally, there’s the IoT segment. Everyone says this is a big deal, but you might not be convinced. Intel has dabbled in the embedded market before, and it’s never ended well. You’ll toss a few outdated PC processors into the bargain bin every few years, but then cancel them later when the sales figures don’t add up. Embedded designers get gun-shy about adopting your chips, nervous that the supply will dry up 12 months later. Besides, the profit on embedded chips isn’t all that great, and every customer is different, which makes support a headache. Why can’t everyone just build generic PCs?

Perhaps if you directed your engineers to develop some new CPUs specifically for embedded application you’d have a viable product line. You’ve got an old ARM license (shhh – nobody’s supposed to know) so you could always go that route. But how would your Intel-branded ARM chips compete with everyone else’s ARM chips? There’s the cachet of the Intel brand name, of course, plus… uh… let me think.

How about a combo ARM/x86 processor? It would be the best of both worlds! Or the world’s weirdest hybrid monster – hard to tell which. AMD is already working on something similar, based on its ARM license and the x86 technology it licensed from you ages ago. You could take a wait-and-see approach, letting AMD test the waters first. If its hybrid chips are successful, you could swoop in with your own equivalent devices. If AMD fails, well, no tears in Santa Clara.

Where does Altera fit into all this? That acquisition cost you a boatload of money, but it’s too early to tell whether (or how much) it will contribute to the bottom line. It’s a good strategic fit for the server business, given how much that world prizes acceleration and custom solutions. Besides, FPGAs are ridiculously high-profit devices, which keeps the shareholders happy and your office fridge stocked with Cristal.

Software? There’s Wind River, which has long been a force in the embedded space. It’s also a high-margin business, at least by the low standards of embedded RTOS vendors. It contributes almost nothing to the financials right now, so maybe it’s more of a strategic foothold. If you could establish Wind River as the de facto standard for IoT, that would put you in a great position to be the next Windows, Linux, or, uh, Intel. Get some people on that right away.

Then there’s the backend stuff: your manufacturing capacity. Some of your court advisors say that it’s the real gold mine. Forget that x86 stuff; the fab lines are the real crown jewels of Intel. You could reposition the company as an American version of TSMC, fabbing parts on demand for all sorts of customers. Rule #1 in the production business is to always keep the factory assembly lines full, because nothing depreciates faster than unused fab capacity. If you can’t fill the production lines with your own products (which seems increasingly likely), fill them with someone else’s. After all, Intel commands some of the best semiconductor-manufacturing technology in the world. A lot of third-party fabless chip vendors would pay a pretty penny for access to those fab lines. It’s worth a thought…

Or you could go play golf and let all of this play out on its own. After all, you’re sitting on a metric ton of money, you’ve got a global distribution network supplying thousands of loyal customers, and you command some of the best technology in the land. Just like Burroughs, Control Data Corporation, NCR, Amdahl, and Data General did.