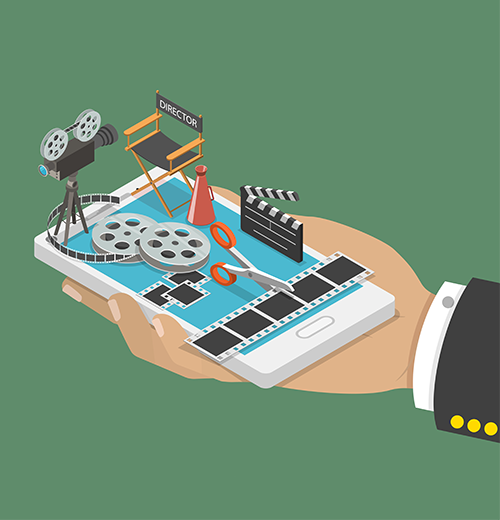 Over the past few years our mobile devices have gotten smaller, sleeker, and more efficient. From smartphones to laptops to tablets to a plethora of more specialized devices, the form factors have streamlined and the mobility factors have improved dramatically.

Except for the cables.

It’s gotten to the point that the cables, chargers, plugs and adapters we have to carry around to operate our fantastic the-future-is-already-here gear are bigger and clunkier than the devices themselves. Of course, wireless has been rushing in to take up the slack wherever possible, but there are a few things that aren’t being wireless-ized at quite the same pace as the rest of the technology. We are talking here about the terrible trinity: power, USB, and video.

Luckily, USB type C is making its way onto the scene as a reasonable way to cable up all three of those functions in one. And Lattice Semiconductor is betting big on the trend. For those of you who know Lattice as an FPGA company, this may seem confusing at first. “What do FPGAs have to do with a mobile device USB standard?” we hear you ask.

The answer is “not too much,” and that highlights the clever way the semiconductor company is re-forming itself from a simple chip vendor to a silicon solutions supplier. You may have noticed a few months ago that Lattice acquired Silicon Image, a leading developer of video connectivity solutions. You will also remember that the company acquired FPGA startup SiliconBlue a few years back. SiliconBlue specialized in tiny, ultra-low-power programmable logic devices designed for mobile applications.

Following the SiliconBlue acquisition, Lattice began to make a major move into the mobile market. Rather than just hawking “do-anything” FPGAs, the company targeted specific applications in key problem areas of mobile devices and won a considerable number of high-volume sockets in smartphones, tablets, cameras, and other battery-powered portables.

The technology from Silicon Image helps take advantage of those FPGA wins to expand Lattice’s foothold in the portable domain, and one place all that stuff conveniently converges is in USB Type-C. For those who haven’t had the briefing, USB Type-C improves on USB in several important areas. First, it can deliver up to 100W (5A at 20V for PD-aware devices) charging power so it has the capacity to act as a power source for more than just tiny portables. The power flow can be bidirectional, so two devices can negotiate to decide which will be the supplier and which will be the consumer on the power connection. In fact, the devices can conceivably change roles in real time, allowing for the possibility that your laptop and smartphone could one day learn to dance a deadly duet that permits them to run out of juice at EXACTLY the same time.

Second, the plug is symmetric, so it doesn’t matter which way you plug it in. Let me say that one more time: It DOES NOT MATTER which way you plug it in. If we added up all the time that has been wasted worldwide trying to stick USB cables in upside down and fussing with flipping them over, even at minimum hourly wages, we are talking about billions of dollars of lost productivity. USB Type-C could give the economy an enormous boost with that one feature alone.

Third, of course, USB Type-C has much higher data rates than previous USB standards. How much faster? Enough faster that we went from 1.x to 2.x to 3.x to … C. That’s right. It’s so fast now it’s gone from numbers to letters. We don’t even have a number for it! (OK, that’s a lie. We do have a number for it, and that number is 5Gpbs or 10Gbps – exactly like USB 3.1. And, while we’re coming clean, USB Type-C is a standard for the 24-pin physical connectors, and it can support standards like 3.1 and 2.0. It’s not actually a different flavor of USB – it’s an improved, smaller, cooler, two-way-ier connector.)

Fourth, USB Type-C has what it takes to be a viable (and extremely flexible) standard for video connectivity. (This is where the Silicon Image technology comes in.) Let’s say for a moment that your smartphone becomes even more the center of your digital universe than it is today. Let’s say you’d like to plug it into a 4K UHDTV and use it as a DVR/Tuner (You have cut the cord already, haven’t you?) Or, let’s say you want to plug it into a dumb terminal setup and use it as the brains of a desktop or laptop computing setup. Sound far-fetched? Think about the speed, performance, and storage capacity of today’s best mobile devices. If the OS provided a facility for a larger-screen windows-based interface (which already exists today), you might choose to consolidate your data into one device and just plug it into whatever form factor you’re working with at any given moment.

Lattice is offering a new suite of devices, reference designs, and development kits to attack every aspect of this scenario. But, before we can get into that, we need to sit down and discuss where video connections come from. You see, there are 10 conductors in the USB Type-C standard designated for “Alt modes.” If two USB Type-C devices love each other very much, and they have a PD connection, they can negotiate a use for these “Alt modes.” Some Alt modes are even standardized, which hurts their “Alt” street cred a bit, but bear with us. Standardized Alt modes include SuperMHL, Thunderbolt, and DisplayPort.

OK, now we’re ready. Lattice and MediaTek are announcing a complete phone reference design and accessories for mobile OEMs/ODMs to enable 4K UHD video-out using a USB Type-C connector. So, all that stuff we mentioned earlier about connecting your phone to stuff and delivering 4K video? Here it is. Using Lattice’s Sil8348 and Sil7033 and a Helio-x20 media processor from MediaTek, you can enable your next mobile design to push 4K up USB Type-C.

Lattice has found a nice market for itself by morphing from a “me-too” FPGA supplier tilting at the Xilinx and Altera windmills to a leader in mobile technology. There are rumors of potential suitors for Lattice rolling around the internet right now, so it will be interesting to see how the company’s strategy and positioning affect its ultimate destiny