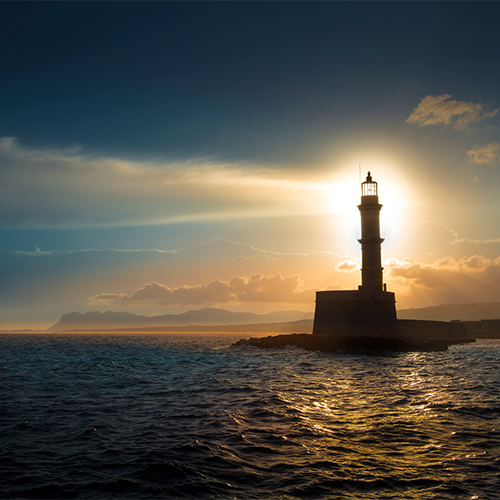 Malls are increasingly abuzz with electromagnetic chatter. It’s the beacon thing, adding to the already healthy (or un-) level of EM waveage contributed by our phones and other gadgetry. And, in fact, that’s kind of the point.

Beacons can, at the very least, put signals out there that assist with indoor navigation, although that’s not where we’re going today. They can also be used for marketing via loyalty apps. If a customer is inside the store with the app running, the beacons help figure out where the customer is. When he or she is in front of the perfume counter, it can send a coupon for the coveted heirloom, grass-fed maple bacon parfum d’amour “Porkée No” that’s been creating such a sensation lately.

If you’re a retailer and you want to avail yourself of such technology, you need to invest in a flock of beacons. Bluetooth Smart is typically leveraged for this, since it has an advertising mode that doesn’t require pairing. So it can blare out a message across many channels without needing a response. The loyalty app can detect the signals and, with the help of a store map, figure out where the customer is.

One you have your beacon hardware and your app, you need to set the whole thing up. And this is where RX Networks says that things are inefficient. A beacon normally comes with a phone app; you go to each beacon and get it running.

That’s OK if you’re a small, independent company or a franchise doing things on your own. But let’s say you’re a global perfume conglomerate, Eau de Humanité, and you want to manage your many, many retail outlets from the comfort of your hindquarters at headquarters. Can’t be done: you have to go out there. Or hire someone.

Then there’s another problem: some of these beacons have a tendency to migrate. In some cases it’s intentional: you might be trying to track a mobile kiosk that you use to assault spray gently waft perfume samples on people walking by. Or, someone might have moved one of the beacons without resetting its internal location. Or heck, the battery might have died and it’s simply disappeared off the radar.

Point being, this is all manual stuff, and, if things go awry, it’s also manual to notice and fix, or else the system will work poorly or not at all. And remember, this is technology. You know the look those folks at the hotel front counter give you when you say the hotel WiFi isn’t working? That look that says, “Why are you bothering me with technical mumbo-jumbo?” as they go pull the plug and plug it back in again? That look will probably be summoned frequently by the retail folks when the beacons are messed up, since they’re not hired for their technology skills.

So RX Networks is releasing the first part of a system named Fathom. The intent is that this stuff can all be managed either automatically or remotely.

Its first release is the hub, due out Q2 of this year. With a hexagonal shape, it sends signals in all directions and listens for Bluetooth beacon signals. It can recognize Apple’s iBeacon and Google’s Eddystone signals. In theory, you could use a single hub to, effectively, beamform to figure out where various beacons are. But that’s not really the intent. Better accuracy and coverage come from using several hubs strategically placed. 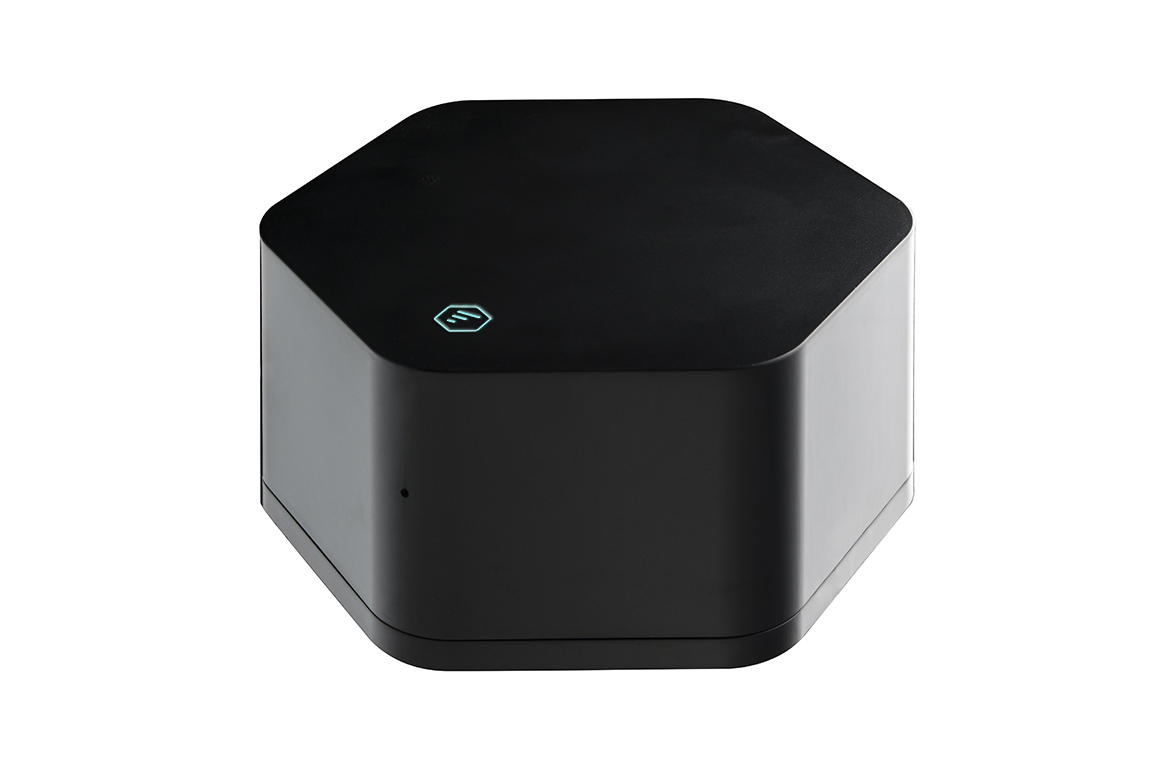 These hubs carry on a sotto voce conversation with each other, conferring to compare the signals they’re hearing in order to place the beacons they detect on a map. Of course, that works only if the hubs are secure in the knowledge of their own position, and, as we’ve seen, that’s not always a fair representation of reality.

I can hear you now: “How the heck can they use GPS reliably from indoors??” And that’s exactly what I wondered. I mean, if they just have a super sensitive antenna or something, then they would also have solved the indoor navigation problem. But, of course, it’s not that simple – and it is kind of interesting.

It turns out that GPS signals are detectable indoors – even as many as three stories down in a basement. The thing is, though, it’s not a good, constant, reliable signal. It’s more like snippets of a signal that come and go. So what they do is they feed these snippets up to the cloud, which “integrates” them, if you will. It might take several minutes; it might take a couple hours, but over time, it can get a fix based on these fleeting connections with GPS.

This works only because they’re establishing the location of hubs, which are intended to be static infrastructure. Once the hubs have located themselves, then they can locate all of the beacons around them – including the ones that are moving – because they’re not relying on GPS for that.

This is why they’re not solving the indoor nav problem. If you had to wait minutes or hours to get a fix on your phone in order to navigate, well, you wouldn’t be moving very fast. So those of you working on that problem, well, you didn’t just catch a break. Keep working.

The hubs also assemble analytics for use by customers. And this gets into some interesting territory. They have what they call “specific” customers and “generic” customers. The former use the Fathom equipment and get access to their analytics in detail via an app. But you can also buy the analytics without investing in the hardware; that makes you generic.

The thing is, the hubs don’t hear only beacons; they hear any phones that have an active Bluetooth session. Walking by the store with your FitBit talking to your phone? It hears – and logs – you. So there’s a degree of richness to the data gathered that they think will be of value to generic customers.

And those analytics present some interesting possible opportunities. Granted, the information gathered is limited: the kind of device (phone, FitBit, etc.), “dwell” time (how long the signal was in range), etc. It does not capture the MAC address or anything that would identify a specific individual, so there should be no privacy issues. (Although any loyalty apps will gather that information – this is only about the hubs scanning the environment.)

There’s an API that allows you to write applications that consume this gathered data. And it occurred to me that, although this isn’t really the intent, you could do some sleuthing of the competition with this. If you gathered the analytics from a competitor, given all of the evolving machine learning capabilities, I’m pretty sure that you could look at the pedestrian traffic, filter out the short-dwell-time data (presumably people walking by the store, not going into the store), and then get a sense of how many people are entering the store and how long they’re staying there.

It won’t be an absolute number, since only phones with active Bluetooth sessions will be noticed, and that’s not everyone. But if you did this on a regular basis, you could track trends: Is traffic up? Down? Of course, you can’t tell whether people made a purchase, so that’s why it’s limited. (Although, if you knew where the cash register was and detected people spending time there, maybe you could…) Regardless, I’ll just bet some market analysis company would love to have access to something like this.

Point being, there are interesting things that might be done with all that data, even if you’re just a generic customer. And it illustrates that there’s a gray area between specific, low-level personal data and general, anonymized, high-level data. RX Networks claims this to be high-level, and yet there are lowish-level things that you may be able to do with the data.

Coming back to the hardware, the hubs are the first wave of release. In the second half of the year, they’ll also launch their own beacons. Exactly what those beacons will do as compared to any old beacon remains to be seen.

One thought on “Managing Beacons from Afar”