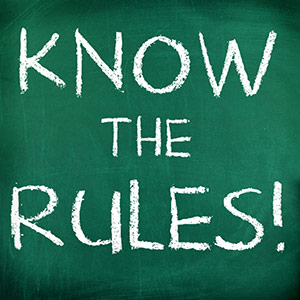 Getting Creative with Standards

How Much Does Standardization Straitjacket Your Work?
by Jim Turley

I saw a click-bait headline the other day that suggested that engineering standards were reducing developers’ creativity. It didn’t have its desired effect – I didn’t click through to the article – but it did make me stop and think. Do standards limit creativity?

Yes, and that’s a good thing. Frankly, I don’t want network developers getting creative with packet protocols; TCP/IP works just fine, thank you. I’m glad that QWERTY keyboards all have the same key spacing (on full-size keyboards, anyway). Heck, I’m even glad for the awkward QWERTY layout itself; no Dvorak for me, please. Cars all have the same GUI (steering wheel, pedals, etc.), as do airplanes, boats, and skateboards. Back when I had a real job, I was thankful for the regular 0.10-inch spacing on DIP pins. Standardizing on the power/ground pins in the corners was nice, too.

In short, there’s a lot of room left for creativity even in a standards-based world – a lot of room. Painters don’t seem constrained by the limitations of watercolor or canvas. Photographers seem to make do with silver halide and/or RGB pixels. Musicians (Western ones, anyway) tolerate the well-tempered scale. It’s amazing to think that Johannes Brahms and Jimi Hexdrix both used the same musical scale, though to slightly different effect.

Consider the Library of Congress. Everything there was written using the same 26 letters.

Standards allow us to stop thinking about problems that have already been solved and start thinking about new problems. We all build upon the previous work of others, standards-makers included. Before 1820, machine threads on bolts, screws and nuts weren’t standardized, which meant that you had to buy your hardware from the same guy who built the machine. Got a Brand X threshing machine? Better be sure to get Brand X nuts and bolts to repair it, or they won’t fit.

It was Cadillac that first demonstrated an automobile with standardized and interchangeable parts. To much astonishment and acclaim, company representatives disassembled a few perfectly good cars, randomly swapped the parts around, and reassembled them. And it worked! Amazing.

Quick: What does black, brown, red, orange, yellow, green, blue, violet, gray, white make you think of? No bonus points for adding gold and silver. To an electrical engineer, that’s a standard resistor color code, while to non-hardware types, it’s just a collection of colors. (“What? No mauve?”) It’s all a matter of what you know, how you see things, and what you’re trying to accomplish. Changing that particular standard isn’t likely to make anyone’s system work better. Unless you’re deliberately trying to obfuscate your component choices, that is. Or frustrate future repair attempts.

Which leads us to whiskey. I recently received the gift of a bag of rocks. As in, stones. Square ones. They were granite, I think, but I’m not an expert in mineralogy, geology, or uh, rocky things.

Unwrapping the package, I couldn’t help but think of Charlie Brown at Halloween – “I got a rock” – but that reaction didn’t seem quite appropriate here. Sensing my confusion, the gift-giver clarified. “They’re whiskey stones. You freeze them and then put them in your drink. They chill it without diluting it like ice would.” Ahhh, now I get it.

With a few words, a bag of rocks was transformed into a useful and practical tool. The rocks hadn’t changed, of course; only my perception of them. I could see the rocks; I could examine them, weigh them, test them for hardness and so on, but I’d never really “get” what they were for without an explanation. It’s all in the perception.

The lesson in this is the value of marketing. Include in that advertising and good documentation. All words that make you and/or your customer change their view of what they’ve got and what you’ve made. Is it an oversized PC with big fans and a free operating system? No, it’s a Linux server that will host your company’s web presence! Is it an LCD screen with some flash memory taped to the back? No, it’s the latest $800 smartphone!

You’ve developed the world’s slowest and buggiest interpreted programming language? No, we’ve unleashed a best-in-class platform-independent platform for platform development. You see? It’s all in how the customer perceives the product.

Here’s another example. Imagine a device that is hollow, about the size of a water bottle, and includes a CMOS camera, a piezoelectric pressure transducer, a real-time clock, a wireless interface, and (of course) a companion app for iOS or Android. What is it?

Of course! It’s the RemoPill, a smart pill box that uses its internal weight sensor, camera, and RTC to make sure users take their medications on schedule. All thanks to standards. And to some much-needed explanatory material. You’re welcome. Go out there and innovate.

One thought on “Getting Creative with Standards”