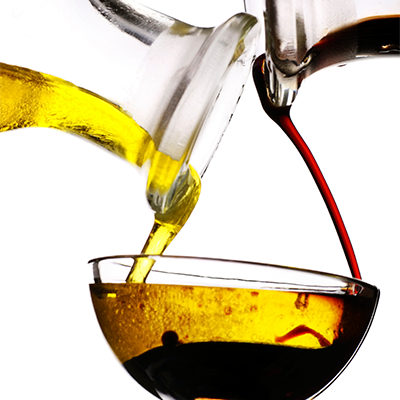 Where will next decade’s innovation come from? Will it spring from secret labs buried deep in the bowels of multi-billion-dollar corporations? Will it bootstrap itself into existence from venture-funded startups built on foundations of perfectly executed PowerPoint presentations? Will it Kickstart to life in the garages and workshops of over-achieving makers? Will it be the result of carefully and professionally engineered solutions to well-defined problems, or will it stumble into the light on the wobbly legs of a blind flash of pure creative inspiration?

Microchip and Atmel would seem to have a lot in common. Both companies sell lines of microcontrollers and other assorted components that populate an enormous range of products – mostly hovering around the edges of the emerging Internet of Things (IoT). Their microcontrollers give the “smart” to smart devices, allowing us to craft software that endows our creations with a level of intelligence that would be otherwise impossible. Their connectivity solutions allow our systems to chat productively amongst themselves. Their analog and real-world interfaces safely connect our tidy digital domains to the ill-behaved analog universe.

It would seem, from a product perspective, that the two companies are cut from the same cloth.

From the customer side, however, there is a stark difference between these two companies which are poised to become one. Microchip is the stoic traditionalist. Their outward-facing persona is one of datasheets and part numbers, a clearly catalogued environment where professional engineers can rapidly select and proof parts to fit into their projects. Their vibe is clinical and industrial. They are a no-nonsense, bare-bones, nothing-but-business industrial component supplier.

Atmel, on the other hand, puts on a face of vision and passion. They are all about the applications and the inspiration. Sure, they sell components, but they want you to come into components through the side door. They want to tease your muse with tantalizing tidbits of engineering amuse bouche. We’ll get to the microcontroller course later, in good time.

How will these two solid citizens of the semiconductor industry play together? Will they spar and spat like dysfunctional siblings? Will the culture of one overpower the traditions of the other? Or will they emulsify into a rich fusion of the two like a fine vinegar and oil dressing, with just the right blend of savory and acid?

From a microcontroller perspective, both companies have huge installed bases and legacies of innumerable software applications developed specifically for their platforms. It is highly unlikely that the merger of the two companies will result in a consolidation of microcontroller families. The value of each company’s portfolio in isolation is far higher than any superset of the capabilities could ever be. Microchip’s PIC processors and Atmel’s AVR processors each define successful beachheads against the ubiquitous ARM juggernaut. The MIPS architecture employed by PIC is standard in a wide range of applications such as set-top boxes. Atmel’s AVR is the magic in the millions of Arduino kits out there educating the next generation of engineers and entrepreneurs.

Atmel’s SAM processors embrace the ARM overlords and will give Microchip a solid (and perhaps much needed) foothold into the den of the oppressors. While neither AVR nor PIC is showing signs of falling off the map, it is often good to have a “join ‘em” option readily available if your “beat ‘em” strategy starts to falter. In any event, the new combined company would be well advised to make development environment a major priority, as the sheer momentum of the ARM ecosystem has created a compellingly robust development suite for that company’s processor architectures. Maintaining a solid, user-friendly, capable tools suite that will keep pace with what is happening in ARM land is no small task, and, increasingly, the quality of the development environment will be a driving factor in choosing a processor for new projects.

Both companies have rich offerings that extend well beyond their microcontroller flagships. Atmel has made an impressive show in touchscreens in recent years, becoming one of the most innovative suppliers in that rapid-growth realm. The company has also forged a unique identity in the maker and hobby market, which is a bit like purchasing thousands of lottery tickets in PowerBall. Makers and hobbyists don’t constitute the most lucrative segment in isolation, but you never know when one of your maker customers will explode into the next Nest or Oculus and bring you along for the ride.

Microchip has always been strong in the analog and ADC space as well, bringing a fusion of their digital and analog competencies to a well-differentiated set of offerings to accompany their MCUs on your BOM. Merging the two companies’ portfolios in areas like wireless connectivity, sensors, and other peripheral lines should yield some efficiency and synergy over their separate programs.

We believe that Atmel’s merger with Microchip makes more sense than the previously announced bid by Dialog Semiconductor. While the two companies may have curious cultural differences, the product and market fit between Microchip and Atmel seems stronger and the identity of the merged company easier to define. As we waltz into the era of IoT, a combined Microchip/Atmel should be well positioned to attack the edge nodes of the IoT – in competition with the TIs and NXPs of the world.

It will be interesting to see if there are opportunities that can be seized by the combined company that would not have made sense for them separately. Perhaps a new generation of MCUs will emerge that will bring the kind of cult-pleasing differentiators that has fueled the PIC vs AVR feud all these years? Perhaps the combined resources of the two organizations will offer a more defensible ground from which to lob attacks at ARM? Maybe the two will be able to create a more credible combined development platform than either has produced on its own?

And what about the cultural identity of the new entity? Will the two organizations remain in their own cultural silos, or blend into some hybrid of Microchip’s all-business stoicism and Atmel’s hipster-nerd charm? It’ll be an interesting transition to watch.