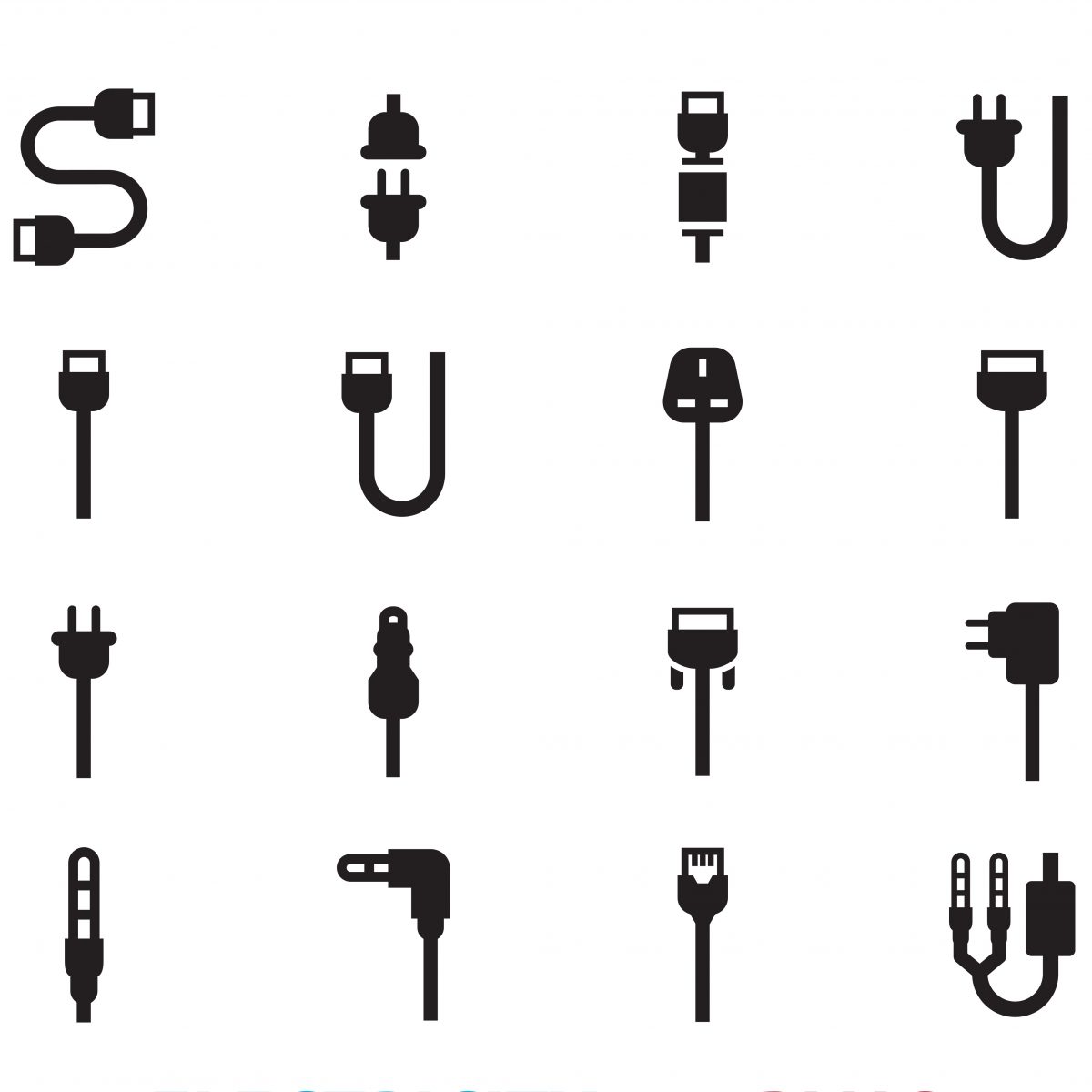 When Things Get Weird

When is the Right Time to Ditch the Standard and Go Your Own Way?
by Jim Turley

“When the going gets weird, the weird turn pro.” – Hunter S. Thompson

Speaking of standards – what, you didn’t memorize last week’s column? – there comes a time when you have to leave them behind and blaze your own trail. Maybe. Sometimes. I think.

By now, you’re probably surrounded with USB cables. You use them for charging your phone, for downloading images from your camera, for linking to your game controllers – and for a dozen other uses. USB cables are ubiquitous and, thankfully, they connect to just about everything without any fuss. A true marvel of standardization. The hardest part is figuring out whether that rectangular Type-A connector goes right side up or upside down.

Almost as universal are those cylindrical DC plugs that come on the end of AC adapter cables. You know, the kind that probably plugs into the back of your modem or wireless router? They almost always carry +12VDC or something thereabouts, with the positive terminal in the center and the negative half on the outside. They’re not quite interchangeable with each other, but they’re pretty close. Like a lot of nerds, I’ve accumulated a bunch of these “wall warts” and keep them all in a box, just in case I can’t find the proper factory adapter that came with some gizmo.

But then there are the exceptions. The devices that eschew, for no apparent reason, the familiar and universally adopted standards. The companies that blaze their own trail, seemingly just because they can. The ones that annoy us just for the sake of annoying us. What’s up with that?

I noticed this when I moved a roomful of electronics to another location. Out came the TV, the PlayStation, the DVD player, the Wii, the TiVo, and a handful of other AV-related gadgets. Unplug them all, pack up the loose pieces, move them all around, plug them back in – you know the drill. It’s oddly therapeutic, and gives you a chance to finally reassign all those AV inputs that were bothering you. But I digress.

Most of the equipment had bone-standard modular AC power cords. But the exceptions were the video games. Sony, Nintendo, and Microsoft evidently all have a thing against AC-adapter standards. Unlike everything else, their devices had custom (and frankly, kind of weird) plugs on their adapters. And that’s because… why?

It’s not as if these adapters were producing weird outputs and needed to guard against accidental confusion with “normal” power adapters. They’re not outputting gamma rays or anything. Indeed, the Nintendo adapter says right on it that it’s producing 12VDC. So what’s the big deal? Why not use a generic, run-of-the-mill 12V adapter like everyone else in the world? One that I could replace easily if I lost the genuine Nintendo version?

You might jump to the conclusion that it’s all an evil scheme to squeeze more money from consumers. If so, you’re either very cynical or an Apple iPhone customer. Possibly both. But that logic doesn’t stand up to scrutiny. Nintendo (like Apple) includes its nonstandard cable when you buy the product. They throw it into the box for free – so, except for aftermarket sales of replacements, there’s no financial incentive for the company. Indeed, there’s a small disincentive, since Nintendo (like Apple, Sony, and the others) now has to design and manufacture an oddball power source just for that one product.

I think the actual reason is to reduce costs. You see, Nintendo is dealing with a consumer audience. One that’s global and where the majority of customers probably aren’t very tech-savvy. Where people are unlikely to rummage through their junk drawers looking for a compatible AC adapter with the proper plug size, polarity, current rating, and voltage output. Some segment of Nintendo’s customer base can barely be relied upon to plug in the box at all.

So the company takes steps to improve the “out of box experience” and reduce tech-support calls. If the AC adapter is peculiarly shaped and only fits one way, it can’t possibly be confused with another, similar wall wart on an adjoining piece of equipment, and the company won’t have to deal with the 5% of customers who screw up their brand new game console by plugging it into a 24VAC power source and summoning the magic smoke genie.

AC cords don’t have this problem. AC outlets are all standardized (within national boundaries, anyway). Likewise, AC voltage and current specifications. If the plug fits, it’ll work. So there’s no technical or commercial need for vendors to design their own nonstandard AC cords. They benefit from economies of scale and we benefit from an endless supply of interchangeable cords. DC adapters, of course, are a lot more squirrely.

The same goes for data cables, like CAT5 for Ethernet. Or USB, for the most part. The RJ-45 connector at the end of a cable screams “Ethernet” to its target audience. You can even use the same cable whether you’re using Power-over-Ethernet (802.3af) or traditional unpowered Ethernet. Amazingly, it won’t fry anything. And Sony uses generic USB interfaces and all-purpose cables for its PlayStation controllers because, why not? Here’s a case where consumers can’t screw anything up, so Sony doesn’t have to worry about asking frustrated customers, “Did you use the correct $40 cable we sent you?”

I spent many years of my career in technical support, so I got a taste of how creative some customers can be. The fewer potential landmines you place in their path, the happier everyone will be. If that means designing and shipping a simple power supply with an unusual connector, so be it. It’s not that the power supply itself is unusual and needs special treatment. Sometimes, it’s the user you have to watch out for.