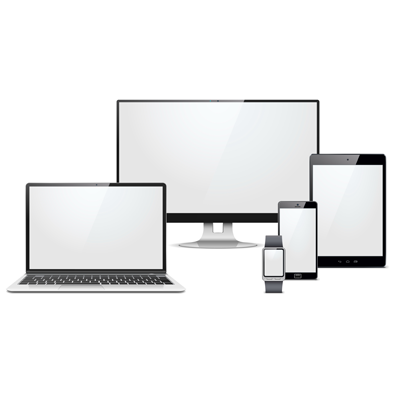 Living in a Multi-Screen World

What is a K or k? If you are in the world of SI units, then k is the magnitude symbol for 103 (= 1,000). In computing, we are accustomed to K meaning 1024. So when you see 4K for a video standard should you be expecting 4000 or 4096 pixels horizontally? When you visit the cinema, then the 4K projector uses 4096 pixels, but if you are buying a new television badged as 4K then you will get a screen that is only 3840 pixels wide! The new Ultra High Definition (UHD) screens that TV manufacturers want you to buy this shopping season have a screen definition of 3840 by 2160 pixels – just double the HDTV standard of 1920 pixels.

But UHD TV screens are just one part of today’s multi-screen world. How many screens do you own? The man who was sitting opposite me on the train today had four on the table: two cell phones, an e-book reader and a laptop computer. At home he will have at least one television and possibly a desktop computer. And, assuming he has a family, they too will have multiple devices.

Twenty years ago, the entire household would have had just one or two TV screens, but once again we have Moore’s Law to thank (or, if you prefer, to blame) for this explosion. Increased processing power makes possible the increased bandwidth for carrying signals to serve these screens, as well as the image capture and processing at the source, and the processing needed to drive them.

What is also happening is that the way the TV is being used is changing. As well as an antenna, the home set frequently is attached to a cable TV service, or a satellite TV receiver, both offering multiple channels, and “box set” equivalents, where instead of buying the box set, you pay to watch it through the cable. Internet connection now offers services to rival those from the cable companies, with companies like Amazon and Netflix producing their own material and making available a huge range of back-catalogue of films. And those other screens, the cell phones, tablets and laptops, also view Internet material.

TV is taking a multiple-pronged fight back to this encroachment. The first is higher resolution. We have already seen that 4K is now entering the mainstream, and there are plans to see 8K UHD TV (7680 pixels) test services being broadcast next year (2016) and with full commercial service in some markets by the end of 2020, subject to production equipment being in place. The higher resolution allows even larger screens – the real advantage of TV over the other viewing platforms. 110-inch screens are now available (at a price). With these large screens, movies, in particular, are more of an experience.

Very large screens also make it possible to have multiple displays – perhaps two programmes accompanied by a range of streaming services all on screen at the same time. With that capacity, broadcasters are having to look at new ways of delivering content.

But a single screen of that size is inevitably going to be expensive – and cumbersome – so how about tiling with smaller screens?  Modern screens can be manufactured with no edge bezel, so adjacent screens will not have an irritating gap in the picture. Some manufacturers are talking of tiling entire walls in a house, although – being a child of the radio age – I find this incomprehensible. The supporting circuitry for multi-screens sharing a single image, or multiple images, presents some interesting challenges, but IP companies like Imagination Technologies are working hard to produce the designs needed.

But what if you don’t want a huge screen dominating the room?  How about one that rolls out of sight when not in use, like the classic projector screen, but completely self-contained, nothing throwing a beam of light across the room? There have been many attempts at this, and it has always been just out of reach, but a few weeks ago (August 2016) LG began demonstrating a flexible screen based on its OLED (organic light emitting diode) technology. The screen was equivalent to a 55 inch TV, has a magnetic backing to attach it where you want it, is 1 mm thick, and, according to reports, can be rolled into a 3 cm (or just over an inch) radius. There is still work to do before this is widely available, but LG is already deploying OLED in its more conventional TVs, including one model that can be changed from curved to flat and back again.

Another way to expand what you see is through what is being called “free viewpoint TV”. This uses multiple cameras to create a massive image of an event, perhaps a sports game. The whole stream is sent to the user, who can select a viewpoint, track through the image and watch just those parts they want to see: almost as though they have their own roaming camera.  This is under exploration in a number of projects, but I am not convinced that it will soon be a mainstream technology. It requires a huge amount of work to set up, as well as significant processing power in the viewer’s TV.  But sport is one of the three classic drivers for new TV delivery mechanisms, so it might attract paying customers sufficient to drive the technology. (The other two drivers have been cinema and sex.)

Another part of the TV strategy is to find ways of linking the TV screen with other screens. I am told that it is commonplace for many people to be texting on their cell phone while watching TV, so there already apps to allow you to use the phone as a remote control, not just for the TV but for other parts of the entertainment set up. But the next stage is already beginning – using the alternate screen to get supporting information: expanding, for example, the information ribbon that obscures the bottom of your screen. There is already international work on standardising how this interaction will work. The DVB-CSS (Digital Video Broadcasting Companion Screens and Streams) standard is being developed and tested, and it presumes that the “companion screen” connects to the Internet and the main screen connects through a DVB link (Terrestrial broadcast, Cable or Satellite), and the two communicate through the home network. This presents interesting issues of timing and synchronisation. DVB-CSS forms part of another standardisation process: HbbTV (Hybrid broadcast broadband TV), which is trying to get a common approach in delivering content over broadband and traditional channels.

This brings us back to Moore’s Law. All these developments require huge quantities of processing power – standard processing, graphical processing, and signal encoding, decoding, and processing. The list goes on and on. However, over the last few years, we have already grown these capabilities dramatically – just look at your cell phone. And the same companies that have made this possible, like Imagination Technologies, which provided significant help in researching this article, are already drawing the roadmaps that will make it happen.

Now you may be in two minds as to whether this is a good thing. And some of the new ideas may fall by the wayside – 3D TV is not a resounding success even after a massive investment. What is clear is that there a lot of exciting technological challenges, and, for companies that solve them, there is going to be an exciting and possibly profitable few years ahead.

6 thoughts on “Living in a Multi-Screen World”