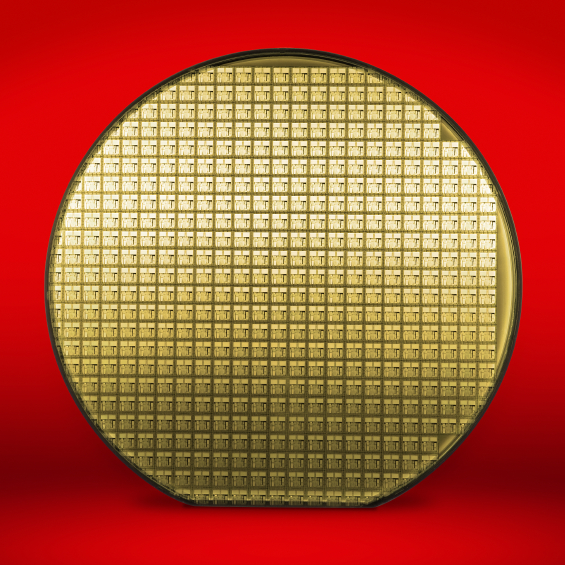 Some things we know; some things we don’t know. And sometimes we haven’t got a clue. That’s pretty much how engineering feels to most of us, I think. We’re pretty good at our little specialties, and we know enough to be dangerous about other aspects of engineering, but we’re mostly clueless about marketing, or finance, or art history, or proper cesta technique in jai alai.

So it’s good to get a reality-slap once in a while. You know, to kind of wake us up and rattle our preconceived notions. Nothing dangerous, mind you. Just a recalibration.

I got one of these the other day when talking with a former colleague, Linley Gwennap. We were discussing the price of transistors – as one does – and he mentioned that transistor cost was about to go up, not down. If so, it will be the first time that’s happened in our industry since… forever.

You are, of course, disgustingly familiar with M___’s L__, the exhaustingly quoted, requoted, and misquoted observation about the steady decline of circuit size in our industry and the concomitant reductions in cost, power, and propagation delays. Yeah, yeah, we get it. The underlying assumption in most industry forecasts is that M.’s L. will maintain its current trajectory more or less forever. We rely on semiconductor-manufacturing tool makers like Lam Research and KLA-Tencor (which are about to become the same company) to keep us on that happy path.

And they will. We’re not prognosticating that the silicon sky is falling. Only that the cost portion of the graph is about to take on an unfamiliar curve. Upwards.

Stating that “Moore’s Law applies only to the rich,” Linley says that the transition from 28nm lithography to 20nm will see an increase in the cost per transistor, not a decrease. And another increase when we move to 14nm. That’s because the cost to process a wafer full of 20nm or 14nm devices is so expensive. Sure, you get more die per wafer at 20nm than you do at 28nm, which would normally reduce the per-unit cost. But the expenditure required to get there overwhelms the cost advantage of the smaller die size. Net result: your 20nm transistors are going to cost more than your 28nm transistors.

Why are the costs so high, and why is this a problem now? Like all tough problems, it boils down to physics. We’re right at the limits of “conventional” semiconductor lithography (if that word can ever be used in this context) based on photolithography – that is, making pictures with light. The immersion tools, masks, reticles, pellicles, and other accoutrements of chip-making are up against the limits of their resolution. We’re having to double, triple, or even quadruple exposures in order to produce such tiny transistors. That’s slow, which translates to expensive.

It’s also necessary, until we switch to newer EUV (extreme ultraviolet) tools that can resolve finer details without all the multi-patterning song and dance. But EUV tools are new and breathtakingly expensive, and still relegated mostly to R&D labs, not production lines. Toolmaker ASML says it’s installed perhaps 15 EUV tools globally – and this after shipping three generations of such tools. (It’s about to release its 4th-generation EUV tool.) These are not high-volume machines. Net yet, anyway.

The upshot of all this is that many developers and chip manufacturers will be holding steady at 28nm. That’s where the bottom of the cost-per-transistor curve currently lies. This is a bummer, because it means less integration for all but the most well-funded developers or the highest-volume products. Apple can afford leading-edge semiconductor manufacturing and the integration advantages that come with it. Your neighborhood startup probably can’t.

For the first time, we’re not automatically accelerating headlong into smaller geometries. It used to be that smaller features provided a sort of free lunch, in the sense that smaller transistors meant smaller chips, which meant more chips per wafer, which meant more product to sell, which offset the higher cost of that smaller-geometry manufacturing. You paid your money up front but then made it up in volume. Business Plan 101 stuff.

Not anymore. For a few years, a lot of our colleagues will be holding steady at 28nm, unable or unwilling to move forward without a strong incentive, either financial or technical, to make the leap. When EUV becomes more mainstream, it will likely break the logjam and we’ll again be back to our accustomed ways.

Speaking of accustomed ways, ARM is still the world’s favorite CPU available as licensed IP. Chip makers cranked out 12 billion chips with ARM cores inside, according to the Linley Group. That gives ARM slightly more than 77% market share among licensed CPUs. The second-place runner up? The ARC processor from Synopsys, with a little over 10% share (1.6 billion units).

MIPS, Xtensa (Cadence/Tensilica), Cortus, and Andes round out the top six, respectively. And with “other” accounting for less than 1% of the remainder, there really are only six. It’s a good business to be in, as long as your company is British and/or spelled AR_. Unit volumes are up about 13% overall from last year and the year before, and that slope should continue for at least a few more years. ARM’s latest financial results paint a rosy picture, with royalties (as distinct from up-front licensing fees) increasing considerably from a year ago.

Although mobile devices famously account for the lion’s share of today’s volume shipments, it’s the low-end microcontrollers that will drive CPU IP growth in the future. In part, that’s due to the “startup effect:” there are few MCUs today that use a licensed CPU core, so any growth looks artificially huge on a percentage basis. But, more realistically, Linley figures that developers using an 8-bit MCU today will soon upgrade to a 32-bit MCU, and that will spur sales of (mostly ARM-based) microcontrollers with licensed processors inside. So long, 8051 and 68HC11. Hello, Cortex-M0, ARC EM4, Xtensa 108Mini, and MIPS M5100.

Some things are no surprise at all.

8 thoughts on “CPUs Get Cheaper; Transistors Get More Expensive”