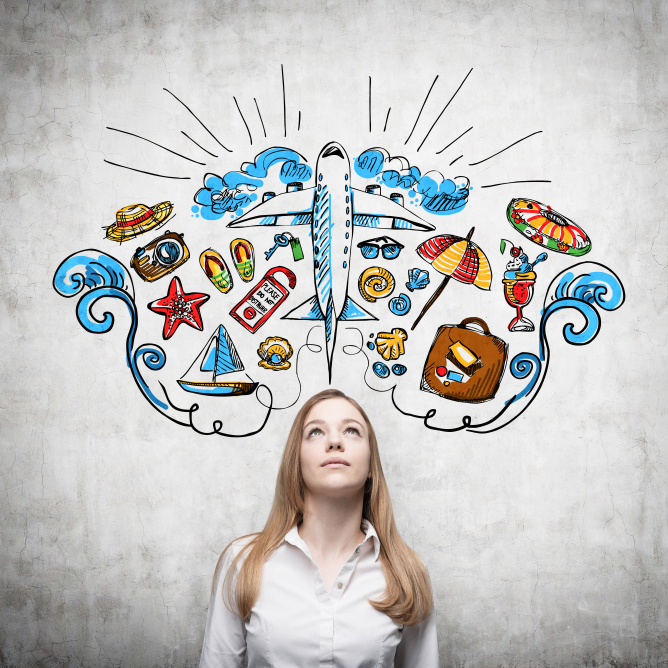 Will Fifth-Generation Wireless Standard be the One to Rule Them All?
by Jim Turley

Without science fiction, we’d have no science. After all, somebody had to dream about flying to the moon before somebody else could start working on it. Without the idea of robots, nobody would invent robots. And without imagining what a universal wireless network would be like, we’ll never get one.

We may still never get one, but it won’t be for lack of trying.

Now that 4G wireless has barely rolled out in parts of the world, we’re already working on 5G. And, like the journey of a thousand miles that begins with a single step, the task of creating 5G starts with deciding what the heck it is. And what it isn’t. And what it will do, not do, or do particularly well. Hey, these standards don’t write themselves, you know.

Chief among the protagonists in our 1000-mile journey is Imagination Technologies, the company that makes MIPS processors, PowerVR GPUs, and approximately a thousand other bits of useful IP for circuit designers. As an IP vendor, Imagination has a vested interest in learning about – or indeed, shaping – the future of wireless interfaces. The company naturally wants to be among the first to offer 5G interface IP to its customers, and that’s not going to happen by simply sitting on the sidelines and waiting for v1.0 of the 5G specification to show up in the corporate inbox. So Imagination is taking an active role in defining, shaping, and (eventually) writing the 5G spec.

Think back to the days when USB was new. Early on, when you had to describe USB (“universal serial bus,” remember?), it was a complicated and not-well-understood interface with a funny connector that seemed like it was going to be a big deal. If you wanted one of those newfangled USB interfaces on your project, it was hard to find silicon to make it happen. Or the software; part of USB’s universality relied on a sophisticated stack of software to go along with the funny hardware. Back in those days, the first few companies to provide USB solutions could write their own tickets. USB was a hot commodity, and the high prices reflected that.

Fast-forward a couple of years, and now USB is ubiquitous – and nearly valueless. If you’re a silicon or IP vendor, you can’t charge anything like the prices you used to get in 1995. USB interfaces are practically free now, yours for the asking and often bundled in with a lot of other low-value IP. Bluetooth IP followed the same trajectory (though never flying quite as high), as did Wi-Fi, ZigBee, HyperTransport, and pretty much every other interface you can think of. Such is the ephemeral nature of our business.

So it’s no wonder that Imagination would want to be out front when 5G eventually rolls out. If they really do manage to be among the first suppliers, the company stands to make some good money. But first, the company has to invest its time and treasure. And they’re not alone.

So what is 5G going to do, apart from spawn a new upgrade cycle of iPhones? Well… pretty much everything. As it’s currently envisioned, 5G will replace almost every wireless interface you’ve ever heard of, from Wi-Fi to Bluetooth to LTE, GSM, and UMTS. It’s a long-range standard. It’s a low-power standard. It carries voice; it carries data. It’s designed for IoT and streaming video and telephony. It’s a WAN and it’s a LAN. It’s the only wireless interface you’ll ever need. Until the next one.

Imagination and the dozens of other parties discussing the future of 5G see it as a flexible network that adapts to varying data rates and range requirements. The idea is that the same 5G interface (for some definition of “same”) will accommodate thousands of distributed low-speed devices, such as in a sensor cluster in an industrial installation, while also working with streaming video across the living room. And be your personal-area network (PAN) that allows your smart watch to communicate with various wearable devices. In short, it’s magic.

Some applications will require extreme long range, such as tracking 18-wheelers on remote highways far from civilization (think Australia or parts of West Virginia). Others will need extreme power efficiency. Some will need high bandwidth and/or low latency, while others will doze for minutes or hours. And somehow this will all work – say it with me now – seamlessly. “It just works” is a phrase that comes up often in 5G discussions.

Imagination’s Richard Edgar was kind enough to spend some time with me discussing the progress that these groups have made in hammering out an eventual standard. The short answer is, we’re a long way from writing up the spec, but far enough along to get excited about new devices hitting the market in our lifetimes. The hope is that 5G devices will see the light of day around 2025, a date that sounds very distant and Space Age at first, but is really only ten years away. That’s not much time to design and build products around a standard that has yet to be defined, or even adequately described. Huawei is much more optimistic: the Chinese company wants to have its 5G equipment up and running in time for the 2018 World Cup. Yikes!

Aggressive or not, 5G promises to be something special, not least for its creators. A truly universal wireless interface seems… optimistic. If it works, it will require a mountain of software and probably dozens of sub-standards to keep all the disparate speed/power/bandwidth requirements separate. Remember Bluetooth? That was supposed to be plug-and-play, too, but it turned out to be fiendishly difficult for developers and almost as complicated for the average user. Did my phone pair with my headset this time or not? What was my Device ID again? If nothing else, 5G will keep a lot of firmware developers busy for years to come. “’Easy to use’ is easy to say,” goes the old adage.

But you’ve got to start somewhere. Without imagination, we’d never get anywhere.