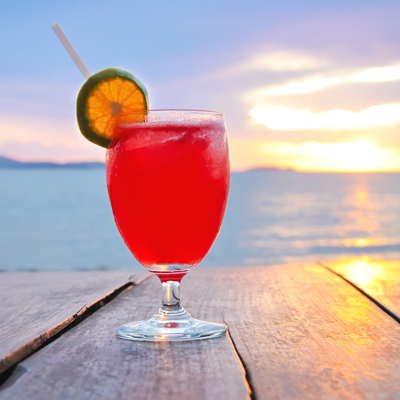 So a sports car just drove itself around a racetrack and did pretty well, setting competitive lap times. Audi’s self-driving RS7 lapped Sears Point (aka Sonoma Raceway, aka Infineon Raceway) in just a shade over two minutes. For comparison, the lap record for a Corvette is only nine seconds quicker, at 1:51, and the all-time Porsche GT3 record is 1:42. For a car with no driver, that’s hauling.

The important point here is that the car was not pre-programmed to run a particular course. Sure, it would have been easy to equip the vehicle with a millimeter-perfect internal map of the route and set it going, guided by GPS and inertial navigation, like a great big slot car. But that’s not what happened. Instead, the car was piloted entirely by its onboard vision system, which looked around for the edges of the pavement and landmarks such as surrounding buildings, walls, and objects, according to Audi. In other words, it drove the same way that humans do: by watching where it was going. Ironically, it had no electronic distractions while it was driving.

Continuing our previous week’s theme on security technology, a group of students has created a password-sniffing pita. It uses the same “side channel attack” that we’ve talked about before, gleaning internal data from nothing more than emitted RF noise. In this case, however, the developers made a last-minute decision to disguise their creation inside a real pita. The whole thing cost less than $300 to build, before falafel.

Want to make a Bluetooth wearable on the cheap? Maybe the MetaWear Coin is for you. Started by a handful of Intel refugees, Mbient Lab is a startup that makes little bitty development boards for wireless gizmos. Its latest creation is the MetaWear Coin, a round board the size and shape of the coin-cell battery by which it’s powered. The first one is $69, but they’re closer to $10 in volume. Interestingly, Mbient’s software-development system is programmed entirely by smartphone, not a traditional computer, so you can code your coin on the bus, waiting in line at the bank, or on the beach. Surf’s up!

We covered the RISC-V architecture back in December, and support for the open-source processor is growing. UC Berkeley, the birthplace of RISC-V, hosted a now-annual conference on the processor just a few weeks ago, and attendance was good. Among the topics discussed were new vector extensions to the basic instruction set and a possible variable-length compressed version of the ISA to save code space. The latter has been dubbed RVC, for RISC-V Compressed.

Initial indications are that RVC shrinks code size by more than 20%, compared to standard RISC-V instructions. That’s to be expected – why do it otherwise? What’s surprising is that RVC code was smaller than the familiar x86, ARM v7, or MIPS16e on compiled SPECint2006 code. In fact, only ARM Thumb-2 was smaller than RVC, and that only by a very small margin.

Work on tweaking RVC continues. In keeping with the open-source philosophy of the entire project, all the presentation slides are available here.

As that white-hot nexus of technical news, The Wall Street Journal, reports, “Roughly 1000 companies make smartphones. Just one reaps nearly all the profits.”

That one, of course, is Apple. The Cupertino company rakes in an astonishing 92% of all the profit in the entire global smartphone industry, all by itself. That means the other 999 vendors collectively share the remaining 8%. Yikes.

WSJ also points out that Samsung is the #1 leader in terms of volume, yet it collects just 15% of the market’s overall profit. What’s that, you say? The percentages add up to more than 100 percent? That’s right, and it’s because so many smartphone makers lose money, effectively handing their profits over to the few who are in the black. Perhaps not coincidentally, Microsoft just wrote off close to $8 billion that it spent acquiring handset maker Nokia, essentially trashing that entire investment.

The armchair economist can read into this whatever he likes. Is Apple winning because of its superior hardware design? Is it because of the software, or the service, or the integration? Is it mass hallucination and a frustrating tale of herd instinct? An indicator of the importance of user interface, or leadership, or just dumb luck? Apple’s astounding success (in this particular market niche, anyway) can be something of a Rorschach test for analysts: people see what they want to see.

Little-known CPU maker Andes is puttering along successfully, having signed up a few more customers for its synthesizable CPU core. Like ARM, MIPS, and the other well-known CPU-IP vendors, Andes licenses its design to SoC makers looking to embed intelligence into their designs. And like ARC (now Synopsys) or Tensilica (now Cadence), Andes allows customers to create their own instruction-set extensions. Andes’s newest customer is MediaTek, which is using the N9 processor core in an unnamed device.

Like everyone, EEMBC has gotten into the Internet of Things business with a new benchmark. The nonprofit’s IoT working group is beavering away on a new test for edge nodes (the “things” in Internet of Things) so that developers can reliably compare hardware alternatives. The new benchmark is envisioned to have four parts, focusing on processing, sensors, communication, and interfaces. Too early yet to say when the first version will be released.

Finally, who can tell me the bandwidth of a FedEx truck filled with hard drives?