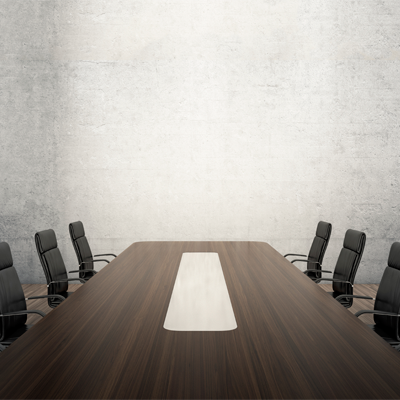 The Cost of Teamwork

Could We Eliminate Engineering Meetings Completely?
by Kevin Morris

Ask anyone who works in a typical corporate environment to describe their schedule for an average week. Chances are, a significant percentage of their work time will be taken up by meetings. In fact, 30-40% of work hours occupied by meetings would not be an unusual figure. For management employees, greater than 50% would not be surprising.

Stop and think about that for a minute or two.

As engineers, we all understand the value of collaboration. Certainly most of mankind’s meaningful achievements are the result of people working together. And in modern times, massively collaborative projects are responsible for most of the major technological advances we all depend on each day.

But collaboration comes with a cost, and many of us are blinded by the norm, unable to assess the inefficiencies of our way of working and collaborating. Any time we need some communication, it’s convenient to just “call a meeting” and assemble the troops to hash through the latest issues. Then we all find ourselves looking at the clock, waiting for the meeting time, not able to quite finish that last task at our lab bench because it would make us late, then trudging begrudgingly into the conference room, laptop and phone in hand, ready to mostly ignore whatever is about to transpire.

What if we think about our meeting-intensive culture from the perspective of a business owner? Scroll down the profit-and-loss statement for the company you’d like to run. Go to the section labeled “Payroll expense.” Add in all the sections for company-paid benefits, health insurance, retirement, and other direct costs of employing people. Now go to the part for office space, utilities, and other costs of having people work at a place. Tick those numbers into your tally tape as well. You have probably just added up the majority of your company’s expenses.

A third to a half of that expense is being spent on “meetings.”

Are those meetings delivering half of the value to the top line your business?

Probably, you’d like for most of the cost of operating your company to be spent making, marketing, and selling your widgets, software, or services to paying customers. Is that what’s happening in these meetings?

I don’t want to go into a detailed diagnostic analysis of corporate meeting anatomy (there are numerous books on that subject), but we can do a quick common-sense assessment of a typical meeting – hopefully enough to convince you that the vast majority of time and money spent in meetings is completely and utterly wasted. And, it’s not just time and money we’re wasting – meetings burn valuable morale that cannot be replaced.

What’s the morale cost? Conduct your own survey. Ask people you know how they feel about the meetings they attend at work. On your left hand, count how many people say that those meetings inspire, inform, and motivate them. On your right hand, count how many people say that meetings are one of the worst parts of their job experience, and that they are demoralizing breeding grounds for discontent, political games, and misunderstanding. Was your right hand completely open while your left hand was still a fist? Meetings are one of the most common things people say they hate about their jobs. That kind of morale damage has deep implications for the efficiency and success of just about every company.

Let’s just briefly consider a typical meeting with 10 attendees. Let’s say it’s scheduled for one hour. A one-hour meeting with ten people should reasonably be expected to cost ten hours of work time, right? There you go, that’s one-fourth of a forty-hour work week right there.

But, it’s worse than that. Much worse. Did the meeting start on time? Absolutely not. The five-ish “responsible” employees who got there a little early, set up their laptops, got their water, coffee, tea, or other meeting-survival beverage, and settled into their seats before the minute hand hit the straight up position did, however, manage to waste 5-10 additional minutes each of their time being an “on-time” amount of early. We’ve gotta add an additional 45 minutes total to the time-cost of our meeting for the “good” meeting people.

And, did the meeting end on time? There are plenty of studies (and probably plenty of your own personal experience) that will tell you that most meetings don’t. You can probably tack on another five or ten percent to the total cost of the meeting right there.

Now, let’s also don’t forget the time that’s wasted in context-switching, both before and after the meeting. Whatever those employees are working on before meeting time has to be put on hold at least five or ten minutes before they even leave for the meeting. And, it will take at least a good five to ten minutes for them to get back to fully productive “real work” mode after the meeting is over.

Realistically, taking these things into account, a one-hour meeting probably costs an hour and a half of actual productive time from all of the attendees. So, ten people in a one hour meeting really costs a total of fifteen productive work hours – along with all the costs associated with those hours that we mentioned earlier.

Now, how much good are we getting out of the one-hour meeting? Well, once those “prompt” folks are seated in their seats, they have a good five or ten minutes to sit, stare at their smart watches, check their email, and chat amongst themselves while they wait for the other half of the attendees to trickle in fashionably late. Most company meetings actually get “called to order” at least five minutes, and more often ten minutes, after the scheduled time. Then, in our modern, connected, telecommuting world, there is often another five or ten minutes wasted trying to get all the remote people dialed into the conference line, getting the projector working correctly, and arriving at the actual “productive” part of the meeting.

So, what about the 40-45 minutes of a typical one-hour meeting that are actually on topic? Studies have shown that about 50% of the talking done in any meeting is done by the meeting leader. The rest of the time is occupied by other attendees communicating one at a time. But a meeting is a terribly inefficient and ineffective venue for one-to-many communication. First, it requires all the participants to be available at the same time and at least virtually at the same place. There is a huge hidden cost to this kind of requirement for time-synchronicity. For at least some attendees, the meeting had to delay or cancel some other fairly important task. And the process of finding a meeting time that everyone could make often delays the meeting past the actual “best” time for the information to be distributed. And, in just about every meeting, somebody who really should be getting the information is not in attendance because some other priority kept them from attending.

Then, the information communicated in a meeting has to be done in a least-common-denominator fashion. Even if some of the attendees already know 80% of the material that will be presented, the whole story has to be told in a way that even the remaining 20% will understand. The usual result of this is that the 80% who “already know” what’s being presented spend that time daydreaming, distracting other people in the meeting, and generally not paying attention – to the point that they miss the part of the information that actually WAS going to be valuable to them. The percentage of time spent by each attendee actually consuming useful information in a meeting is disturbingly, yet unsurprisingly, small. After all, how many meetings have you attended where you left feeling something like, “Wow, I was learning useful things just about every minute of that meeting”? Yeah, zero for me too.

Then, of course, since the information in a meeting is verbally communicated, we have the question of retention. Unless the attendees take amazing notes, they won’t retain any significant percentage of what they heard. And, some of what they think they retain will be just plain wrong. If the information from the meeting is also distributed in some durable, written form, then we probably need to ask ourselves why we needed the meeting in the first place.

In fact, just for sake of argument, what if the meeting leader had written a nice, clear version of what they were going to say in the meeting and distributed that to everyone involved INSTEAD of having a meeting? It would solve just about all of the issues we described above, right? Each employee could read the document at their own convenience, and at their own pace. There would be no later discrepancy in what was or was not said, since the document is its own accurate record. We’d just need our team members to be responsible enough to read and understand the document in a timely manner. Then, POOF! No meeting. It’s that simple.

What if we took that idea one step farther and just went ahead and said we were going to have a company with ZERO meetings. Nope, none at all – zip, zilch, nada.

Mmm Hmmm… I hear your skepticism boiling over out there right now.

What about the value of face-to-face communication that meetings bring? “Face-to-face” communication is certainly valuable. The kind of dispassionate, emotionally ambiguous, context-starved messaging that today’s electronic communication methods afford can be fertile grounds for misunderstanding. Meetings certainly afford the opportunity to look people in the eye and make the kind of human connection that is missing in our electronic world. But a typical office meeting is not the kind of place that real emotional connection can happen.

If you need to make a face-to-face connection, the best environment is usually one-on-one. Then, both parties can adapt and perceive at the optimum level without the interference of other people in the room. And, in most group meetings, there is an additional negative dynamic that takes place: the stronger personalities tend to dominate the discussion. The more introverted people – even the ones with the best ideas – tend to fade into the background. And this tends to be a self-reinforcing dynamic. As time goes by, the louder voices get louder, and the softer ones fade into silence. You don’t get the rich emotional and contextual bond that one-on-one communication affords. Instead, you get decisions being driven by the extroverts, and you get rogue bands of frustrated introverts wandering the hallways and cubicles resenting the fact that they work in a place where their voices and ideas are never heard.

Certainly replacing group meetings with some combination of asynchronous written communication and small, two- or three-person informal discussions could be considered a controversial position, but what if we tried it for a while? Would you really miss those meetings? Would your team’s productivity go up or down? What do you think?

5 thoughts on “The Cost of Teamwork”