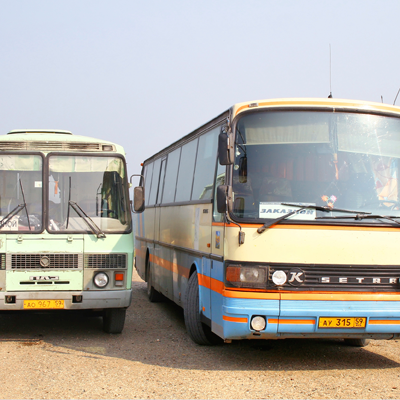 Buses, Windows, and You

Where is the Real Value in Embedded Engineering?
by Jim Turley

“I suppose that even the most pleasurable of imaginable occupations, that of batting baseballs through the windows of the RCA Building, would pall a little as the days ran on.” – James Thurber

This week I spoke with two different companies that sell on-chip networks for SoC designers. They’re IP companies, which is to say they license their R&D efforts to other hardware engineers in exchange for an upfront fee and a royalty. It’s a pretty well understood business model, so no surprises there.

What seemed odd to me was that these companies even exist. I mean, I understand why they do. Creating on-chip buses for a complex ASIC or SoC is difficult work, and there’s every reason why someone like you or me would want to leverage the work that these firms have done. But still, it seems… strange.

After all, a bus (or network-on-chip, in the preferred lexis) doesn’t really seem like a feature, does it? It’s not something the final end-user can see, feel, or – even with the most strenuous effort – care about. And yet, it’s vitally important to the SoC and, thus, to the SoC design team. It has value. Quite a significant value, judging from the licensing fees.

Two of the network-on-chip (NoC) companies in question, Arteris and Sonics, both tout the power-saving qualities of their newest NoC. Sonics’s new ICE-Grain (yes, that’s the name of their new bus technology) comes with a whole power-management subsystem that breaks up your chip design into many tiny power islands, or “grains,” that can be individually managed. Said management is done by Sonics’s own specialized power microcontroller. The partitioning, or graining, isn’t automatic by any means. Sonics provides you some exploratory and diagnostic tools to help you figure out where the grain boundaries should be, but ultimately, you’re doing it on your own.

Competitor Arteris also includes a bevy of power-management features, but its latest NoC technology emphasizes timing closure. As the company points out, any reasonably fast chip of any significant size is more than one clock cycle wide. That is to say, you can’t get a signal to traverse the chip from end to end in a single clock cycle. You’ve got to add buffers, which means your chip is divided into “time zones” that work on different clocks, or different phases of the same clock. That, in Arteris’s view, is the NoC’s problem to solve.

And solve it they have. Arteris’s tools, like those from Sonics, give you a hand in partitioning and laying out your device so that the bus can do its thing. All of which is immensely valuable to an SoC design team, and which brings me back to my original point of curiosity. How strange is it that buses, once a trivial collection of parallel traces or wires, are now a real feature? The significant IP blocks that make up a chip – microprocessor, caches, memory, analog island, GPU, and all the rest – are now joined on equal footing by the NoC that connects them all. The interconnection has become a living, breathing, active part of the chip.

Over in an entirely different part of the industry, a company called View has unrolled a new upgrade for its Smart Glass technology. You’ll recall from our earlier coverage that View makes electronically controlled tinted glass for large buildings. The idea is that the glass gets darker or lighter depending on weather conditions, time of day, position of the sun, and desired light level. The point is to conserve energy by not allowing sunlight to pour into unoccupied rooms and placing an undue burden on air conditioners. Besides, it looks cool from the outside.

Anyway, View has added a new wrinkle. The system can now get weather data from—wait for it—the cloud. View’s controllers could always respond to the time of day and the position of the sun, both of which, you’ll admit, are pretty easy to predict. Now, they also integrate data from third-party weather services to anticipate storms, clear weather, cloud cover, or whatever, and respond accordingly.

It’s a big data (really big data) adjunct to what was once simply a hardware product. Tinting window glass electronically is cool, sure. But that in itself isn’t of much value to the paying customer. To get the real benefits and cost savings, View had to deliver a service, not just a pile of expensive glass. And that moved View’s development team well beyond the original chemistry project that led to its foundation.

It’s like the original iPod, in a way. When Apple’s oblate white MP3 player was new, it was just one among many similar MP3 players. (And not even a very good one, in my opinion.) But Apple paired iPod with iTunes, whether you liked it or not. It’s not quite true to say that one wasn’t useful without the other, but they certainly worked better in tandem, as Apple intended. The iPod itself was little more than a hard drive with a battery stuck to it, but the overall package was more than that. The service sold the product, and vice versa.

View has taken the same, uh, view. The service is just as important as the magical glass, although the latter certainly took far more time and treasure to develop. Which is more important, though? Would the electronically tinted glass be as attractive if you had to control it manually? Hire a “windows administrator” to adjust the knobs and dials all day, perhaps? Or just hook it up to a controller that monitors daylight, time, temperature, and impending weather conditions to deliver something that’s useful? It’s the service that sells the product, and vice versa.

Arteris, Sonics, and other companies developing on-chip buses aren’t selling AMBA interfaces or bandwidth. They’re selling “solutions,” that catchall term that salesmen overuse to describe whatever is in their bag. In these cases, it’s appropriate. Connecting all the disparate bits and pieces of a complex SoC is the easy part. Getting the interconnected result to achieve timing closure is really hard, and if the bus structure can help you do that, so much the better. Similarly, if the on-chip bus can help you manage power distribution, then why not?

For years, General Motors ran a financing business, GMAC. Why would a car company own a bank? Because it made it easier for Jane and Joe Customer to leave the showroom with a shiny new GM car. The service greased the sale. GM was looking at the whole selling process, not just the product itself. Amazon.com offers Prime subscriptions that waive shipping fees. By all accounts; it’s hugely successful, in part because it reduces the “friction” of an online transaction when there are no (obvious) shipping costs to the customer. Amazon Smile goes one better, donating a portion of the customer’s sale to their favorite charity. “Wow, free shipping and a donation? Why go anywhere else?”

Further afield, there’s an argument to be made that restaurants offering gluten-free and/or organic foods are following the same model. Even if there’s little or no documented health benefit to either one, the consumer often believes there is, so why not pander to that desire? It’s the service, not the product per se, that makes the sale.

Apples to apples, windows to Windows, and buses that are really enabling networks – they’re all examples of features as functions, and of the trick of extracting unexpected value from seemingly mundane products.

One thought on “Buses, Windows, and You”