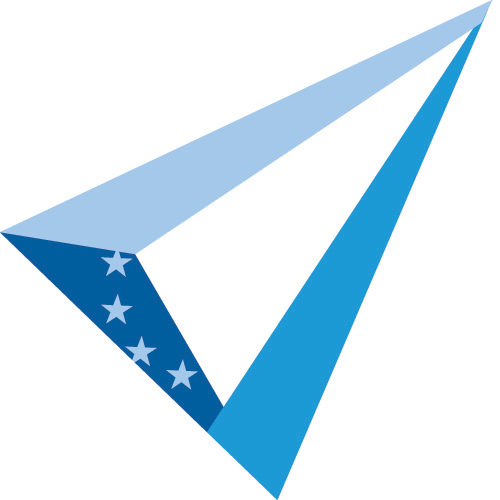 The European Union (EU) is a complicated beast. It isn’t a United States of Europe, although in some lights it can look like it, as it has laws that overrule those of member states, and it uses a common currency (although not all member states use the Euro).

Its roots are in the devastation of the Second World War, when a shattered Europe was rebuilding its industrial base and at the same time looking for ways to ensure that there would never again be conflict between European countries. It has been successful in both those aims and has taken on increasing powers as it has expanded to include 28 countries. It is now a single market with no customs duties or protectionist measures and, with the addition of Switzerland, Norway and some “micro states” like the Vatican, is a passport free area, except for the Republic of Ireland and the United Kingdom. One task of the EU is to improve the competitive position of European industries, particularly those that are seen as important to future growth, such as electronics.

When I last wrote about this, the landscape was changing. There was optimism that, under the energy of Dutch Euro Commissioner for the Digital Agenda, Neelie Kroes, the European Chip industry would work together to try to reach 20% of the world’s output, and the programmes through which R&D funding for electronics was funnelled (ARTEMIS, ENIAC and EPoSS) were being subsumed into ECSEL (Electronic Components and Systems for European Leadership).

Sadly Neelie didn’t win the battle, and her term as commissioner is now over. Two of the three major European semiconductor makers, who had stonewalled her proposals, have since made acquisitions: NXP has bought Freescale and Infineon has bought International Rectifier.

On the R&D funding front, the merger was completed last summer, and the ARTEMIS funded projects (all in embedded systems or Cyber/Physical systems) have moved under the ECSEL umbrella. ARTEMISIA – the ARTEMIS Industry Association – a grouping of companies and institutions in the embedded area – continues to exist and has a role to play within ECSEL, although this is still to be clearly defined. It is tempting to quote Dean Acheson, former US Secretary of State, who in 1962 said, “Great Britain has lost an Empire and has not yet found a role.” But that would be unfair; ARTEMISIA is fighting through the Brussels maze to make itself a voice for the embedded industry.

And ARTEMISIA was the co-host at a conference in Berlin in early March, alongside ITEA (defined as “the EUREKA Cluster programme supporting innovative, industry-driven, pre-competitive R&D projects in the area of Software-intensive Systems & Services (SiSS)”). EUREKA is “an intergovernmental organisation for market-driven industrial R&D” that goes beyond Europe to include Israel, Canada and South Korea.

The purpose of the Co-Summit was to talk about how software innovation and cyber-physical systems are creating smart industry, but it was also a swan-song for ARTEMIS. A number of the projects that had been funded were complete and their results were presented, and there was also a document circulated: Business Impact and Metrics: proof of the successes in the ARTEMIS programme.

But before we look at that, a word on how the projects are developed: the system used for ARTEMIS is continuing with ECSEL. You can’t just roll up and say, “I would like some funding, please.” You have to be part of a consortium, usually including, in addition to other companies, research centres and universities. ECSEL organises “Consortium Building Events”, rather like speed dating evenings, and the consortia then formed, which can be anything from a handful of organisations to as many as 100 or more, respond to Calls, which are invitations to apply for funding in defined areas. The response goes through two phases: a project outline and then a full proposal.

Not every proposal gets funded, and preference may be given to work that builds on previous projects. A project is funded in three ways: from the EU, from the national governments of the organisations within the consortia, and from the organisations themselves (although this is largely through allocation of salaries and administrative and resource costs). An issue with the earlier projects was the perceived administrative overhead, but this seems to be less of a problem here. (People from within ARTEMIS/ECSEL, while pointing out there is a legal requirement to keep a close eye on how public money is spent, agree that the early management of projects has been relaxed.)

Linked to this is measurement: it was realised early in the life of ARTEMIS that it is not enough to just complete the projects; there should be measurements of the benefits for the researching organisations and for the wider community. ARTEMISIA set up the Metrics and Success Criteria for ARTEMIS Working Group in 2010. They chose to use a questionnaire to discover views on this and sent out a pilot study to consortia that were established by the first Call in 2008. 34 organisations sent in replies.

Two years later, they revised the study, covering a broader area, but reducing the number of questions, particularly open questions. The latest survey in 2014 saw only fine-tuning of the 2012 survey, allowing for direct comparisons of the results. The results of the 2014 study and the comparisons with 2012 were launched at the Co-Summit, and Business Impact and Metrics: proof of the successes on the ARTEMIS programme can be downloaded here.

What the surveys looked at, in broad terms, was

The feedback on success in the market/company impact was interesting, as most of ARTEMIS was devoted to the pre-production work, but there were positive reports on how, as a result of the work, organisations had reduced development costs, reduced time-to-market, and were experiencing higher levels of re-use and also were introducing new products.

The highlights of the report included the message that companies found that the industry-driven approach of ARTEMIS was valuable, and they were also finding that their R&D effort benefited from the increased knowledge and experience gained from being part of a consortium.

Another headline was the increased involvement of SMEs (Small and Medium Enterprises – defined as having less than 250 employees and a turnover below Euro 50m ($55M)) in the consortia. In 2010 only 33% of the participating organisations were SMEs; in 2012 this had risen to 50%, and in 2014 it was 70%. (Of course, many of the bigger organisations are involved in multiple projects, while an SME may be in only one or two.)

One clear output from many projects was application prototypes, with most respondents building one or more (the average was 2).

There was a lot more information, but we are beginning to get into geek territory unless you are directly involved.

One particularly exciting major project was CESAR – Cost-efficient methods and processes for safety-relevant embedded systems. The aim of the project, which involved some 55 organisations from ten countries, was “to reduce the time, and thereby the cost, of development by some 30% by improving the tools and methods for requirements and system engineering.” This was mainly in the area of safety-critical systems, such as transportation and aerospace.

A report on CESAR went on to say, “However, the introduction of an open Reference Technology Platform (RTP) for tool interoperability prompted a further challenge: to change the mind-set of tool suppliers, tool users and design methodology research, in which industry orchestrates the direction.”

The project, which ran from 2009-2012, was regarded as successful in that most of the participants saw positive results, with many setting up or improving their teams for system engineering and functional safety.

There was a number of follow-up studies, of which possibly the most important was another ARTEMIS project, CRYSTAL (CRitical sYSTem engineering AcceLeration) which involved 68 participants from ten countries and aimed to move forward the RTP and to promulgate an Interoperability Specification (IOS) for development tools. Other projects deriving from these were MBAT, (ARTEMIS), iFEST (ARTEMIS), OSLC (Open Community), POLARSYS (Eclipse Industry Working Group), pSAFECER (ARTEMIS), SAFE (ITEA) SMECY (ARTEMIS), SOFIA (ARTEMIS), R3-COP (ARTEMIS), SPES XT & SPES 2020 (National German). Many of these projects have produced publications and developed methodologies that are publically available. They have also increased awareness of the role of modelling and specification tools for safety-critical projects.

The conclusions I drew from the Co-Summit and the analysis was that those who were prepared to put in the effort to learn how the funding and management of the project system worked were benefiting enormously from the programme; that the admin was not simple, but, once mastered, was manageable; and that those countries in Europe whose national governments were backing the programme were gaining disproportionate returns from their investment.