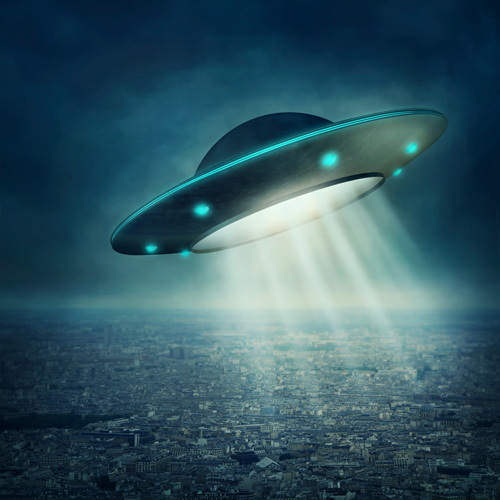 In space, no one can hear you scream – about how your FPGA got hit by a neutron, which caused a single-event-upset, resulting in a bit-flip in a configuration cell and the ensuing very bad behavior. Of course, that scenario is science fiction because nobody who designs space-bound electronic systems would ever put a non-qualified device into orbit.

Space is an incredibly challenging environment for FPGAs. You’ve probably guessed that it’s prohibitively expensive to roll out a service truck and a technician to deal with a reliability problem in orbit. And you may have also surmised that fans and heat sinks aren’t that useful in a situation without any, you know… air. And you may complain about shipping charges to get parts from Mouser or Digi-Key to your lab, but getting electronic parts delivered into orbit costs something like $13,000 per pound.

But those challenges are just peanuts compared with the challenge of radiation. Down here on the ground, our electronic systems are protected from the harsh realities of the universe by a nice 60-mile-thick cushion of atmosphere. That makes our “normal” environment basically a fluffy padded nursery for electronics, where they are pampered, cuddled, and shielded from the cruelties of space.

FPGAs are even more vulnerable than most kinds of electronics because SRAM FPGAs are basically just big memory devices. And, because the most common fault caused by radiation is bit-flipping in memory elements, the configuration logic itself is vulnerable to radiation – not just the data. In most electronic devices, you can take remediation steps like triple-module-redundancy (TMR) on memory elements to scrub the effects of radiation on registers and memories, but no such scheme exists for FPGA logic – to practically be sure that it continues to function as designed.

Historically, there have been two basic options for FPGAs in space applications: high-density, re-programmable, conventional SRAM-type FPGAs – repurposed and heavily modified for space use; and lower-density, non-volatile, one-time-programmable, antifuse devices designed specifically for space applications. The former were usually supplied by Xilinx and fit primarily into “payload” type applications. The latter were usually supplied by Microsemi (formerly Actel) and were suitable for mission-critical flight control and similar applications.

Now Microsemi has set their sights squarely on the other piece of the pie, with their new “RTG4 radiation-tolerant FPGAs for signal-processing applications.” RTG4 comes in densities up to 150,000 logic elements, and it runs at speeds up to 300MHz. Unlike the company’s traditional one-time-programmable RTAX space-qualified devices, RTG4 is based on flash technology, which makes it reprogrammable.

RTG4 breaks a decades-long hard compromise that had to be made for FPGAs in space. If your application required high-density devices with advanced signal-processing features (like those found on modern commercial and industrial SRAM FPGAs), you had to jump through some pretty serious hoops to get space-qualified versions of SRAM FPGAs to work. Those hoops included requirements like setting up the device to scrub and reconfigure itself at regular intervals (in order to wipe out any radiation-induced errors that had crept into the configuration). They also included synthesizing your design with special options that generated TMR versions of registers, safe state machines, and other structures aimed at mitigating radiation-related failures. These special options reduced the effective density and performance of the device to a small fraction of its commercial-grade capacity. And, in order to get the space-qualified version of a conventional FPGA, you were typically several generations behind the leading-edge commercial versions. Xilinx, for example, currently offers Virtex-5QV (a version of Virtex-5) for space applications, while their commercial offering is two generations ahead with Virtex-7.

If your application did not require advanced signal-processing capabilities, did not need to be field reprogrammable, and could fit within the fairly modest density ranges of the Microsemi/Actel lines, you could leave all those hoops at home and use a straightforward application of a non-volatile, radiation-tolerant RTAX antifuse device.

Now, with RTG4, Microsemi has introduced an option with some serious DSP capabilities, higher performance, vastly more density, and reprogrammability – all in a straightforward space-qualified flash-based FPGA. At 150K logic elements, these devices are significantly larger than the largest space devices the company previously offered. The company claims that RTG4 has “more registers, combinatorial logic, multiply blocks, and transceivers” than any other radiation-tolerant FPGA.

RTG4 includes 151,824 4-input LUTs with TMR registers. (Pay attention to that last part. If your LUT doesn’t have a TMR register, you may have to use 3 LUTs to get the same effect.) There are also 462 18×18 multiply-accumulate (DSP) blocks, 5.2 Mbits RAM with ECC, and 24 3.125Gbit/sec SerDes transceivers. In short, this is a very capable device for DSP applications. The company also claims that the routing architecture allows greater than 95% utilization – which means that you can actually use most of the stuff on the data sheet in your real-world (or otherworldly) design.

Microsemi also offers commercial-grade equivalent devices so you don’t have to cough up the “space” price for the units you’re just using on the lab bench – a feature that will make your boss quite happy at budget time. But when it comes time to drop one of these babies into the actual spacecraft, prepare for a little sticker shock. Let’s just say that “space qualified” brings a significant multiplier to the cost of a “normal” FPGA.

With the rapidly increasing DSP demands in space-bound systems, RTG4 brings a major upgrade to the table. It should bring Microsemi into many more sockets in the fast-ramping satellite business, where they already had a substantial presence with their legacy devices. RTG4 brings a fusion of two important “bests” that we haven’t seen before in space-qualified devices. First, it has the capability to handle demanding DSP applications while avoiding the complexities of trying to use an SRAM device in the harsh space environment. Second, it has the advantages of a non-volatile device, while remaining field reprogrammable. We think it seems like a winning combination. Be sure to bring a couple along on your next space trip.