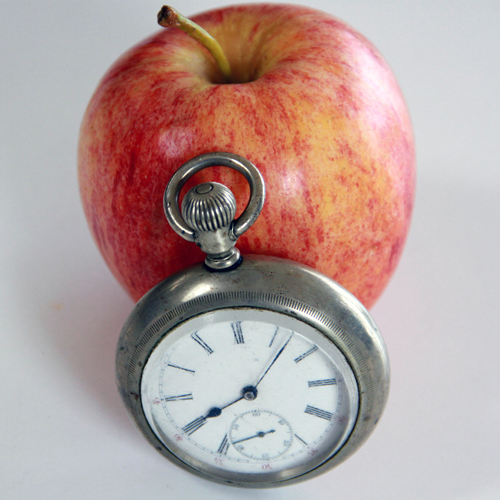 Even More Interesting Than Apple Watch
by Jim Turley

The 9 March event provided color on the Apple Watch; it revealed the future of Apple the company

Well that was interesting; at times, downright fascinating. I refer to the big Apple event last month. We learned more about Apple Watch—not a great deal more about the product itself, given that the functionality was detailed in the September 2014 event—and got multiple lessons in metallurgy. The fascinating bits were pricing and the implications therein for Apple corporate positioning moving forward.

Let’s begin with some honest scoring: how did I do with my observations in my column written last fall? Bear with me, this will necessitate skimming over some of the most fascinating bits; we’ll circle back around to those after we peek at my prognostications.

“A whole lot of people will want to do the mixing and matching in person, say, as one would do at a jewelry store. Or a jewelry store within a retail store. And just who in the smart watch game has brilliant retail stores? Only Apple.”

Granted, this was an easy one. Apple will have special displays in every store dedicated to Apple Watch: all the case/band combinations for Sport Watch and Watch on display, plus well-trained employees to guide you through the choices. And, critically, enable you to try them on.

“Battery life. Très élégant magnetic inductive charging! How often do I need to utilize this beautiful charger? Not talking.”

I missed on this one. Tim Cook (almost in passing) dropped an 18-hour figure; Apple later backed that up with a semi-realistic looking use case. Based on the disclosed stats, one full day of ‘normal’ use appears to be realistic.  Time will tell—pardon the pun—as we will hear real-world numbers in April.

“All we know is pricing STARTS at $350; no doubt, that gets you the smaller Watch Sport (aluminum case) … Then we’re talking the ‘core’ Apple Watch with stainless steel cases and the sought-after sapphire crystal. … I’m willing to bet the range is $500-$650.”

What the hell was I thinking? Any sentence with the words ‘Apple’ and ‘bargain’ is clearly an oxymoron. And I was simply a moron: Watch Edition starts at a cool $10,000, and that sticks you with a fluoroelastomer band. Want one of those tricked-out leather bands? Grab a stiff drink now, because we’ll circle back to those shortly.

In summary, a very average performance on the prognostication front. Before we get to all the aforementioned circling back around, let’s discuss materials and metallurgy. Apple spent plenty of time—during the event and on the website—doing so … and this will serve as a beautiful segue from the subject of “Apple Watch” to the “Watching Apple” matter.

I’ve already mentioned the sport fluoroelastomer band. And not just ANY fluoroelastomer: “a custom high-performance fluoroelastomer.” Heaven help you if you call it ‘rubber’: Christy Turlington did so onstage—a major faux pax in her otherwise rock solid (seriously) appearance—as a result, she will likely never receive the gift of a chic Watch Edition.

The aluminum body of the Sport Watch? Not just ANY aluminum: “a new alloy of 7000 Series aluminum that’s 60 percent stronger than standard alloys.” And that’s only the tip of the iceberg: check out the first of the metallurgy lessons in this Apple video (QuickTime required, ‘natch’). I love the British voiceover, required to get the critically important pronunciation of ‘al-you-miny-um’).

The stainless steel body of the core Watch? You got it, no way is Sir Jonathan Ive going to settle for just any stainless steel: “We took a refined 316L stainless steel—an alloy that is remarkably corrosion resistant—and cold forged it to make it up to 80 percent harder. We also reduce impurities to achieve the mirror finish.” You absolutely must watch the second of the metallurgy lessons in THIS video, which may have been directed by Peter Jackson channeling scenes of Modor.

And it goes completely without saying that if one is ready to drop a stack of Benjamins, one damn well better get something beyond ‘standard’ gold: “Each has a watch case crafted from 18-karat gold that our metallurgists have developed to be up to twice as hard as standard gold.” And while the third and final metallurgy lesson is a suitably impressive video, one cannot help but wonder if Steve Jobs would have settled for anything short of 24-karat gold. (“Stop whining about ductility and build me a watch with 99.99% pure Au!”)

The metallurgy tour de force is classic Apple: “We’re perfectionists, we’re innovators … revel in the details of our craftsmanship.” This is the latest twist on Apple engineering expertise: along the same lines as the in-depth description of the inner workings of the display controller chip for the iMac with Retina 5K display, the “terraced, contoured battery design” and “entirely new [keyboard] butterfly mechanism” in the new MacBook.

Minor digression: if there was ever a device that would benefit from Apple’s patented MagSafe connector, it is the new two-pound MacBook. It would have required a third iteration of said connector, granted, yet it would have preserved a highly differentiated feature. Sorry, MagSafe is out the door, in the interest of ‘perfection’ in the form of a single USB 3.1 type C port. This is the same “we know what is best for you” logic that created the impossibly thin iPad Air 2 … that has shorter battery life than its thinner-than-a-pencil predecessor … which nobody dinged for being too thick.

I’ve covered the ‘classic’ Apple, Silicon Valley Geekdom honed and executed to the very highest level. Interesting stuff. The fascinating element is the ‘new’ Apple: rather than the best consumer electronics company, a luxury goods company. Finally, we circle back around to all those topics left ‘open’ earlier.

Let’s look at the prices of the three 38mm models, all paired with fluoroelastomer bands:

That folks, is luxury-based pricing: the relative pricing is built around scarcity and exclusivity, NOT underlying value. The aluminum and stainless steel cases are manufactured in the same manner—they are both milled and polished—so there is not a significant difference in manufacturing cost. 25-some-odd grams of stainless steel is ever-so-slightly more expensive than the requisite aluminum, but that is down in the noise.

So even under my extreme assumptions, each Watch sold generates 2.7x the gross margin dollars relative to the Sport. And that does not include the serious gross margin coinage on the more upscale bands: the Watch collection offers leather ($100-200 adder) and metal ($100-400 adder) options that not only look good, they reduce the odds that your stainless steel Watch is mistaken for an aluminum Sport.

This math gets really fun with the Edition. It holds 40-ish grams of 18-karat gold, which translates into roughly 0.85 troy ounces of pure gold (the actual content is very likely less, given that Apple’s patented alloy includes ceramic for hardness). To be entirely safe, call it $1000 in gold and throw in a healthy $200 for the extra manufacturing and hand polishing “by highly skilled jewelry artisans.” That $1200 COGS adder is handsomely offset—insert subtle British cough here—by the $10,000 price of the least expensive Watch Edition.

Each Watch Edition sold generates more than $8,500 in gross margin, coincidentally working out to be an 85% gross margin. And we’ll stop there, leaving the $17,000 version with the tricked-out leather band as an exercise for the reader.

At the risk of stating the obvious, it is vital that this does not get lost in the shuffle: all of these models deliver exactly the same functionality. It goes without saying that this is not the norm in horological circles, where higher price is often represented by mechanical marvels such as complications or tourbillons.

I’ve done a little modeling on the SKU mix of bands and landed on the following:

Do keep in mind that all of this is built atop the very conservative 25% gross margin assumption for the Sport. And let’s throw caution to the wind and guess that the unit sales by line are 55% Sport, 44% Watch and 1% Edition. Now get a load of this math; for every 100 units sold, gross margin dollar contribution is:

You are reading that correctly: the single unit of Edition generates 2.5x the gross margin dollars of the 55 units of Sports. Pay a visit to your old chum at Audemars Piguet, Patek, Vacheron Constantin—or for that matter Chanel, Hermes, Louis Vuitton—and run the previous sentence by them; ply them with a few top-shelf martinis and they will enthusiastically tell you “Now that is what I’m talking about!”

Those rumors of an Apple car you’ve been reading? Gee, it may set you back a cool quarter million dollars, assuming you want the version with leather seating. Not just any leather, mind you …