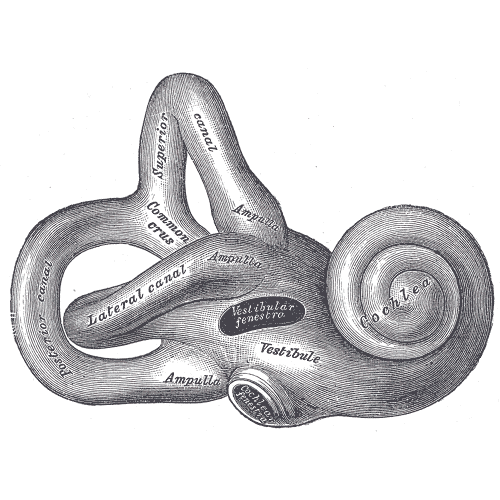 A Low-Power Gyro – For Real

We (or, at least, most of us) don’t have fancy navigational gadgets in our cars. (Your phone doesn’t count.) We expect the planes we fly on or the ships we sail on to have gyroscopes, but we don’t expect that, in our car, buried deep under the hood somewhere, lurks a classic gimbally sort of contraption madly spinning away and keeping us on the straight and narrow.

But… as you drove in to work today, you may well have been accompanied by a crude gyroscopoid thingy. (No, I’m still not talking about your phone.) In fact, the same item likely served as an accelerometer. In fact, it’s more evident as an accelerometer. If you had to decelerate rapidly, what might detect this? Could it be the coffee that has now been deposited as a thin film all over your windshield and dashboard?

Granted, such sensors are more useful if there’s some way of detecting their output (other than measuring the transmittance of your windshield). And more useful still if done accurately; coffee Rorschach patterns on the dash probably don’t qualify as accurate.

But here’s the thing: liquid can act as a sensor of changes in motion. In fact, even if you’re not a coffee drinker, you carry a system like that with you all the time – in your ear. It’s the vestibular system: those tiny canals that tell us when our world has gone all topsy-turvy. And, most of us have this – not quite all.

The fact that not everyone has this system (or has the system, but it doesn’t work) is a key point: a group in Cyprus has been working on an implant as a surrogate for uncooperative natural canals.

For those of you that immediately thought, “Wow! I had no idea Cypress was doing sensors!” I should emphasize that it’s Cyprus, as in the island, not Cypress, as in the tree. Or semi house. Specifically, it’s the University of Cyprus.

Picture a thin donut. Ultra-thin. As in, you’d need a whole lot of them to constitute breakfast. And not filled with cream or jelly, but with liquid. Perhaps coffee. If this were sitting horizontally on the cup-holder in your car, then your sudden slow-down wouldn’t have affected the coffee (assuming there’s absolutely no air in there). The left side and the right side would have experienced equal (negative) acceleration, and so the coffee would remain stationary (relative to the donut).

Turn a corner, however – or even do a donut (seems appropriate, but, for the sake of any lawyers we might have, not recommended), and now the inertia of that coffee will attempt to keep it stationary as the donut ring rotates.

That may not sound too useful – the coffee didn’t move with or without rotation, but what’s critical is that the donut did: the donut and the liquid inside the donut moved with respect to each other. So, from the perspective of the donut, the liquid did appear to move. If you had a way of measuring that, then you could sense rotation.

But if that donut were transparent and if the coffee were pure, you wouldn’t be able to see when a rotation event occurred. How to detect it? Well, we can look to the inner ear for clues. Its donuts are lined with cilia – tiny hairs rooted in the canals with nerves running to… wherever they go. Presumably the brain, eventually, if not immediately.

So we could anchor some artificial cilia – say, MEMS cantilevers – on the inside of the tube and let them dip into the liquid, measuring relative movement between the liquid and the tube. (This assumes there is a connection outside the tube that lets us detect deflection of the cantilevers.

And, voilà! An artificial vestibular canal.

Of course, if you’re going to implant something like this in a person, then the materials have to be carefully selected for biocompatibility (probably not donuts or coffee, since we aren’t implanting them in the GI tract). And it has to be ultra-low power, unless you want to wear a Power by Dre set of batteries on your ears.

This is the task that Julius Georgiou and his team took on at the University of Cyprus. A stylistic version of the resulting gyro is shown below; the actual picture is far more prosaic, being built out of layers of semiconductor materials. And the liquid they chose was probably the most tasteless, uninteresting thing imagineable: deionized water. Not even carbonated. Yuck.

There are a couple of things necessary for this to work. First, there can be no air whatsoever in the tube: the fluid must be completely incompressible. That turned out to be a tough trick, as it was hard to get all of the residual air bubbles out, what with the cantilevers getting in the way and giving the bubbles a place to hide or stick.

They ended up having to fill the thing with water, then put it in a vacuum – not too much, since you don’t want the water to boil – so that the bubbles would expand and come out with their hands up. Any remaining nanobubbles would then be crushed when returning to atmospheric pressure (gently, so as not to ruffle the feathers on the cantilevers) and dissolved into the liquid.

Second, the tube must be narrow enough so that fluid flow is laminar – with no turbulence. At the dimensions we’re talking about, they say that they’ve met this condition.

In fact, they say that the quality of raw signal they get is good enough to use on its own: they have no signal-conditioning ASIC. Which helps in a power-sensitive application. They claim sensitivity below 1 °/sec with power dissipation of 300 µW. That’s a super low power for a gyro, since all other types require active excitation of a mass, making them relative power hogs.

This can also compete with all but the smallest solid gyros in use now, and they see ways of making it smaller. So, even though it’s intended as an ear implant, it could be leveraged elsewhere (although not for navigation – it’s not that accurate).

This unit is, by design, a 1D gyro – detecting yaw if horisontal. Prof. Georgiou and I also had a brief discussion about making a 3D gyro. You would need to add longer vertical elements to allow vertical circular flow in order to do that. Based on the practicalities of manufacturing, however, those vertical portions of the channel, where roll and pitch events are detected, would be smaller (you can only go so deep) and likely of lower quality, so they’d probably not be as sensitive. (I’m just imagining, for example, if you tried to use DRIE for a vertical channel, you’d end up with those scalloped vertical edges, which could introduce some turbulence.)

I also wondered whether you could get all three dimensions in a single channel. I haven’t thought through the geometry completely (as we’ll note in a moment, my initial thinking was incorrect), but there’s a significant complication of doing so. Assuming perfect incompressibility, all the liquid moves at once, instantaneously. So, if you could craft a single channel that detected yaw, pitch, and roll, then any acceleration in any dimension would get the liquid moving. But you wouldn’t be able to tell exactly which dimension(s) did the accelerating, since they would all cause the same liquid movement.

If you wanted 3D sensing, the answer is the one chosen by nature:  three separate 1D channels. Just like you have in your ear.

But this also brings up another concept that I initially thought might be an issue. I discuss this only to illustrate some of the considerations involved in a device like this. There are some vertical drops in this device – short ones, granted, but they’re there. If you think in terms of just one of them, it’s easy to realize that out-of-plane rotation would get the fluid moving. In other words, it seems like roll and pitch might leak into our yaw measurement. And, by what was just discussed, if that were the case, you couldn’t subtract it out because there would be no way of knowing how much of the fluid movement came from such a leak.

My error came in thinking of only one of those vertical segments. My reasoning is correct for the one, but it ignores the fact that there’s another such segment on the other side, and it’s going to experience the opposite – and equal – acceleration. So the vertical segments cancel each other out, and there is, in fact, no leakage from pitch and roll. The team tested this, and they confirmed the result.

So we may now have a path to gyros that don’t own our batteries; the team is looking at spinning out a company that would commercialize the technology. That can have wide ranging impact, given the sensor fusion and sleep mode work now dedicated to keeping gyros asleep as much as possible. We may actually be able to let go of that concern someday.