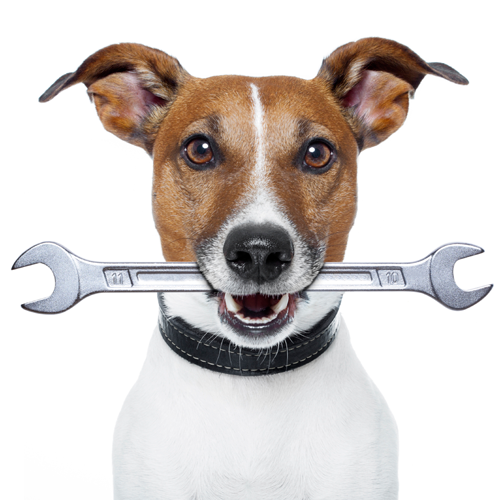 Putting Your Tools Where Your Mouth Is
by Kevin Morris

Breaking into any part of the FPGA market ecosystem is a substantial challenge. Countless companies have launched with various novel ways to take advantage of FPGA technology, and the countryside is littered with the carnage of their decaying carcasses. It’s not a friendly environment out there in FPGA land.

Ironically, the biggest danger for FPGA startups is the FPGA companies themselves. Their track records over the past couple of decades have established them as shining examples of the “frenemy” concept. In order to succeed in FPGAs, you have to partner with the FPGA companies. Then, at some point, you generally find yourself competing with them in one way or another – usually by trying to sell tools or IP that they give away for free.

Plunify is bringing a novel approach to the problem of survival in this harsh landscape. They’ve just launched a clever campaign to bring designers into their domain – at exactly the point of pain: when design closure fails with your conventional FPGA flow.

We have written about Plunify before. They first appeared on the scene a couple of years ago with a nifty idea to host FPGA tools in the cloud. The benefits of cloud-based tools are substantial, but the resistance in the customer base is equally strong. Even in the face of enormous upside, many engineering teams just don’t (or can’t) trust the cloud (any cloud, apparently) with their design data.

In the process of developing their cloud-based tools suite, however, Plunify created another interesting technology – a kind of expert system for FPGA tools. It works like this – Plunify’s tool runs numerous designs through the FPGA tool suite (provided by the FPGA vendor). Each design is run on a server farm, with varying tuning parameters applied to the FPGA tools. The characteristics of the design, the tuning parameters applied, and the results achieved all become the raw data for Plunify’s learning algorithms. Over time, the result is a tool that is a black-belt expert in running FPGA tools.

So, Plunify gave this technology a name: “InTime,” and they moved it out of the cloud and into your own, safe, cuddly little servers – behind your gleaming fortress of a firewall – where it can safely save you just when you need it most.

Sounds impressive, right? After all, FPGA tools are notoriously complex. They have dozens of features and options that can probably make your design better – if only you knew which ones to use and how to adjust them. Then, you run your design through, get back a report with a huge stack of timing violations, and don’t know which knob to turn to make things better.

It makes a lot of sense that a tool could methodically learn to run and tune another tool based on large numbers of runs on a large data set. But does this machine-learning approach really work? Can Plunify’s tool give an actual advantage on real-world designs compared with humans running those same designs through the tools? And, more importantly – can Plunify’s tool do a better job on MY design than I can using the standard tools?

But how are we to believe them? And what if MY design is some kind of exception to the rule?

Nobody wants to go to their boss for budget for a new tool, only to find out that it doesn’t help on their mission-critical design.

These are exactly the questions that shut down many potential customers who might get an advantage from Plunify’s tool. So, Plunify brought the proof to the pudding. They decided to put up or shut up. They threw down the gauntlet. (Have we used enough cheesy cliche metaphors yet?)

Plunify has now launched what they call “Results-Based Pricing” that lets you use InTime as a service. And, if InTime doesn’t give the results you want, it’s absolutely free. Think of it as a big “Break Glass In Case Of Negative Slack” emergency panel. You’ve got problems with your FPGA design? You call them up, sign an agreement, and pull the trigger. If InTime helps you hit your design goals, you pay the agreed fee. If it doesn’t, you walk away happy. (OK, not completely happy, because you’ve still got those timing violations. But seriously, if you AND Plunify can’t solve your design problem – you may need to re-think your design anyway.)

It’s as simple…ish as that.

Of course, anything that requires you to go down to the legal department to get a consulting agreement approved isn’t completely “simple,” but points to Plunify for trying. The company works with your IT group to set up the tool as a plug-in to your existing tool environment. And, you get to choose whether to keep the meta-data from your runs private, or to allow it to merge into the big data flow of machine learning that powers InTime.

Now, a word on that from us. Plunify says that only metadata from your runs is captured – none of your actual design data. While you’ll want to do your own investigation to satisfy yourself, we think that helping to populate the InTime machine with data to make it work even better is a good thing for the world. After all, you’re using it because other people volunteered their data, so you really should pay it forward. (Then, someday, InTime will probably become sentient, deploy some FPGA-based Terminators, and take over the Earth – enslaving all of mankind. But, meanwhile, we’ll all enjoy better timing closure on our FPGA designs.)

We think that the smart thing about Plunify’s strategy is that it doesn’t count on the fuzzy “Hey, wouldn’t you love to have a better FPGA tool?” kinda good-day rhetoric. I mean, sure, we’d all love to have a shiny new FPGA tool with unicorns and rainbows spraying out everywhere, but that’s not usually enough to make us head into the executive suite asking for a PO.

What IS enough to send us up there is pain – the kind of pain you have when you’re at your wit’s end with your FPGA design, you’ve tried everything you know and you’ve still got timing violations, your project is running behind schedule, and other team members keep walking past your cube looking in to see what’s going on. That’s when you feel like calling up Plunify and saying, “OK, dudes – bring the magic! Make me proud!”

Let us know if they do it for you.