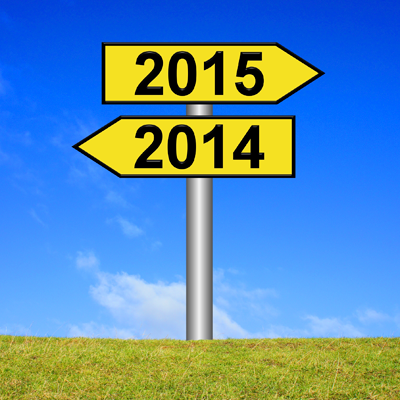 Have We Lost The "Wow" Factor?
by Dick Selwood

At a recent semi-social, semi-business function, I was asked what I thought the highlights were in electronics in 2014. I was stumped. Not only could I not think of a highlight then, I still can not think of anything that really stuck out in the year.

I’ve sat through many new product presentations and press briefings and received many more press releases, and there is a lot of creative thinking and very good solid engineering going on, resulting in good solid products that are meeting customer needs. I’ve written about some of them and hope to write about more some time later in the year. There have also been some things that have been a complete waste of time – but I have been moderately successful in trying to wipe those from my memory.

While some of the time I felt, “That’s pretty cool stuff”, I don’t remember a “WOW” this year. Most of the good stuff was building and consolidating, improving existing products, extending product families into new areas, enhancing tools to address new issues, and filling gaps. There were still claims of “fastest”, “smallest”, “best”, and the inevitable “this is the first widget to be built in 14nm” type claims. Have you held up a project until a chip reaches the next process node? This also ignores the clear evidence that what company A means by 14 nm is not what foundry B means by 14 nm.

Sometimes the write-up of the announcement goes beyond genuine excitement to unjustified hyperbole – and you wonder if they are just cynical or the if company has employed a PR company who really doesn’t understand the technology.

In processing, we are still waiting for extreme ultra-violet (EUV) for patterning and 450 mm wafers.  A quick Google search turned up discussion about 450 timing from as far back as 2006, but so far no manufacturing penguin seems to be making the jump into the 450 mm sea. The attempts at EUV go back well into the last century, and there are wafers that have been EUV patterned, but we are still some way off the level of throughput needed for volume manufacturing.

The same waste of energy seems to me to attend the arguments over whether ARM or Intel is going to win the processor architecture war?  What war? There may be a few overlaps in possible applications, but, on the whole, it is like arguing whether apples or oranges are better. Better for what?

In Europe, a determined resistance of minimal cooperation by the established, if not always financially successful, semiconductor manufacturers has seen off an attempt by outgoing European Commissioner for the Digital Agenda, Neelie Kroes, to try to bring some real life to rebuilding a European chip industry. They appear to have kicked her ambitious programmes into the long grass and instead have created a programme of fudges. Ms Kroes, who retired on rotation (we have to share these jobs around), has been replaced by two commissioners: Günther Oettinger is European Commissioner for Digital Economy and Society and Andrus Ansip is European Commissioner for Digital Single Market. (My feminist friends will note it takes two men to fill the place of one woman.)

While the rest of the world seems to accept that three-dimensional or FinFET technology is the only way to keep up with Moore’s Law, SGS seems to be making steady progress on pushing the much simpler FDSoI (Fully Depleted Silicon on Insulator).

That provides me with a neat segue to another issue. Last year, I heard Professor David May of Bristol University and founder of XMOS, ruminate on how much better software would be if a fraction of the money spent on chasing Moore’s Law had been invested in developing new and better methods of programming. This was in the context of how, while hardware designers are spending huge efforts to cut fractions of a watt of power consumption on a mobile device, the programmer doesn’t know the power consequences of the options of aspects of an application that can be implemented. The choice of different coding approaches can make a difference of up to two orders of magnitude in the number of cycles that the processor needs to reach a result, with a consequent burn of power. Not only does the programmer not know this, but – even if he is interested (and very few people have told him that he should be) – he has no way of finding out. There is work going on in this area, and I hope to be writing about it soon.

Software is continuing to supplant hardware as having the central role in building systems, but we still have people developing software without the knowledge of the development process that was learned elsewhere years ago.  There is so much more to developing systems than just writing code that compiles after spending hours debugging. Many software developers do not have access to the methodologies and tools that can both dramatically speed up the development process and also produce significantly better quality software. These tools cost a fraction of what is routinely spent on hardware test tools.

Another grouse is that across the board, not just in the embedded market, systems are being developed without thinking of security. The Sony hacks are just the tip of the iceberg. Barely a week goes by without our reading of another insecure website yielding to some evil-minded hackers the personal data, including credit card information, of tens of thousands of people. Companies are happily passing vast amounts of data to cloud storage, yet what security does the cloud offer? And what level of protection do the cloud service providers give against government intrusion?

One of this year’s constant themes has been the Internet of Things. This means I have sat through dozens of presentations and read what seems like hundreds of emails. (Just checked – in the last 12 months I have received over 500 emails where the body of the email included “Internet of Things”.) It is hard to remember a single one where a significant feature was security, apart from a briefing by a company who was setting up a study on the security aspects of IoT.

Now, since it is a starting point that there will be lots (as in many millions) of devices communicating wirelessly, that means that there are as many opportunities to intercept, either to monitor or to actively interfere with, wireless messages. It may be that you are not too concerned about the information from your fitness band being intercepted, but an interruption or interference with things such as heart monitors would be more serious.

A continuing concern of mine is the way in which many people talk about companies such as Uber, Facebook, Twitter, and the like as “technology companies” in the same breath as they do Apple. Uber is less of a technology company than many banks. My local supermarket deploys enormous quantities of technology to stock the shelves and, through analysis of gazillions of loyalty card and credit card transactions (for those shoppers who think not having a loyalty card keeps their shopping information private), makes me special offers that they hope I will find interesting.  And, when I shop on line, one of the courier companies gives me a potential arrival time and allows me to track the courier as he travels the local streets following a delivery algorithm created for him.  But neither my supermarket nor my courier is regarded as a technology company. This would not matter greatly, except that when we have this “technology” bubble burst, which must come soon, once again real technology companies will suffer

Perhaps this is just the discontented ramblings of an old hand, and perhaps tomorrow I will feel more cheerful. Perhaps 2015 will be different and we will see some amazing things and get some real excitement.

I hope so – and I hope that you have an interesting and prosperous year.